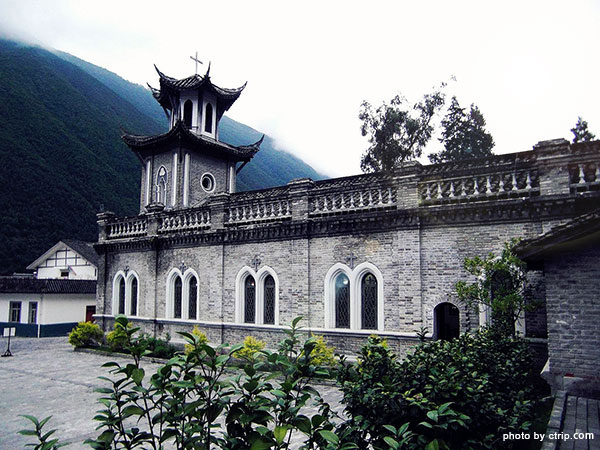 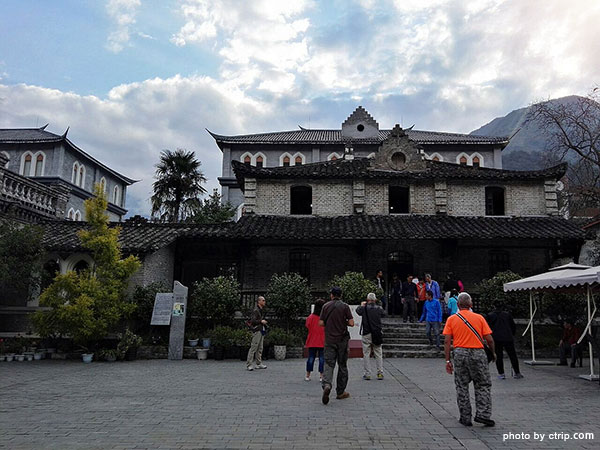 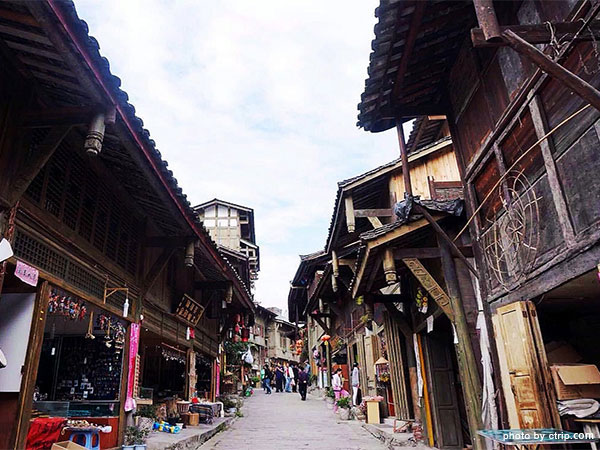 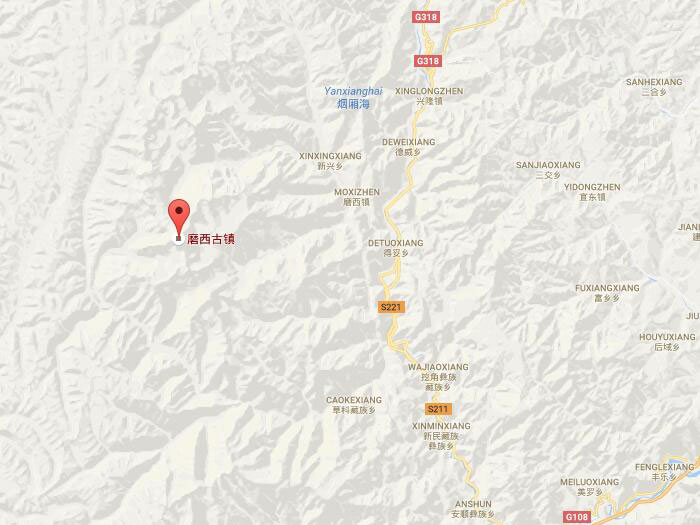 
Moxi Old Town(Chinese name: 磨西古镇) is located in the south of the Luding County in Garze, close to the Mount Gongga and the Hailuogou Glacier Forest Park. It is about 304 km away from Chengdu city, and about 70 km from Kangding.

Moxi Old Town is the settlement of the Han Nationality, Yi Nationality and Tibetan Nationality. It has kept a complete ancient town blocks; those blocks are the ancient building group built during late Qing Dynasty. Also, you can find a Catholic church built by the French and the red army camp led by Mao Zedong in 1935.

【Luding Bridge】Luding Bridge has three hundred years history. This bridge is an ancient architecture with timber structure. There are 13 root chain anchor on both sides of the bridge. This bridge is 101 meters in length and 3 meters in width. It has been Sichuan-Tibet traffic thoroughfare. It famous for the significant war which is the Red Army fighting for the Luding Bridge in the process of the Long Twenty-five-thousand-kilometer March.

【Catholic church】
In a deep lane of the Chinese style buildings in this town, there is a western Catholic church, which adds another lasting appeal of the town. This church was first build by a the romantic French missionaries; but in building style, it blended in southwest China's traditional temples style. It is said that during the Red Army's Long March, Mao Zedong had put this church as a headquarters, planing the future of the Red Army here.

【Hailuogou Glacier Forest Park】
Hailuogou lies in the foot of the Mount Gongga. In the sunshine, looking out at the firn on the Mount Gongga, this mountain is extremely grand, resplendent and magnificent. In this world of ice and snow , there is dozens of hot springs; tourists can enjoy your hot spring bath on the glacier.

【Avalokitesvara Ancient Temple】
At the end of the town, there is a little Avalokitesvara ancient temples; it is located down the Mount Gongga. This temple is very small, but it has an ancient cedar tree which has one thousand eight hundred years history. Though it is small, there are a lot of people burning incense and worshiping the gods there.