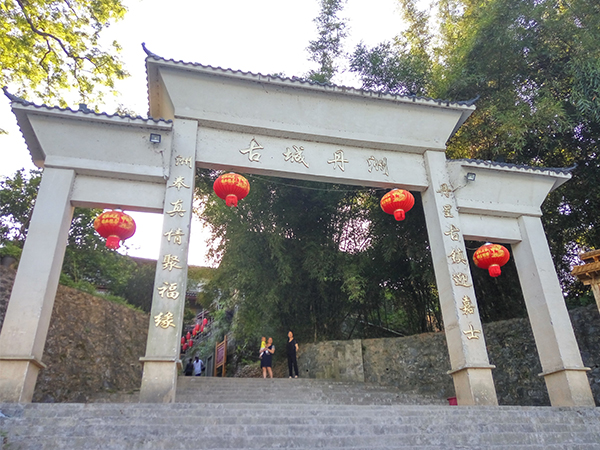 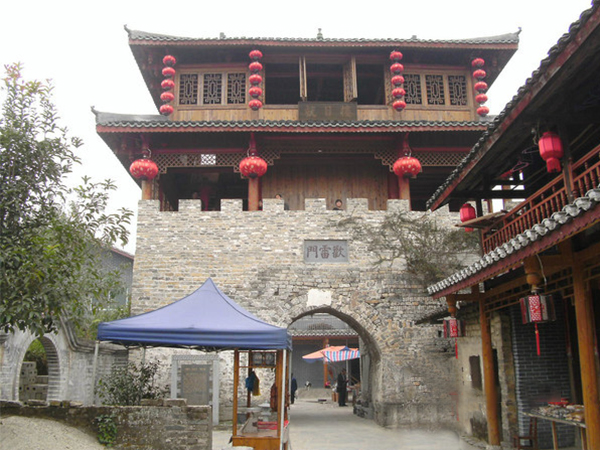 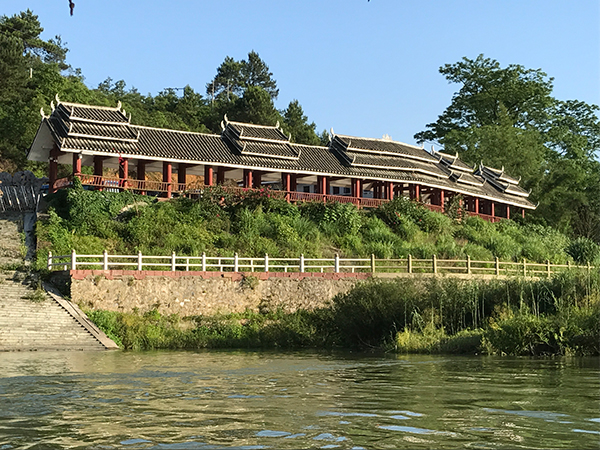 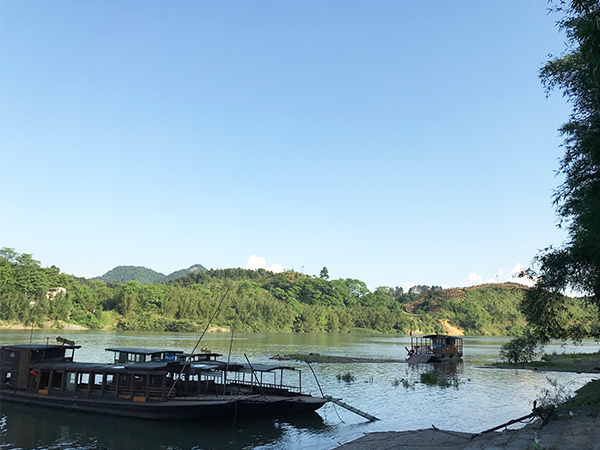 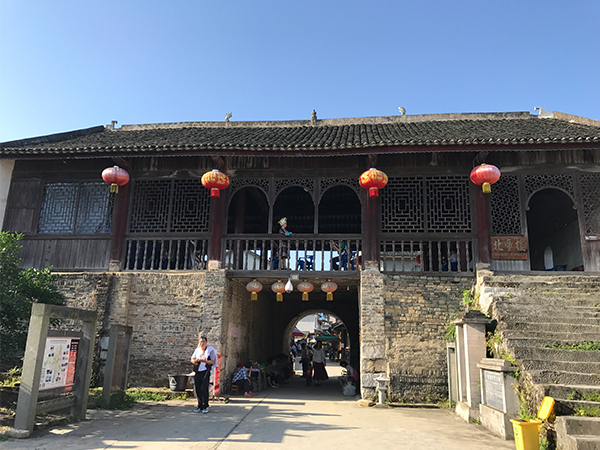 
Danzhou Ancient Town is located at the southern end of Sanjiang County, Liuzhou City, Guangxi Province, which is adjacent to Rongshui in the west and Rong'an County in the south. The 209 National Road runs through 7 administrative villages in the town, and has the Zhiliu railway line and the Rongjiang route in the west. It is 140 kilometers north to Liuzhou and 55 kilometers south to Sanjiang County. Surviving by the water, living by the river, is the way of life of Danzhou people.

Danzhou Ancient Town is an agricultural humanities scenic tourist area integrating the functions of ancient town scenery, agroecological pastoral experience, farmhouse dining and entertainment. Residents have mainly planted Shatian pomelo for generations. 1,100 Shatian pomelo trees have been planted on the island, and some have reached the age of hundreds of years. The beautiful ancient city, fragrant fruit and the quiet environment attracts countless tourists. There are 52 farmhouse hotels in the scenic spot. Visitors can live in farmhouses, eat farmer meals in the ancient town and enjoying the happiness of farmhouses.

The ancient city wall of Danzhou is 879 meters long, 5.3 meters high and 3.6 meters thick. There are 450 city walls, four gates from east to west and north, and a gate tower. In addition to defending against war, Danzhou Ancient City Wall also has an excellent protective effect on floods. In the Qing Dynasty in 1902, the ancient city wall blocked the catastrophic flood, so that the officials and people of Huaiyuan County were spared from a disaster. So far, the ancient city wall of Beimen has been preserved relatively well. The inscriptions in the city gate recorded part of the history of the changes in the ancient city.

The Fujian Guild Hall, also known as the Tianhou Palace, has a history of three hundred years. The Fujian-Guangdong Guild Hall was built in the late Ming and early Qing dynasties by a surname of Xue, a wealthy merchant, and built according to the pattern of the Mazu Temple in Tianhou Palace, Zhangzhou city, Fujian province.

Beimen Building is located in the north of Danzhou, also known as “Jingding Gate” and “Beidian Building”. It is a combination of a door and a building in a suit, 38 meters high and 11 meters thick. Above is the wooden floor, below is the door of the blue brick, it was the military center at the time.

Danzhou academy, then the highest educational institution in Sanjiang county, covers an area of 1340 square meters, with dormitories, academies, sports grounds, classrooms, offices, flower beds and other places for students. Danzhou academy was a relatively perfect educational place in the Qing Dynasty. During the Republic of China, it was renamed Sanjiang First Primary School and is now the seat of Danzhou Primary School. The academy is the largest building in the ancient city of Danzhou.

There are three Golden Weeks in the year of Danzhou Tourism, the “May 1st Labor Day”, “October 1st National Day” and November Danzhou Grapefruit Festival. Every year in early November, the grapefruit festival is held. Men, women and children all over the island are busy picking grapefruit, moving grapefruit, transporting grapefruit, and selling grapefruit. Visitors can participate in it.

Transport: The ancient town is surrounded by water, there is no road, and bridge that can pass. If you want to go to this ancient town, the only way to get there is by boat.