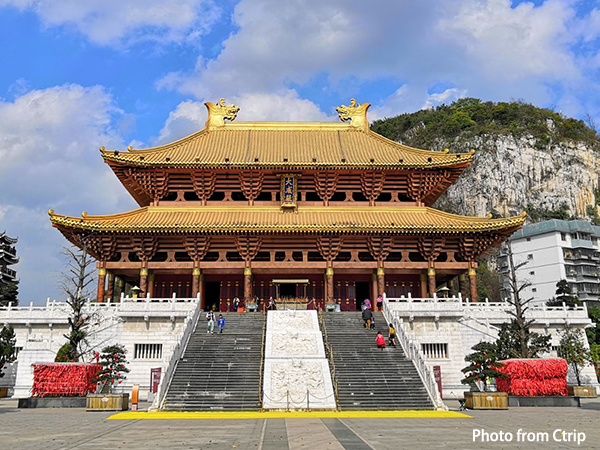 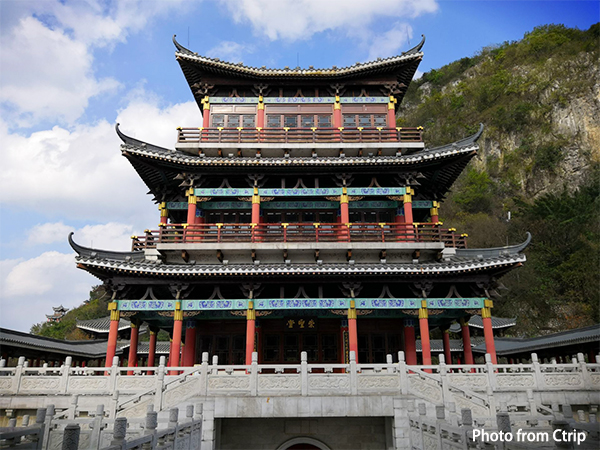 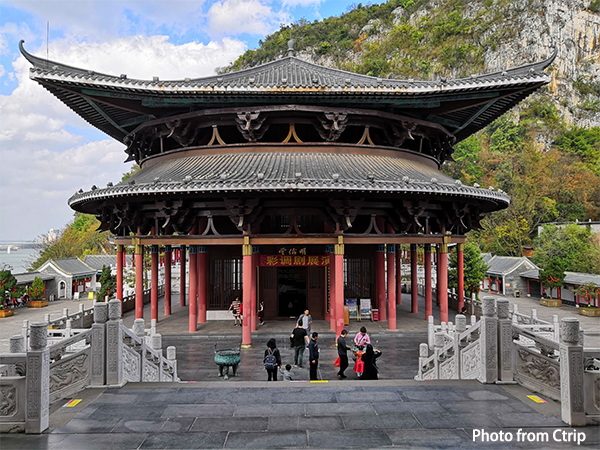 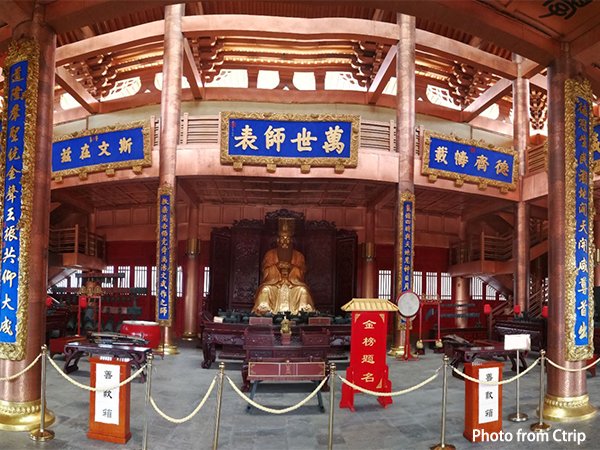 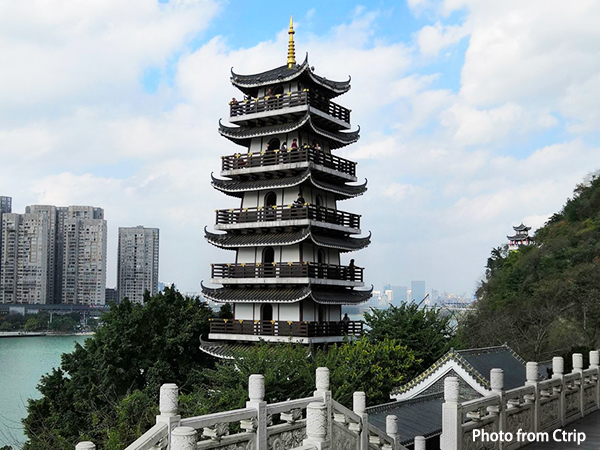 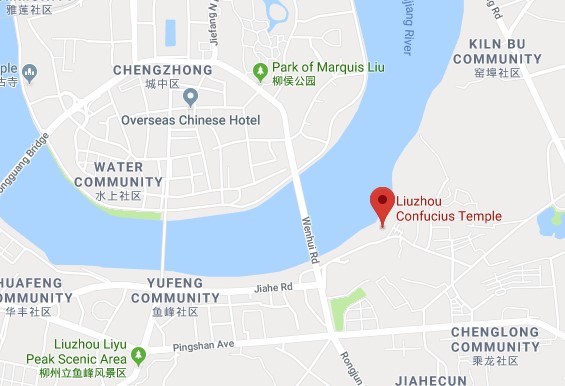 
The Confucius Temple, also known as Temple of Literature, is located in Shuinan Rd, Yufeng District, Liuzhou City, Guangxi Province. It is a place to worship Confucius. The Temple of Literature is an important cultural landmark in the “Bali Liujiang” landscape, a classic of more than 2,000 Chinese Confucius temples. It is a national 4A level scenic spot. 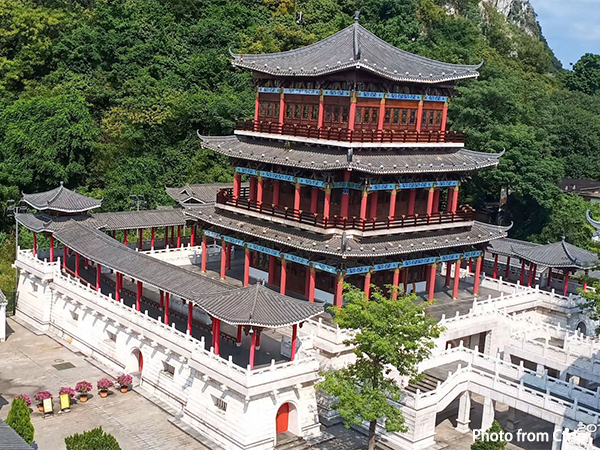 After more than two thousand years of development, the Temple of Literature has gone far beyond the meaning of monumental architecture and has become one of the symbols of Chinese culture. The existence of the Confucian Temple reflects the mainstream position of Confucianism in Chinese traditional culture. 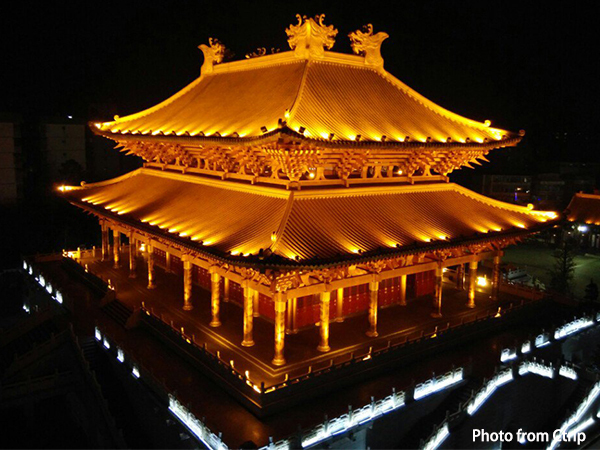 What to see in Confucius Temple

The main hall of the Temple of Literature is the Dacheng Hall, which is composed of the East Temple, the West Hall, the East and West Gates, and the Monument Hall. It is called "Dacheng", which refers to Confucius' morality. Dacheng hall, also known as the hall of ancestors, is the main hall dedicated to Confucius and Four Sages with Twelve Philosophers. The Dacheng Hall, a replica of the Tang Dynasty’s double-hipped roof top building, is 30 meters high, 49.7 meters wide and 47.5 meters in depth. It stands on a base of 5.8 meters high and is the core body of the entire Confucian temple complex. Dacheng Hall is also the central place of the Confucian memorial ceremony on September 28th.

Xing Tan is the place where Confucius taught his disciples. Xingtan is located between Dachengmen and Dacheng Hall. Before the Song Dynasty, it was the main hall of the Confucius Temple. The existing double-eave cross ridge building was rebuilt in the third year of the Ming dynasty. There are four archways in the square: “Taihe Yuanqi” in the north, “Zhisheng Temple” in the south, “Deyi Tiandi” in the east and the “Daoguan Gujin” in the west. The altar base is consistent in shape from all sides and has unique architectural features.

Chongsheng Hall, formerly known as Qisheng shrine, is mainly dedicated to Liangge, the uncle of Confucius. Chongsheng Temple, after the Dacheng Hall of the Confucius Temple, is the place where the ancestors of Confucius are worshipped and sacrificed. Built in the Jiajing nine years of Ming Dynasty (1530), the roof of the blue tile replaced by green glazed tile in the Qing Emperor Qianlong two years (1737).

Minglun Hall is located behind the Dacheng Hall, with double eaves tip and gray glazed tiles, 22.5 meters high, 21.6×21.6 meters wide. Inside the temple, algae wells, doors and windows are decorated with precious nanmu, the architectural form is unique. Minglun Hall was a Confucian lecture hall in the Ming Dynasty, and a Confucian classroom in the Qing Dynasty. Now, it is the exhibition room for Confucius' life. It introduces the whole life of Confucius and his position and influence in the history of China and even the world.

The Wenchang Pagoda is 29 meters high (including the spire), the tower is square and the side is about 9 meters long. This tower is named after Wenchang. It is intended to use the tower as a pen, river as ink, crane as the book case and heaven and earth as the scroll, which means that the rising stars of Liuzhou will be able to carry up such giant pen, shoulder the historical mission and become the pillar of the country.

►How to get to Confucius Temple

Take bus No. 48 in Liuzhou City and get off at Shui Nan Road West.

In addition to being closed on Mondays, the Liuzhou Confucian Temple is open to the public from Tuesday to Sunday. The specific opening hours are: 9:30 am to 4:30 pm and 7:30 pm to 10:00 pm.

During the opening period, citizens and tourists can register at the gate with valid id cards, elderly id cards, student id cards, military id cards and other valid id cards, and then get free tickets to visit the Confucian temple.