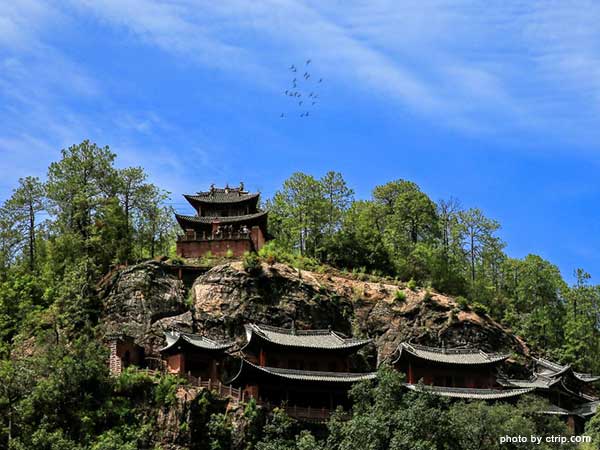 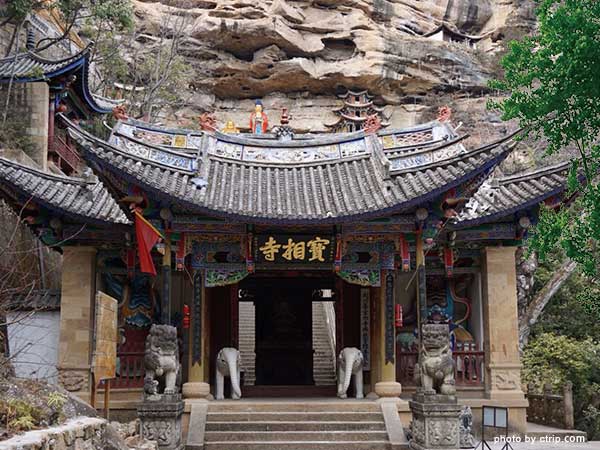 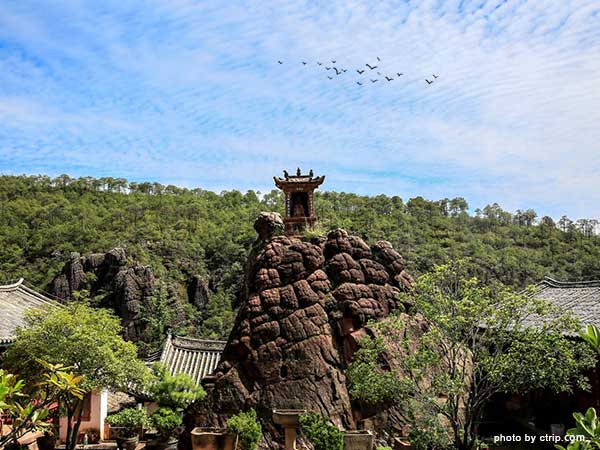 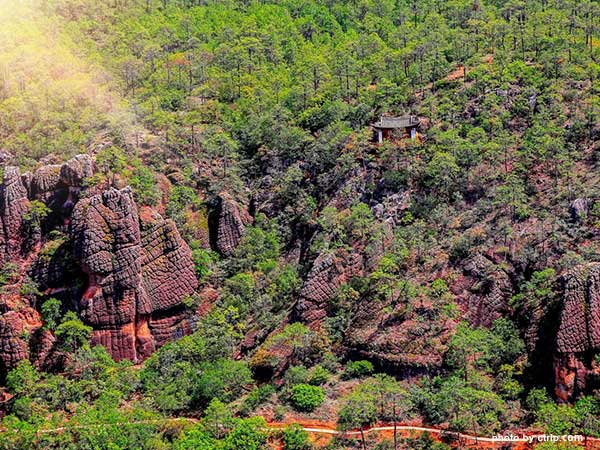 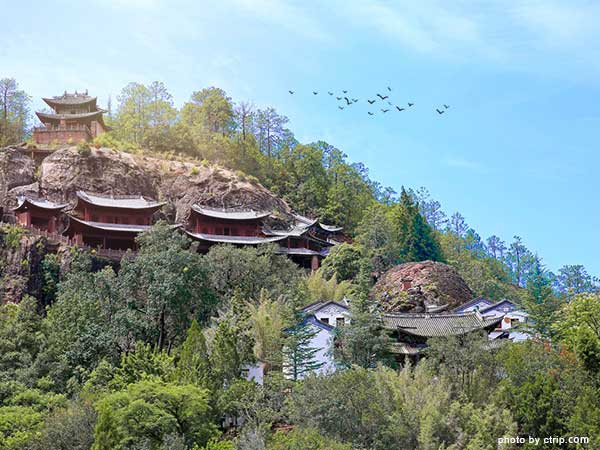 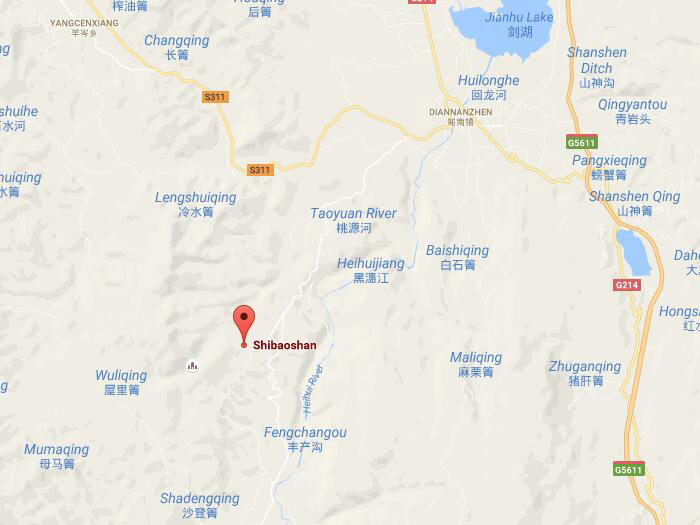 
Shibao Mountain is located 25 km southwest of Jianchuan County, north to Dali City in Yunnan Province. As there are turtleback-shaped cracks on red sandstones of the mountain, it looks like lion, elephant and bell, and named Shibao Mountain. It is one of the 44 key scenic spots of the first batch the State Council released, and is an important part of Dali Scenic Area.
Shibao Mountain Scenic Area is located in Jianchuan County, which is 120 kilometers from the north of Dali City. Shibao Mountain is Danxia landform mountain. The globular weathered granites formed picturesque peaks and rocks looks like bell, arrow, lions, elephants, which are very unique. There are scenic attractions one after another, such as Shizhongshan Grotto, Baoxiang Temple, Jinding Temple, Haiyunju Temple, Shizhong Reservoir and so on. Its scenic spots include Haiyunju Scenic area, Baoxiang Temple and Shizhongshan Grottoes, the three parts.

There are hanging Baoxiang Temple built in Yuan Dynasty, Jinding Temple built in Ming Dynasty, and Haiyunju built in Qing Dynasty, with long history and difference characters.
【Shizhongshan Grottoes】
On Shizhong Mountain, there is a bell-shaped huge rock on the hillside, hence the name. Shizhongshan Grottoes distribute in Shizhongshi, Shiziguan and Shadeng Village, the three regions, which is the art treasures created by Bai Minority. It is also the largest and best preserved grottoes existing in Yunnan, as one of the first batch of national key cultural relics protection units. It has a total of 16 grottoes and 139 statues with a history of over 1000 years built during Nanzhao and Dali Kingdom periods.
【Haiyunju Temple】
Haiyunju Temple is the first Buddhist temple of Shibao Mountain Scenic Area. It is located at the left side of the foot of Shisan Hill. It sits southwest toward the northeast, facing the green Jian Lake and Lijiang Yulong Snow Mountain in distance. The Temple was built in Qing Dynasty.


【Baoxiang Temple】
Taoist Baoxiang Temple, located on Foding Mountain, is built on a towering steep cliff. The lower layer is the main hall, while the Second Hall is Temple is the temple. It was built on the cliff, which is known as the "Hanging Temple in Yunnan."

Shibao Mountain Song Festival is a grand traditional ethnic festival of Bai Minority. The fesitival starts from the 26th day of the seventh lunar month and ends at the first day of the eighth lunar month.
During the festival, the Bai people from Jianchuan Eryuan, Lijiang, Dali, Lanpin and other places, will come wearing national costumes. The song festival is the grand gathering of Bai people to express feelings and also a communication of poetry art and the bridge of inheriting folk literature and art. Shibaoshan Bai song has been listed in international list of national songs.