How to Get to Leshan Giant Buddha from Chengdu

Where is Leshan Giant Buddha?

The Giant Buddha of Leshan, also known as Lingyun Buddha(because it is carved on Lingyun Hill), is situated at the east of Leshan City, 162 kilometers (about 100 miles) from Chengdu City, at the confluence of three rivers, namely, Min River, Qingyi River, and Dadu River. Buddha is a statue of Maitreya Buddha with a height of 71 meters. As the biggest carved stone Buddha in the world, the Giant Buddha is featured in poetry, song and story since the ancient times. 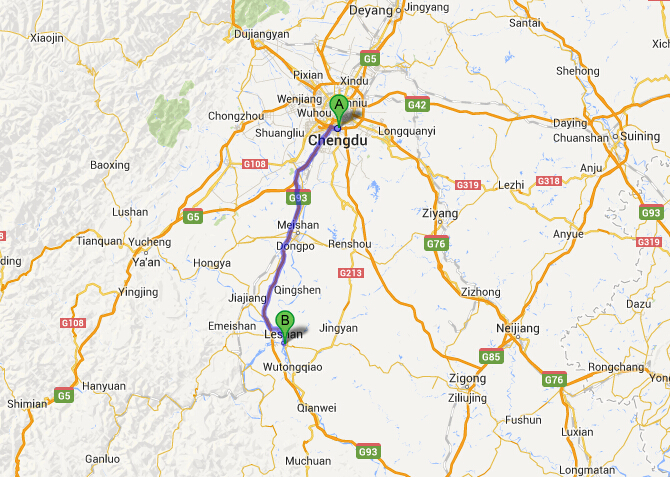 → A is for Chengdu and B for Leshan Giant Buddha

There are 40 bullet trains depart from Chengdu East Railway Station to Leshan Railway Station every day. The journey takes about from 46m to 1h48m varying from different trains. The first train departs at 06:00 and the last one departs at 22:05. The ticket fare ranges from 54 to 162 yuan depending on which standard seat you are taking. After getting off the train at Leshan Railway Station, take a local public bus like Bus 3 or taxi to get to Giant Buddha Scenic Area.

Buses leave from Chengdu Xinnanmen Bus Station every 30 minutes from 8:10 to 19:35. The bus station is located at No. 57 Lin Jiang Zhong Road, Wuhou District, Chengdu. The journey takes about 2 hours. The bus can take you to Leshan Giant Buddha Scenic Area directly. And bus starts from Chadianzi Bus Station can also go directly to the Leshan scenic spot.

Also, there are also few buses at Ximen, Shiyangchang or Airport Passenger terminal Bus Station leaving for Leshan. So, you’d better to go to Chengdu Xinnanmen Bus Station to catch a bus/coach. In the downtown of Leshan City, tourists can get to the Leshan Giant Buddha Scenic Area by taking public bus Nos. 3, 7, 8 and 13 or ferry.

Note: the information is only for your reference.

Car Rental is a comfortable way for traveling to Leshan, which will take you directly to the destinations without transfer. How to get to Leshan Giant Buddha from Chengdu by car rental? TopChinaTravel can offer transfer service with a professional tour guide or tour package of Leshan Giant Buddha from Chengdu. If you need, please feel free to send the details to sales@topchinatravel.com. 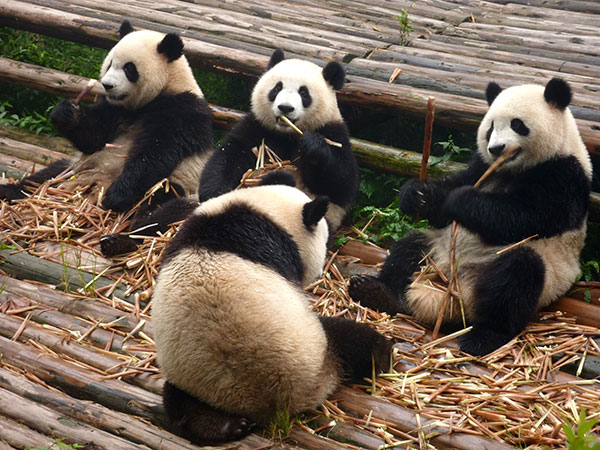