Famous Landmarks in Shanghai are considered the Name Card of Shanghai, like the Bund, Oriental Pearl TV Tower and Huangpu River, etc. ancient and new. They somehow demonstrate a certain character or role Shanghai played to the world. Come with TopChinaTravel, to witness and appreciate those famous Shanghai Landmarks.

The Bund, is a term usually refers to the buildings and wharves on this section of the road, as well as some adjacent areas. It is Shanghai's famed waterfront promenade, stretches 1.5km along the west bank of Huangpu River, which is known as the “the exotic building clusters of Shanghai”. And it is one of the most popular attractions in Shanghai.

Facing the modern skyscrapers Oriental Pearl TV Tower and Jinmao Tower across the river, the Bund is a big stage displaying its rich collections of early 20th-century architectures. These buildings were built respectively during the 20s and 40s of the 20th century with different architectural styles but were well harmonized. The buildings are all decorated with floodlights. At night, the Bund is brightly lit, glittering and dazzling to the eye. It is the symbol and mark of Shanghai. 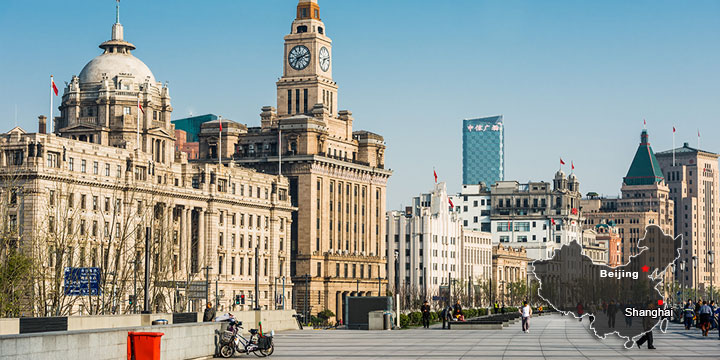 The Shanghai Tower is the tallest skyscraper in Shanghai so far (2018). It is a super skyscraper with the highet of 632 metres (2,073 ft) tall tower with 128 stories. The tower was Designed by international design firm Gensler and owned by the Shanghai local government, it is the tallest of the world's first triple-adjacent super-tall buildings in Pudong, surpassing the Jin Mao Tower and the Shanghai World Financial Centre who are just standing next to it. Ground was broken in 2008 and the building program was finished in March 12th 2016. Shanghai Tower is now famous landmark standing at the east bank of Huangpu River.

Shanghai World Financial Center is the new landmark of Shanghai located in Pudong District, with a height of 492 meters. It is the 3rd tallest building of the world. This building is a mixed-use skyscraper, consisting of offices, hotels, conference rooms, observation decks, and ground-floor shopping malls.Comprised 101 floors above ground and 3 floors underground, the building's most distinctive architectural feature is the aperture at the building peak, which has a trapezoidal shape resembling a bottle opener.The building has three sigtseeing decks. The lowest one is located on the 94th floor, with a height of 423 meters, the second one which named "Observatory Bridge", is 439 meters high, on the 97th floor, while the highest one is situated on the 100th floor with 474 meters height.

Shanghai Jinmao Tower was once the tallest skyscraper of mainland China with the total height of 420 metres before it was surpassed by Shanghai Tower and Shanghai World Financial Center and Shanghai Oriental TV Tower. Together with those towers standing at the most expensive  Pudong area of Shanghai, Jinmao tower takes a part in forming the most picturesque skyline of Shanghai. It has 88 stories (93 stories if counting the floors in the spire) containing shopping mall, the Grand Hyatt Shanghai hotel and offices ocuppied mostly by world top 500 enterprises.

With a total height of 467.9 meters, facing the European-style architectures on the Bund, the other side of the Huangpu River, the tower is with multi-functions for sightseeing, catering, shopping and amusement. The sightseeing floor is located at 263 m (Sightseeing Floor). 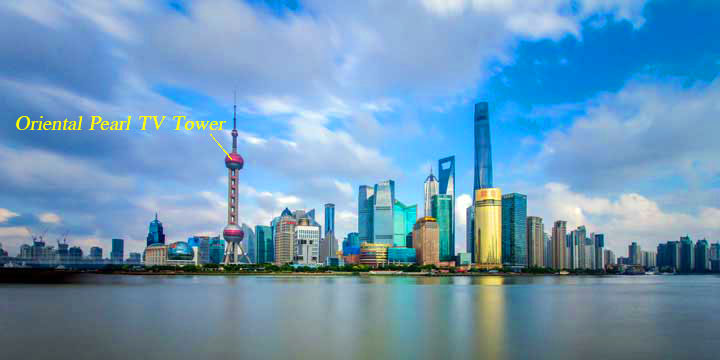 Yuyuan Garden, or Yu Garden, is the only fully restored classical Chinese garden in Shanghai,which located in Huangpu District, the central area of Shanghai. It was first conceived in 1559 during the Ming Dynasty, as a private garden. As a paragon of the south Chinese landscaping style of the Ming and Qing dynasties, nowadays, it is a MUST for all visitors to Shanghai.

Although the Garden occupies less than five acres, demonstrates perfectly the sophisticated art of combining several different elements to create a world in miniature - ingeniously mingling pavilions and corridors, small hills and carefully selected and well-placed rocks, lotus ponds, bridges, winding paths, and trees and shrubs. The Exquisite Jade Rock, a porous 3.3-meter, 5-ton boulder, is the centerpiece of this garden. 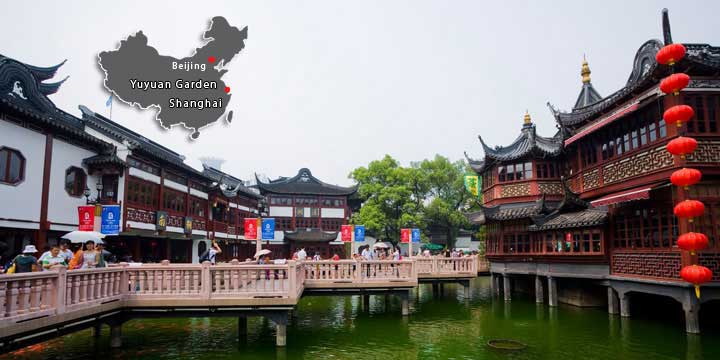 Huangpu River is considered the "Mother River" of Shanghai, which with a length of 113 kelimeters, flows through the city and pours into East China Sea. The average width of this river is 400 meters while with a depth of 9 meters. It divides the city into two regions: Pudong to its east and Puxi to the west.

Shanghai gets most of its drinking water from the Huangpu River, which thus plays an important part for the metropolis. When Shanghai citizens refer this river, they always express their gratitude because it raises them for generations.

And the most beautiful scene of Huangpu River can be appreciated during the dusk time. When the sun sets, Huangpu River is veiled in the glittery neon lights on its banks. At this time, a Huangpu River Cruise is one of the best ways to see both old and new Shanghai. As you sail down the river towards the East Sea, you can enjoy the views of the full sweep of the Bund and the 21st century cityscape of Pudong.