The best time to travel in Shanghai is in spring and autumn, The city has a subtropical maritime monsoon climate, with four distinct seasons. Generally, the warm Spring and cool Autumn are the more comfortable seasons. While Summer and Winter are far less pleasant. Overall, Shanghai enjoys a mild and moist climate. 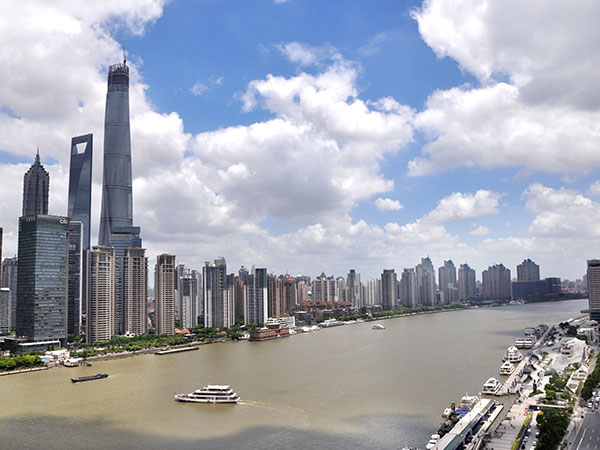 Travel to Shanghai in spring

Spring is warm and pleasant. So it is very suitable for a trip or traveling.
► It is a good time to have a tour in Shanghai and cities around it, such as Suzhou and Hangzhou during spring days. The landscape in the mist will let tourists enter into a fairy land on the earth.

Travel To Shanghai in summer

Summer in Shanghai is very hot and humid, with July and August having the highest temperatures. Typhoons and sudden heavy rains frequently assail this city during Summer. When traveling in Summer, please prepare umbrellas, which can be used to protect against rain, as well as the strong sunshine on sunny days.
► Because Shanghai is a big city, so it may be more hotter in the city attractions such as the Jade Buddha Temple, Yuyuan Garden in summer.
► A recommended site for getting rid of summer heat in Shanghai is the Zhujiajiao Water Town which can be reached within one day.

Travel to Shanghai in autumn

Autumn is one of the best times for visiting Shanghai. The weather is generally sunny and dry. This is also the best time for eating crabs in Shanghai. From late August till early September, weather in Shanghai is frequently influenced by typhoons and rainstorms, but they rarely cause substantial damage. When traveling in Shanghai during these periods, please prepare umbrellas or raincoats.
► The most pleasure thing in Shanghai autumn tour may be the short walking experience along the Bund during the night.
► Also, appreciating the Shanghai night view when have a Huangpu River cruise

Travel to Shanghai in winter

Winter in Shanghai is characterized by bitingly cold north wind and heavy humidity. Nighttime temperatures often drop well below zero, but it rarely snows. The coldest period is from late January till early February, usually during the Chinese Spring Festival.
► Shanghai is comparative boring during the winter time. It is more like a economic city than a travel destination in winter time.
► If you are lucky enough, you can appreciate the snow scene of the Bund in Shanghai.