English
Feedbacks & Reviews | About us | Contact us
Home > Destinations > Qingdao 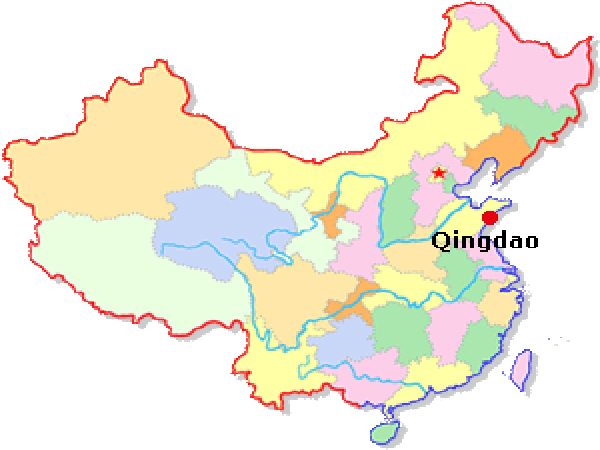 Qingdao also known in the West by its postal map spelling Tsingtao, is a major city in eastern Shandong province, People Republic of China. It borders Yantai to the northeast, Weifang to the west and Rizhao to the southeast. Lying across the Shandong Peninsula while looking out to the Yellow Sea, Qingdao today is a major seaport, naval base, and industrial center. It is also the site of the Tsingtao Brewery. The character Qing in Chinese means "green" or "lush", while the character Dao means "island". Qingdao is administratively at the sub-provincial level. In 2008, Qingdao was named China 7th-most livable city.

Qingdao is perhaps most famously known for the Tsingtao Brewery, which German settlers founded in 1903, and which produces Tsingtao beer, now the most famous beer in China and known worldwide.

In 1984 the Chinese government named a district of Qingdao a Special Economic and Technology Development Zone (SETDZ). Along with this district, the entire city had gone through amazing development of secondary and tertiary industries. As an important trading port in the province, Qingdao flourishes with foreign investment and international trade. South Korea and Japan in particular made extensive investment in the city.

In terms of primary industry, Qingdao has an estimated 50,000 acres (200 km²) of arable land. Qingdao has a zig-zagging pattern coastline, and thus possesses an invaluable stock of fish, shrimp, and other sea resources. Qingdao is also home to a variety of mineral resources. Up to thirty different kinds have been mined. Qingdao's wind power electricity generation performs at among the best levels in the region.

Geography: Qingdao is located on the south facing coast of the Shandong Peninsula. It borders three prefecture-level cities, namely Yantai to the northeast, Weifang to the west, and Rizhao to the southwest. The city's total jurisdiction area occupies 10,654 square kilometres. The populated sections of the city are relatively flat while mountains spur up within city limits and nearby. The highest elevation in the city is 1,133 metres above sea level. 15.5% of the total area is highland, while the foothill, plain and lowland areas constitute 25.1%, 37.8% and 21.7%. The city has a 730.64 kilometres coastline. Five significant rivers that flow for more than 50 kilometres can be found in the region.

Administrative Division: The sub-provincial city of Qingdao has direct jurisdiction over 7 districts and 5 county-level cities.

Climate: Qingdao climate is monsoon-influenced and falls on the borderline between humid subtropical and humid continental. Winter is cool to cold and windy, sometimes snowy, but generally dry, with a January average of −0.6 °C. Summer is generally hot and humid, but very hot days are rare, with an August average of 25.7 °C. Due to its proximity to the coast and being on a peninsula, it experiences a one-month delayed spring compared to most of central China. Conversely, autumn is much milder than inland areas. The water temperature peaks at about 25 °C in late August, with swimming possible two months on either side.