Where to stay in Lhasa

Lhasa is the tourism center and economic, political center of Tibet. With the development of train, the accommodation in Lhasa has been greatly developed. There are many star rating hotels in Lhasa, the charges will be changeable according to different time. During May to October is peak season, and in the other tine there is no many tourists to visit Lhasa, therefore it is off season. It is worth to mention that the 3 star in Tibet is quite different compared to the other cities in China. 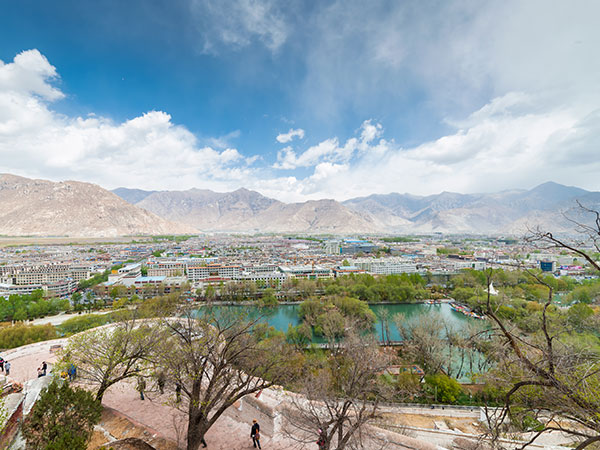 ♦ Lhasa Old Town
Lhasa old town is actually located in Beijing East road, is a part build with the Jokhang Temple as the core, the Barkhor as the circle line. It is 1 square kilometers range, the total area of more than twenty thousand square meters. And there is no clear boundary between new town and old town. And due to the Tibetan architecture is preserved in here, and the streets of commercial space also are given priority to with Tibetan commodities, hotel, which has a significant difference between the new town and the old town so it is referred to call as the old town.
As a famous historical and cultural town, Lhasa, on the protection of the old town is very strict. Strictly limit height of the building, the Potala palace, Jokhang temple and Norbulingka brilliant spectacular is well preserved. 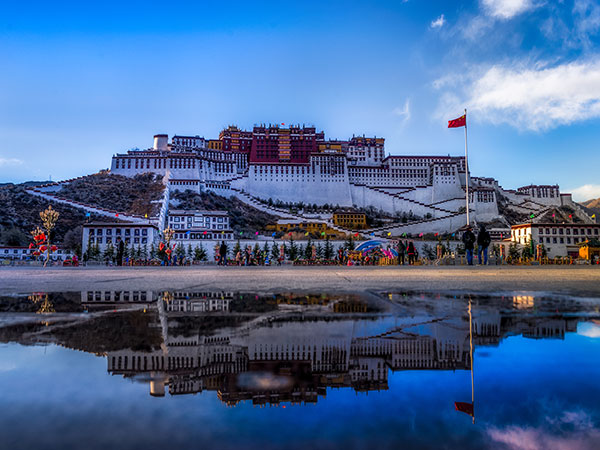 The most famous in Lhasa old town are Jokhang Temple and Barkhor, every morning, Barkhor began to rise up plumes of smoke, flapping prayer flag, add the mystery atmosphere to the old town around Jokhang temple. Barkhor is the icon of the old town of Lhasa. It is not only the concept of a less than five or six meters wide circular street, but the surrounding of the Jokhang temple that has a rich Tibetan vitality of life.
Attractions surrounding:the Potala palace, Jokhang temple, Barkhor and Norbulingka. 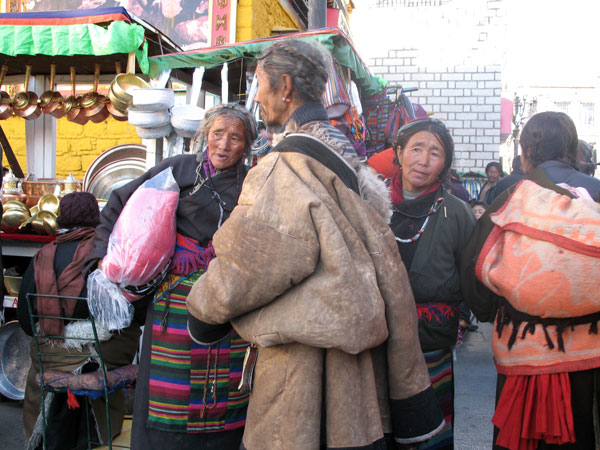 ♦ Lhasa New Town
The reason why named new town is to distinguish with the old town, which is in good preservation and the new town is entirely new built in the later. Basically the new town has the same architecture style with the China mainland and it is basically built by the China mainland not tibetan. Streets are clean and tidy, and the construction is not high, but also has a unified style.
Lhasa new town is very prosperous, all kinds of commodities, businessmen from all over the country attract a different style of catering, entertainment, whether it is Sichuan cuisine, hot pot, snacks, or the western food, bar, there's something for everyone. 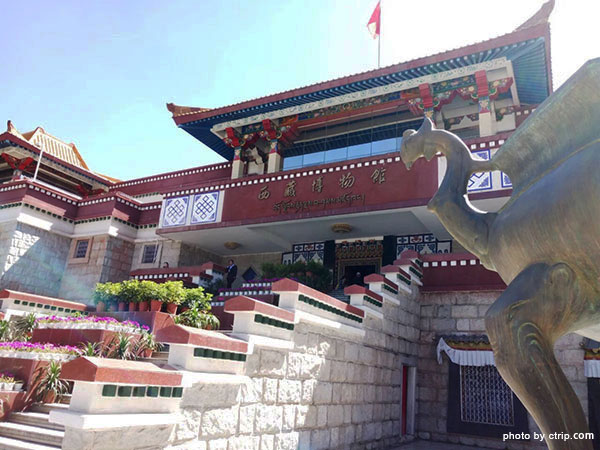 ♦ Recommended hotels / hostels
► Brahmampitra Hotel (Rank: Deluxe Hotel)
Address: Kampot Road, Yangcheng Square Building B
Direction: There is 65km to the airport and 35km to the Lhasa Railway Station
Yaruzampbo Hotel covers an area of 30,000 square meters, the area of structure is 18,000 square meters, and it is the first business tourist vocational hotel served for foreigners which use Tibetan culture as theme and combined with folk culture museum as a whole. And there is equipped with elegant Chinese and western dining room, bar, advanced banquet hall, meeting room and gym, entertainment room.
Attraction nearby:
Jokhang temple (2.3 miles/28 mins)
Barkhor Square (2.4 miles/29 mins)
► Four Points by Sheraton Lhasa (Rank: Deluxe Hotels )
Address: 10 Bolinka Road, Lhasa
Direction: Lhasa Gongga Airport: 63 km, Lhasa Train Station: 10 km, Potala Palace: 3 km, Jokhang Temple: 1.5 km
Situated in eastern Lhasa city, Four Points by Sheraton Lhasa is backing on the Lhasa River and facing Jiangsu Avenue, with convenient access to airport, train station and famous tourist attractions like Potala Palace, Jokhang Temple and Barkhorn Street. All guest rooms of the hotel can enjoy courtyard view, while the Deluxe Suite features views of Potala Palace as well.
Attraction nearby:
Barkhor Square (2.9 miles)
Jokhang temple (3.1 miles)
► Lhasa Xinding Hotel (Rank: First Class Hotel )
Address: 12 Central Avenue, Lhasa, China
Direction: There is 60km to the airport and 15km to the Lhasa Railway Station
With its central location, Xinding Hotel is within easy reach of most tourist attractions and business addresses in Lhasa. Each guestroom is tastefully appointed with non smoking rooms, air conditioning, bathrobes, daily newspaper, desk, hair dryer, internet access.The view of the Potala Palace from the room, especially when it was lit at night, was fantastic. The breakfast was good, but sometimes there was a long wait for fresh coffee.
Attraction nearby:
Barkhor Square (1.7 miles/21 mins)
Jokhang temple (1.8 miles/22 mins)
► Tibet Hotel Lhasa (Rank: First Class Hotel )
Address: 1 Minzu Road, Lhasa 850001
Direction: Distance from Airport (km): 100
Located in the downtown, the Tibet Hotel Lhasa is just a short distance from the renowned Potala Palace and Lhasa Square. Guests can relish Cantonese and Tibetan cuisine in an elegant setting of the on-site restaurant. Offering comfortable accommodation and quality services, Tibet Hotel Lhasa is the perfect base for you to reside whether you are in Lhasa for business or pleasure.