What to do in Lhasa

There is a saying goes “When in Rome, do as the Romans do”. Then, What to Do in Lhasa, when you stay here and try to find a way to access the local culture or just have some fun? TopChinaTravel has listed several recommended activities and entertainments for you to see and explore a real Lhasa with your own eyes.
Sightseeing in Lhasa
Recommended Attraction: Potala Palace, Jokhang Temple, Barkhor Street, Sera Monastery, Drepung Monastery
Potala Palace, Originally built by King Songtsen Gampo in the seventh century, is located on the Red Hill of Lhasa. The awe-inspiring Potala Palace, perched high above much of Lhasa, is the landmark of the city.

Jokhang Temple is the most sacred and important temple for most Tibetans in Tibet. Along with the Potala Palace, it is probably the most popular tourist attraction in Lhasa. It is part of the UNESCO World Heritage Site 'Historic Ensemble of the Potala Palace'.
Barkhor Street, a circular street at the center of Lhasa, is the oldest street in a very traditional city of Tibet. It is the road that pilgrims tramped out around Jokhang Temple through centuries. When walking along Barkhor Street, you should move in the clockwise direction.
Sera Monastery, is the last of the three principal Yellow Sect monasteries built in Lhasa. Every day, hundreds of red-robed monks assemble in small groups and practice their debating skills.
Drepung Monastery is considered one of the three great monasteries in Tibet. Drepung is the largest of all Tibetan monasteries, and indeed at its peak was the largest monastery of any religion in the world.
More info about What to See in Lhasa please click:  Lhasa Attractions
Shopping in Barkhor Street
ADD: in central of Lhasa’s old city area, Tibet
What to buy: Tibetan ornaments, Tibetan carpets, Tibetan knives and other Tibetan handcrafs, Tibetan Barley wine, Tibetan Buttered Tea, etc.
Barkhor Street, a circular street at the center of Lhasa, is the oldest street in Tibet. As the most famous circumambulation and commercial center in Lhasa, Barkhor Street keeps its traditional features and living pattern. 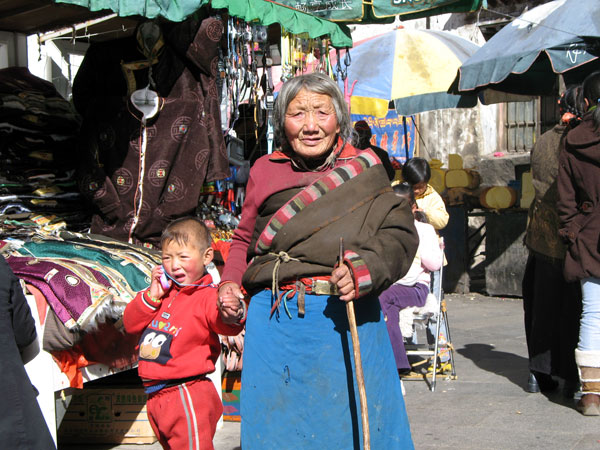 Barkhor Street used to be a single street around Jokhang Temple, and is called the “Holy Way” by Tibetans. Now its area expends to the old streets area around the temple. Consisting of the South Street, West Street, North Street and the East Street, Barkhor Street is a Polygon street circle with a perimeter of about 1000m and 35 alleys.
The street was paved with manual polishing stones, and the architecture on the streets are keeps the old Tibetan style. In the center of the street, there is a giant censer. On both sides of the street, there are more than 120 handcrafts shops and over 200 stalls with over 8000 kinds of goods including copper Buddha, prayer wheel, butter lamp, carpets, Tibetan barley wine, air dry meat, thangkas and so on. You can find all Tibetan specialties here.
Enjoy Tibetan Song and Dance Show: Himalaya

Tibetan Song and Dance Show - Himalaya is a Tibetan song and dance show that presents the characteristics of Tibetan natural change, culture and history, religion and beliefs, local festival and modern life. It combines songs, dance and acrobatics, and with colorful costumes and perfect performance, it could be called the “epic” of Tibetan song and dance. 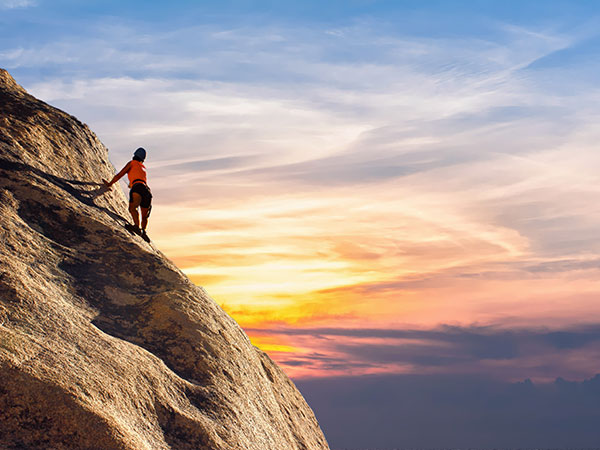 Himalaya is a Tibetan song and dance show joint invested by Tibetan Tourism Co., Ltd. and Heaven Creation International Performing Arts Co. of Hong Kong CTS. It combines songs, dance and acrobatics, and with colorful costumes and perfect performance, it could be called the “epic” of Tibetan song and dance. It performs every night in Lhasa from 20:00 to 21:30.
Enjoy the Tibetan Song and Dance Show: Tibetan Impression - Happiness on the Way
Venue: Tibet Drama Theatre, 188 Beijing West Road, Lhasa
Duration: 100 minutes
Showtime: 20:15–21:55
Tibetan Impression - Happiness on the Way is China’s first and also world’s first Tangka style song and dance epic. The show aims to take the advantage of the unique charm of Tibetan traditional culture with song and dance to explain “happiness and harmony”. 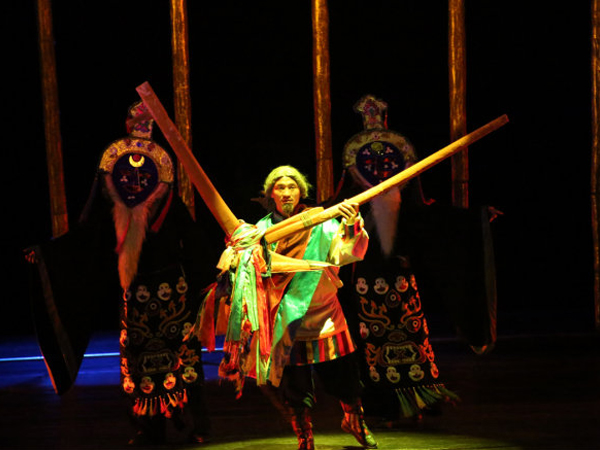 Happiness on the Way is a large-scale Tangka style song and dance epic. It used to performance on Beijing Olympic and Shanghai World Expo. The show was selected to list in the first batch of 35 “National Cultural Tourism Key Projects”.
Colorful stage, wonderful lights, bright-colored costume, profound ethnic characters and charming plateau culture in the performance will give you a new-brand Tibetan feeling.
Mountain Climbing at Sera Mountain-Climbing Spot
Venue: at the mountain side of Serawoze Mountain in Duodi Village, Lhasa City.

is located on the mountainside of Serawoze Mountain, behind the Sera Monastery, in Duodi Village, Lhasa City. It is a nature climbing spot with both bouldering and cliff areas.
The spot used to be the climbing area for the coaches of the French Rock Climbing Mountaineering Association to train students of Tibet Mountaineering School.

On the mountainside, there are hundreds of granite boulders. There are about 100 bouldering climbing routes. As the ground under the boulders is not flat, it is not easy to protect the climbers. Climbing routes’ level of difficult are between 5.8-5.11, some may reach 5.12. Each climber could find the appropriate route for him/her. Because it is granite cliff, the hand points and foot points are small, and with the high altitude, the level of difficult goes high than other places. There are also several long and high climbing routes, more than 100 m., which are quite enjoyable for climbing fans. 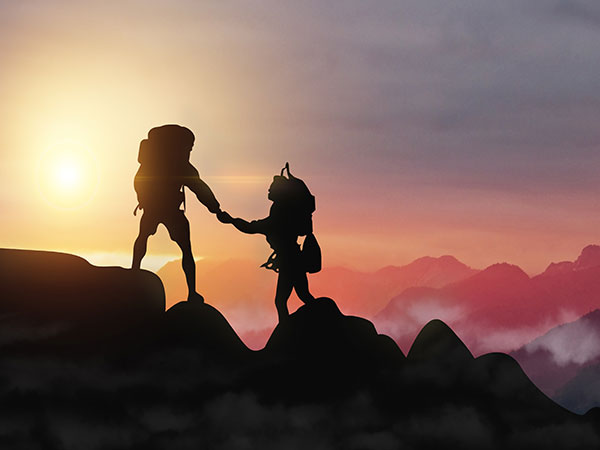