How to Get to Kaili from Guiyang 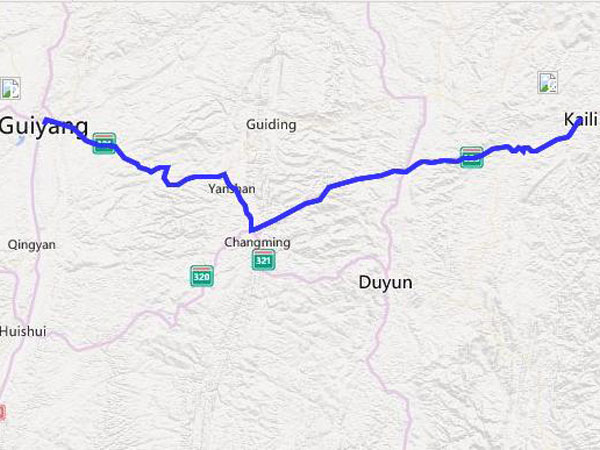 The railway mileage from Guiyang to Kaili is 188 kilometers, old road 190 kilometers, but now is going the highway which is only 160 kilometers. Taking bus is the most convenient for that it will takes two hours without a hitch. From Kaili to Zhenyuan by bus takes about 2 hours (not highway, just the old road). Visiting Kaili is mainly for Xijiang Miao village, visiting to Zhenyuan for Wuyang River, Qinglong cave, etc., special accommodation mainly is the ancient building.

People can take train to Kaili via Zhenyuan, Yuping from east going into Hunan province, from west to the provincial capital Guiyang. Tourists can go to Guiyang, and then takes tourist train to Yuping “Fanjing Mountain” in Guiyan, and get off at Kaili station. About 3 hours' drive from Guiyang to Kaili cost 24 Yuan. Kaili train station is in the 2000 meters north of Qingshui River bank, people can take bus No.1, 2 directly to downtown for 1 Yuan.
From Kaili to Guiyang, tourists can also take the train from Shanghai to Guiyang or to Chongqing direction, and it can be reached for two hours, of course, also can take train from Yuping to Guiyang "Fanjing mountains".

【special remind 】
1. Can train ticket booth to buy tickets in kaili city, central location is near the bank of China.
2. The town far, shi bing, majiang, also have the train stops, but stop trains and less time is short. 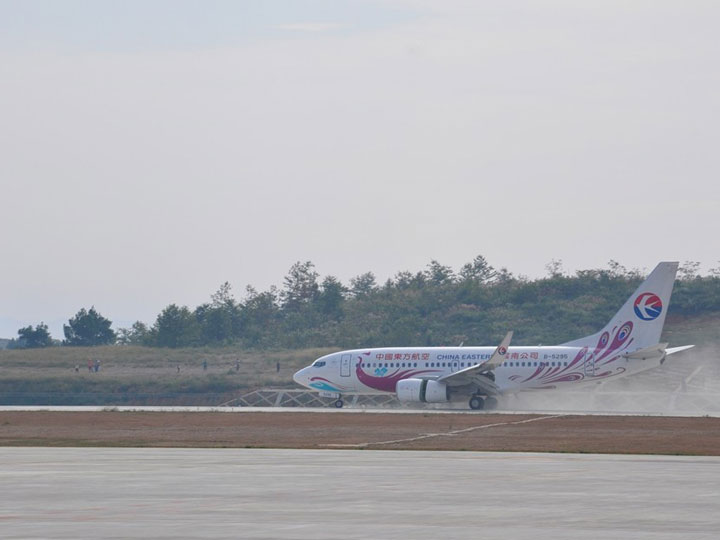 The most convenient way by taking flight is arrived at Guiyang Longdongbao airport first and taking the airport shuttle bus to the end (Guiyang Zunyi road the civil aviation ticket office), and then transferring to Guiyang Gymnasium Bus Station. Here are a lot of buses to Kaili, about 20 minutes a bus.

► 1. Kaili Bus Station
Address: Kaili northeast culture north road
The buses are going to: west to the provincial capital Guiyang, east to Zhenyuan, south to Leishan, Congjiang, Rongjiang, and Taijiang long-distance bus, different route the departure time is different. From Kaili to Guiyang starts from 7:45 to 19:19, every 30 minutes a bus. Special line bus stars at 6:00, 6:30, and 7:00 to 20:00, every 20 minutes a bus. The fare is 40 Yuan and takes 3 hours.
Opening hours: 8:00 ~ 17:00.
► 2. Ximahe Qiandongnan bus terminal
Address: in the opposite of the Kaili National Normal School
The buses are going to: it is the largest long-distance bus terminal of Kaili, mainly to Guiyang and others states of Guizhou. Also there are long distance buses going to Guangdong and Zhejiang.
► 3. Kaili transportation company
Address: next to the hospital, Yongle road, Kaili
The buses are going to: short-distance passenger buses mainly to the surrounding of Kaili.
【special remind】
From Kaili to surrounding towns can take minibus or small van. Fares are between 3 to 4 Yuan, the driver will depart even if there are 2 or 3 people in the bus.
Taking bus to Censer Mountain, Fish Hole and Longchang direction in Beijing West Road;
Taking bus to south route of Leishan and Xijiang direction in Jinjing River Bridge of Shaoshan South Road
Taking midi buses to Qingman and Zhouxi in the three-way intersection of Wanbo Road;
Taking midi buses to Xiasi and Lushan in Shangchang Road.

► The bus
Kaili has 12 routes public buses and they can reach every corner of the city, the fare is just 1 Yuan. From the railway station it is very convenient to reach any places, because the station has only a route to downtown, all minibuses and the public buses are going this way to downtown.
► The taxi
In Kaili city, there are many taxis. Taking a taxi can not run the meters, generally 5 Yuan/ride. Basically, taking taxi inside the city costs not more than five Yuan, if you are in a short distance you can also bargain; take a taxi at night inside the city is normally 10 Yuan.