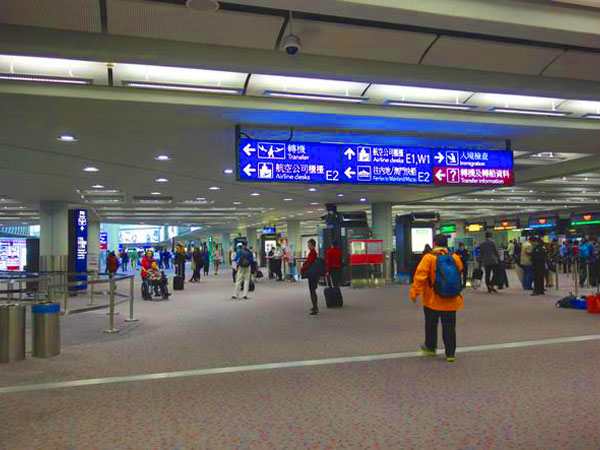 Hong Kong International Airport has 89 airlines currently, providing about 750 sorties daily scheduled passenger and all-cargo flights between Hong Kong and about 150 destinations worldwide, of which about 76% of flights using wide-bodied jets. In addition, there are about 31 sorties also non-scheduled passenger and cargo flights departing and arriving at Hong Kong in every week. It is the base airport of Cathay Pacific, Dragonair, Hong Kong Airlines and Hong Kong Express Airways, AHK and Oasis Hong Kong Airlines.

Hong Kong International Airport has two runways which are 3,800 meters long and 60 meters wide. They can accommodate taking off and landing of a new generation of large aircraft.

Terminal 1
Terminal 1 is the first Passenger Terminal Building in Hong Kong International Airport. The Terminal Building covers an area of 570,000 square meters, was once the record holder of the largest airport terminal building in the world (the record was broken in 2008 by Terminal 3 of the Beijing Capital International Airport, which covers an area of 980,000 square meters).

Terminal 2
Terminal 2 was put into service in early February 2007. the Terminal covers an area of about 140,000 square meters. It is a transportation hub of sea, land and air; sea can be connected by Skypier; there are also buses connecting with the mainland of China.

Also, there are many international flights departing from and arriving at Hong Kong. Hong Kong International Airport (HKIA) is located less than five flying hours from half of the world's population. It is the busiest cargo gateway and one of the world's busiest passenger airports in the world.