Hangzhou East Railway Station is located in Tiancheng Road, Tiangan District, Hangzhou. It was officially put into use on 1 July 2013. It is one of the largest transportation hubs in China, even in Asia. The station brings together high-speed rails, ordinary trains, special lines, metro, maglev, public transportation, waterways and other modes of transportation and ancillary services in one. It can realize seamless transport interchanges to provide super-convenience to the visitors. 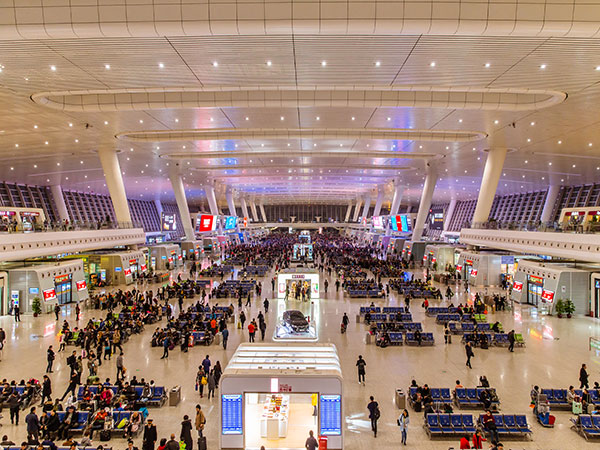 Ferry: There are 3 water-bus terminals on the both sides of the Beijing Hangzhou canal. It is also good to have a boat tour if you like to.