The Origin of the Great Wall

The origin of the Great Wall can be traced back to the seventh century B.C., the Spring and Autumn Period, much earlier than the history of setting defending city.

After into the clan society, human in each clan began to dig trenches and put walls around their territory, which has already been proven by many archaeological discoveries. At Banpo site in Xian, around the residential area, founded a trench (5-6m long and wide) for defensive. In Anyang also found Rammed earth walls, on the west and south sides around the Dragon Mountain cultural Sites, about 70 meters long, 2-4 meters wide. These trenches and walls are all setting for defense.

During the Spring and Autumn Period of China (770 B.C. via 476 B.C.), princes that held property from the Zhou Kingdom founded their own states. Amongst all of the 149 states, the stonggest ones are the Qi, Jin, Chu, Qin, Lu and Zheng States. 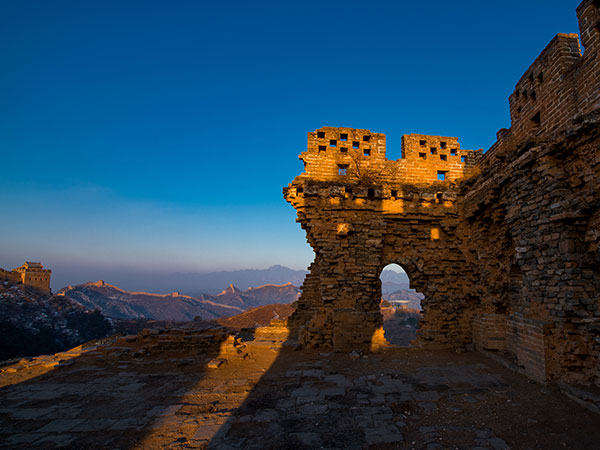 For the broad utilization of metal tools and farm cattle, the social manufacturing at period developed greatly. The higher-rank persons began to obtain individual croplands. The property was privatized, and also the fundamental social relations, i.e. the Well Field System, started to collapse, which cracked Zhou Kingdom's management on its princes and brought about wars for domination among them.

To conquer other states, powerful princes Provoked wars frequently upon others. Only several of the more than a hundred states survived at last, and started to be anxious for any new circular of war. These states were Qin, Wei, Yan, Zhao, Han, Qi, Chu, also referred to as "the 7 Powers", and other states were much less strong than them. And then, the background arrived for the Warring States Period (B.C. 475 ~ 221).

The social manufacturing with this period was ongoing to grow. The advancing in agriculture and handicraft gave increase to thriving towns acting as marketplaces. The structure with this time also enhanced remarkably and made it feasible to create solider constructions of much better structures in extra versatile steps. Meanwhile, wars went on unabatedly among the states, a number of which at precisely the same time had been harassed by minority nationalities from your north. Therefore, the states constructed walls close to imperative cities, specially their capitals.

A most recent excavation has revealed the fact that wall-surrounded budget Linzi with the Qi talk about from the Warring States Period was 4 kilometers from east to west, and 5 kilometers from north to south. Palaces to rulers lay inside. Distributed from the town had been workshops promoting instruments produced by method of smelting metal ores, casting bronze, abrading and carving bones and also the like. It is recorded in Shi Ji, a excellent historical literature, that Linzi experienced more than 700,000 households (the historic Chinese language employed to count population) and was "so crowed with persons and carriages which they could hardly go without brushing others".

Because walls close to towns proved exceptional defense, the states desired to make use of this benefit widely. Therefore, they constructed walls around the borders and joined them up with boundaries like big embankments and steep mountain ridges.

The construction of great walls consumes countless of effort, time and money. It is the miracle created by ancient Chinese people with their toil and wisdom. The building of walls expensed countless labors. But they were undoubtedly grand constructions even seen today.