The Great Wall of the Qin Dynasty

The Great Wall of the Qin Dynasty can be regarded as the first official built Great Wall in China’s history. The Qin Dynasty Great Wall was built by Qin Shihuang to prevent the invasion of the Huns living on the north boundary.

In 221B.C, Emperor Qin Shihuang conquered the other States, unified the states in mainland China and found the Qin Dynasty. Emperor Qin Shihuang was known as the First Empire who established the first multi-ethnic, centralized state in China. The Warring State Period was finally ended by feudal lords.

Territory of China in Qin Dynasty

The territory of China in the Qin Dynasty enlarged greatly. The north boundary extended to the east of the present Liaoning Province, the south border of the Inner Mongolia, Yinshan Mountain and the Great Bend of the Yellow River. The east border extended to the sea, the south to the present Guangxi and Guandong Province, and the west to the east edge of Tibet-Qinghai Plateau. 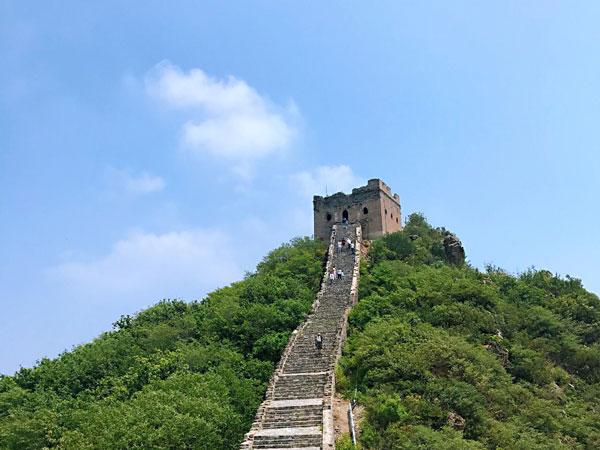 Emperor Qin Shihuang standardized weights and measures as well as the money and the system of writing.To eradicate the influence of division left by the warring states, Emperor Qin replaced the enfeoffment with prefectures and counties and torn down the walls and embankments that blocked connections.
An old minority nationality named Hun was living in the south of China, and since the late Warring States Period, it began to harass the States which lay close to the Huns. When Qin unified the centre China, the Hun looted labors and wealth on the boundary of Qin. And they also damaged farming work. The Harassment of the Huns set the north part of Qin unrest.
To stop the harassment on the border, Emperor Qin Shihuang sent his general Meng Tian to garrison on the north border. In 215B.C, the general led 3million soldiers and assaulted the Huns successfully. This battle made the Huns returned the south region of the Great Bend of the Yellow River. And then, Men Tian led the army across the Yellow River and seized the present Linhe County, the Yinshan Mountain and the north area to the Wujiahe River. The war drove back the Huns out of the Wall of Zhao. People lived a peaceful life in the north border again.

The walls of Zhao, Yan and ex-Qin States in the north could offer some protection to the north border of Qin, but they are not connected. So, Emperor Qin Shihuang ordered to link up the walls in 215B.C. The three old walls were reconstructed and connected by the new parts built among them. For the construction, the labors numbered 2million made up of the sodiers, captives of war and the guilty people. It took about 10 years for the construction of the Great Wall.
The Whole wall after the construction extended further at the north part, and it also expanded the north territory of the Qin Dynasty. The Great wall run from the present Lintao County, went through the Guyuan City of Ningxia Hui Autonomous Region, connect the Wall of Zhao, went on crossing the Yellow River, connected the rest part of the wall of Zhao, headed along the north part of the Yanshan Mountain and arrived at the Jieshishan Mountain which close to the Datongjiang River of Pyongyang in Korea. The Great Wall was much longer than what we can see today.