The Great Wall of the Han Dynasty

The Great Wall of the Han Dynasty was functioned as a prevention tool to prevent the invasion of the Huns. History of the in Han Dynasty also proved its significance in the warring time. 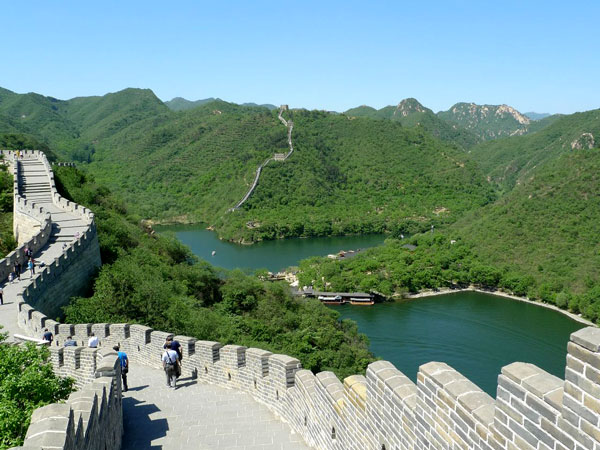 Right after the brief Qin Dynasty, Han imposed centralized government on . As a new country, the national power was so weak that it can be matched to the Huns, who always invaded the northern frontier of the Han. Early Han emperors sent princesses to be the brides of nobles Hun for peace. It was not until the emperor Han wudi who fought against the Huns and drive them back.

Han Wudi also built some parts of the Great Walls at the boundary. The construction project of the Great wall was starting in 127BC. This project extended the older part of the great wall and the to the present Mont Yinshan of Inner Mongolia.

The general of Emperor Ha Wudi, Huo Qubing, droved the Huns back, and he secured the Hexi Corridor in 121BC. Hexi Corridor is the passage to the western areas. And then, Hexi Great wall began to be constructed. It extended from now the Yongdeng county to Jiuquan city in provience. It was built for preventing the invasion from the Huns and Qiang people. Han Wudi ordered a construction project of the Great Wall in 127 BC. This resulted in rebuilding an older part of the Great Wall and an extension of territories to present day of .

From the Jiuquan city to Yumengguan Pass of Gansu province, there are forts which dotted along side the distance which are also parts of the Great wall. They were built to guard against the Huns’ invasion around 110BC. About 101BC, the Han Dynasty began to built the great wall of this section.  This section was from to Luobu Po of Xinjiang Ugyur Autonomous Reigion. Emperor Han Wudi totally had built about of the Great Wall for defense, and the project was lasting for over 20 years.

Constructed Parts of the Great Wall in Eastern Han Dynasty

Entering the Eastern Han Period, because of the civil wars, the country was weak. And it could not fight against the invasion from the north tribes. Emperor Liu Xiu ordered his general Ma Cheng to construct 4 defense walls on the boundary. The routes of the four walls are as follows:

1) The wall from Lishi County of Shaanxi Province to southeast of of ;

3) The wall from of to Jingxing County of Hebei Province;

The construction of the Great Wall did offer some protection of the capital of Eastern Han. And later, the Hun divided in to the south Hun and the north Hun because of the inner cleavage. The south Hun lived with Han people, and they contributed to maintain the peace of the north border. The Northern Hun was driven out of the present Xinjiang and the Mongolia Plateau when Emperor Han Hedi was in power. Since then, there was no need for Han to built any more walls.