China has been a unified and multi-ethnic country since ancient times, and the traditional festivals of all ethnic groups are colorful and distinctive. The traditional Muslim festivals open a window into the history and culture of Islam from which people can have a glimpse into the life style and customs of Muslim compatriots. 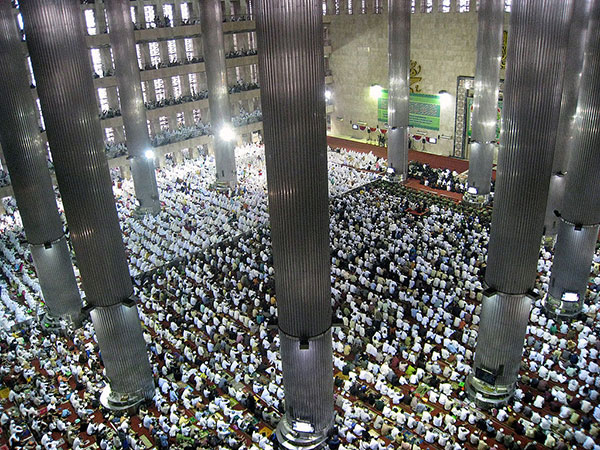 Eid al-Fitr is the most important annual festival for the Hui people.

Eid al-Fitr was originated by the Islamic prophet Muhammad. According to Islamic classics records, when Islam started, Muhammad took a bath after the Ramadan and then dressed in clean clothes, leading Muslims to walk outside for rituals in ore field and held the Sadaqa al-Fitr to atone for crime.

In 623, Muhammad, the founder of Islam, decreed that healthy adults would fast for a month every September in the Islamic calendar, known as Ramadan. Eat before sunrise every day, then refrain from eating until the night is over. The beginning and end of Ramadan is determined by the new moon.

The aims of fast are to cultivate strong will, integrity conduct and religion spirit of the Muslims, and even fortitude character to bear bitter and hungry. To develop a charitable, helpful character, and can also prevent and cure disease.

Before the festival, every member of the family has to give " Sadaqa al-Fitr " to the poor, paint houses, clean courtyards and decorate mosques. Meanwhile, prepare holiday food, fry oil, Sangza, kill sheep and chickens.

In the early hours of the festival, men adults take a shower and dress in costumes, then gather in the mosque for a grand worship with incense in hands. After that, they greet the Imam and then exchange Salaam. At the end of the ceremony, the Imam may lead the collective to sweep the grave, or each family sweep the grave individually and pray for the deceased. Later on, lively festival activities begin.

People wear ethnic costumes, visit relatives and friends, all people regardless of age and sex come out in groups to play, all kinds of entertainment places are open at the same time. In the southern Xinjiang, there are also commentaries, mostly religious stories.

Generally, middle-aged women are waiting for guests at home. Young couples and unmarried people should take gifts and pay respects to their in-laws on the first or second day of the festival. Many young people also get married during the holidays. During the festival, the children of the Hui ethnic group will pay their respects to their elders, and the whole family will eat "noodles soup".

Kazak, Tajik, Kirkiz and other ethnic groups also hold activities such as carrying sheep, racing horses and archery. Horses are also different during the holiday season. The horses are covered with red cloth, and a few clumps of pheasant hair are draped in red silk over its mane and tail. The saddles and hooded leashes are covered with all sorts of ornamentation. 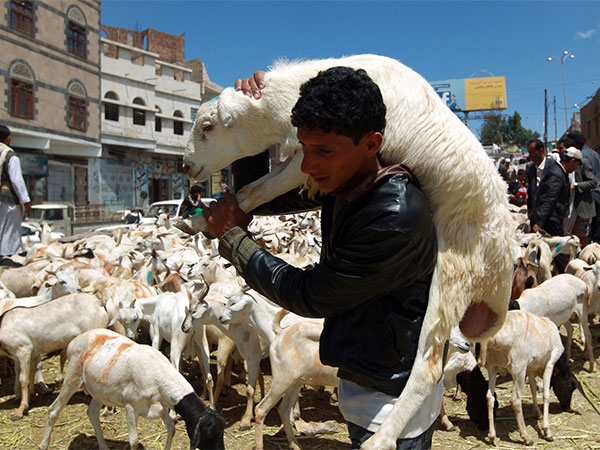 Eid al-Adha, also called the "Sacrifice Feast", is the second of two Islamic holidays celebrated worldwide each year, is the most solemn and enthusiastic traditional festival for Uyghur Muslims. Eid al-Adha is held on the 10th day of Dhu al-Hijjah in the Islamic lunar calendar (70 days after the Eid al-Fitr).

According to Islamic scripture，Abraham dreamed of Allah asking him to sacrifice his beloved son to test his devotion to Allah.

The next day Abraham took his son to the valley of Mina on the outskirts of Mecca and told him why he had to kill him. His son readily obeyed. At the moment Allah raised the knife, Allah sent an angel with a sheep to them in time and ordered Abraham to slaughter sheep instead of his son. Abraham had passed the test by his willingness to carry out God's command. From then on, the ancient Arab peoples formed the custom of killing animals and sacrificing on this day every year.

After the establishment of Islam, Eid al-Adha was designated as an Islamic festival.

Before the festival, the Islamic people clean the courtyard and make festival food, such as fry oil, Sangza and other Fried fruits. People get up at dawn to bathe and burn incense. Then they go to the mosque in costumes to attend the ceremony and chant prayers along the way.

Muslims gather at the mosque, led by Imam into the main worship hall, bowing and kowtowing in the direction of Mecca. Imam preached the doctrine of Waltz, and in the end, they call on each other to Salam.

After the ceremony, other activities will be carried out. Such as sweeping tombs, chanting prayers and remembering our ancestors. Uyghurs also hold a huge Maixielafu singing and dancing rally. Kazakhs carry out such activities as carrying sheep, horse racing and wrestling.

Slaughter ceremony: anyone who is not so poor will slaughter a sheep, some of them even slaughter an ox or a camel. The owner of the animal must be present when it is killed and the Imam shall read Shahada. The meat is divided into three portions and one portion is for your own consumption, one is sent to relatives, friends and neighbors and entertain guests. The last one is to send to the poor.

After the slaughter, friends and relatives begin to visit. The first thing to do during the festival is to pay New Year's greetings to the elders. The festival is usually celebrated for three days. 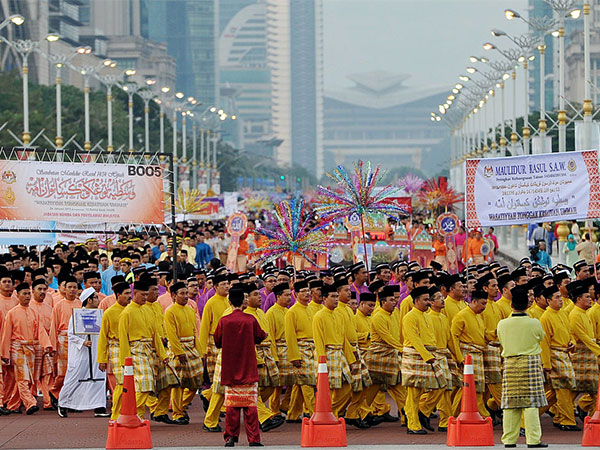 The history of this celebration can be trace back to the early days of Islam when some of the Tabi`in began to hold sessions in which poetry and songs composed to respect the dignity and the righteous example of the Messenger of Allah were recited and sung to overflowing crowds in the major cities of Islamic Civilization.

On this day, March 12 in the Islamic calendar, mosques around the world are newly decorated. Muslims gather early in the morning to bathe and worship in mosques. Muslims listen reverently to Imams reciting the Koran, telling stories about Muhammad's life, remembering and celebrating the achievements of the Prophet Muhammad in the creation of Islam. 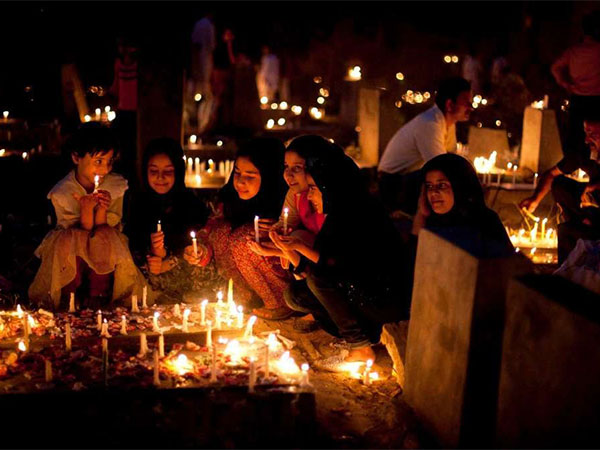 Laylat al-Bara’at, also called Bara'a Night or Mid-Sha'ban is a festival observed by various Muslim communities on the night between 14 and 15 Sha'ban.

It is said that on the night of August 15, those who sincerely repent and beg for mercy will be forgiven. The night is also called "the night of the exchange of texts" because it will be recorded in new scrolls by the gods who record the good and evil of mankind. The opportunity is so prized by Muslims that preparations begin on August 1st.

Each family prepares sweets and snacks and choose one day during the morning and afternoon of August 1 to 15, invite the Imam come to his home to recite the Bairati Sutra.

From August 1 to 15 in Islamic calendar, the Hui family will set up regular tables or fruit and snacks, and invite Imams, Manla and the old people to praise the Lord and bless the whole family.

On August 15, fasting, careful speech and careful prayer are required. Men, women, young and old should bathe and change their clothes and engage in confession activities to obtain Allah's gifts and forgiveness. They should also go to the mosque to attend the ceremony and give money to the mosque. At night, the most critical moment, muslims do not sleep until twelve o 'clock, praying for forgiveness and blessing. The children will go to the gates of nearby Islamic families together, singing Belati songs. At this time, the family will come out to give money to them, so as to win the favor of Allah, in order to make themselves and their families more blessed. 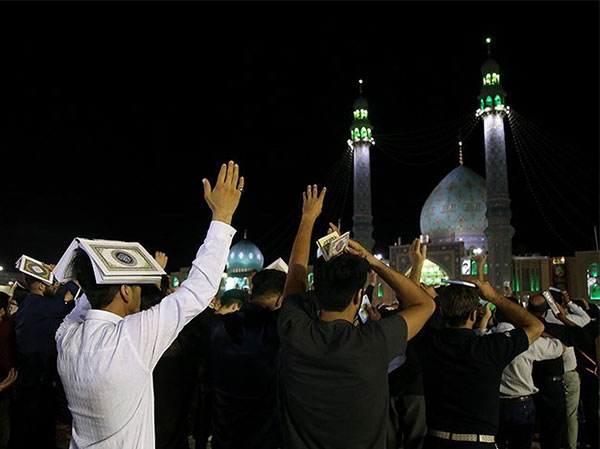 Laylat al-Qadr, variously rendered in English as the Night of Decree, Night of Power, Night of Value, Night of Destiny, or Night of Measures, is the night when the first verses of the Quran were revealed to the Islamic prophet Muhammad in Islamic belief.

The Koran says, the angels and the holy spirit will come to earth this night and it is the night of the destiny of all things. This night surpasses more than a thousand months. Therefore, Muslims attach great importance to this night and go to the mosque to keep vigils and even stay up all night. 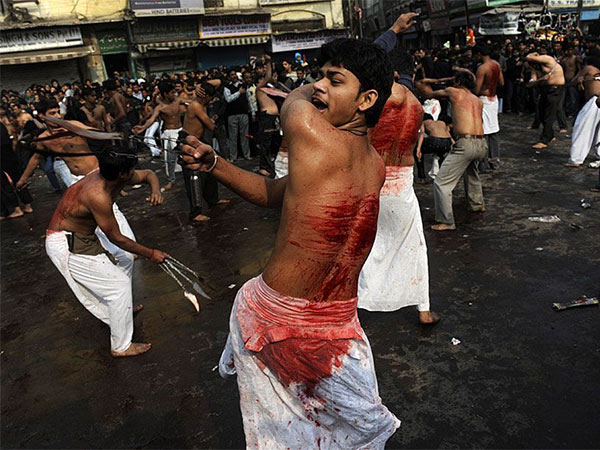 Ashura is a holy day of Islam. The word Ashura, which is a transliteration of Arabic, means "ten", which means the tenth day of the first month in Islamic calendar.

According to Islamic history records, many important historical events, though occurring in different historical periods, were concentrated on this day. It was a day of salvation for the saints of Dan, Nuhai, Abraham and Moussa. On this day Allah created man, the garden of heaven and the prison of fire. Therefore, Muslims regard this day as a holy day.

For Shi'as, Ashura day is an important day for them to mourn the sacrifice of Muhammad's grandson Hussein. The Shi'as were born on the tenth day of the first month and Hussein's sacrifice became the origin of the Shi’as.

For Shi'as, commemoration of Ashura is not a festival but rather a sad event. During the Ashura festival, some Shi'as Muslims beat themselves with chains to remember the death of Muhammad's grandson Hussein.

Sunni Muslims view Ashura as a victory God gave to Moses. On this day, local Hui people will hold a chanting, praise the holy activities in their homes and have a meal and eat porridge together. Different materials make the same diet. Different families express the same gratitude. Ashura festival is the Thanksgiving Day that goes back to the roots in the eyes of the Hui people. 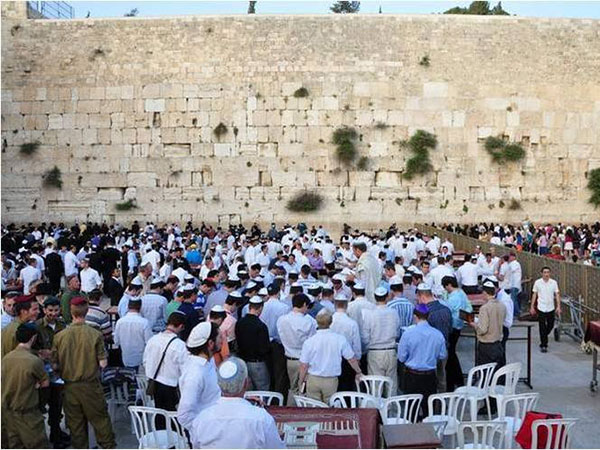 Laylat al-Mi'raj, also known as Shab-e-Mi'raj, is an important Islamic festival. It falls on Hijri date 27 Rajab. The festival is not celebrated by all Muslims, but mainly by Muslim Hui people who deeply believe in Islam.

According to legend, in 621 AD, 17th July in Islamic calendar, when Muhammed was at the age of 52, he took cover at his sister's house in order to hide from the attacks and murders of some of the opposition. That night, god ordered a goddess to take a fairy horse to pick up Muhammed. Muhammed traveled to “the farthest mosque” which was 1,200 kilometers away in Jerusalem through the fairy horse within a single night. At the mosque, Muhammad led other prophets in prayer. He then ascended to the heavens in the Mi‘raj, speaking to God afterwards. Since then, Muslims held the ceremony on that night.

To celebrate Laylat al-Mi'raj, some Muslims offer optional prayers during this night. And in some Muslim countries, Muslims illuminate cities with electric lights and candles. The celebrations around this day tend to focus on every Muslim who wants to celebrate it. Worshippers go into mosques together and perform prayer and supplication. Some people may pass their knowledge on to others by telling them the story how Muhammad's heart was purified by the archangel Gabriel, who filled him with knowledge and faith in preparation to enter the seven levels of heaven. After the worship, people will visit each other and food and treats are served.