Yuan dynasty was an important period of Islam’s widely spread and comprehensive development in Chinese mainland. At the end of Song Dynasty, the Mongolia's Genghis Khan and its successor launched three large-scale foreign western expedition during 1219 to 1260 and founded the Yuan Dynasty.

Nearly half a century, the Mongols had successively conquered the central Asia and west Asia Islamic countries and nations.

During the Mongolian western expedition, a large number of people from central Asia, Persia, Arab were called up to China as prisoners of war to participate in the war of Mongolian conquering and unifying China. Among them, there were some religious scholars, the upper class and its subordinate, etc... The total population was as many as about a few hundred thousand. 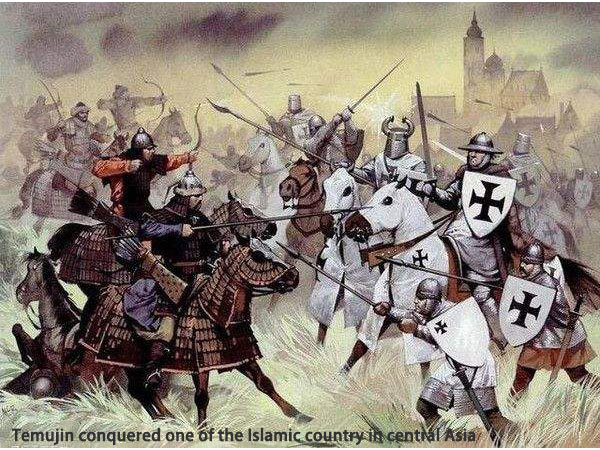 Mongolian’s western aggression and occupation of central Asia, west Asia, etc. opened the traffic between Chinese and the west. Since then, merchants, pulpiteers, travelers, academics came to China in an endless stream. Like the Arabic and Persians descendant who lived in China during the Tang and Song dynasties, they were all Muslim and were called “Huihui” or “Musliman” and became the important component of Semu people in Yuan Dynasty. They still maintained the faith and culture of Islam.

Muslims were all over the country at that time. At the beginning of the Yuan, Marco Polo mentioned many times in his travels that there were Muslims in all Chinese provinces. At the end of the Yuan, the Moroccan tourist Ibn Batuteh wrote in his travels: "every city in China has a place for Muslims to live in, and there are Muslim temples in the area for the procession." He also gave details of the situation of the Muslim in the city of Bayonet (now Quanzhou) and Hangzhou. 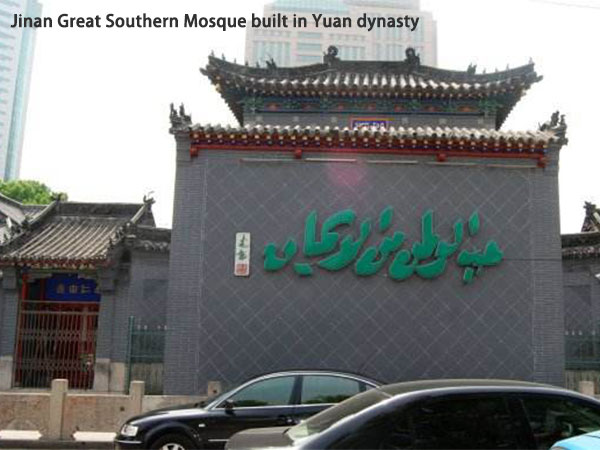 Every place that Muslim lived in had built mosques. The building scale and quantity of mosques in Yuan Dynasty were far more than that in previous generation. Beijing, Guangzhou, Quanzhou, Yangzhou, Wenzhou, Ningbo, Shanghai, Chang'an (now Xi'an), etc. were the gathered place of Muslim merchants. Churches and other Islamic buildings were more concentrated in these places, e.g., there are more than six or seven temples in Quanzhou in the yuan dynasty.

In the imperial edicts and judgments of Yuan dynasty, the mosques were called (Masjid, Max guidry) or commonly known as Huihui temple. The Iman was called (Danisnmara) or Huihui Iman or Master. The Sharia was called Law of Huihui or Home Regulation of Huihui. From the late Yuan Dynasty and early Ming Dynasty, Muslim had spread all over China; their religious beliefs, customs and habits were widely noticed so Islam was called "Huihui Jiao" which had been carried on to modern times.

The Ming dynasty was the most rapid and widespread critical time for the spread of Islam in China.

Zhu Yuanzhang, the founding emperor of the Ming dynasty, rebelled in the settlements of Huihui. He attached great importance to the use of Huihui to join the army, Among these Muslims, Changyuchun, MuYing, Feng Sheng, Lan Yu, Feng Guoyong, Mazhen, Ding Dexing, Hu Dahai, Chang Rong, Mu Jucheng, became the Ming generals and made extraordinary work for Zhu Yuanzhang’s Ming Dynasty. 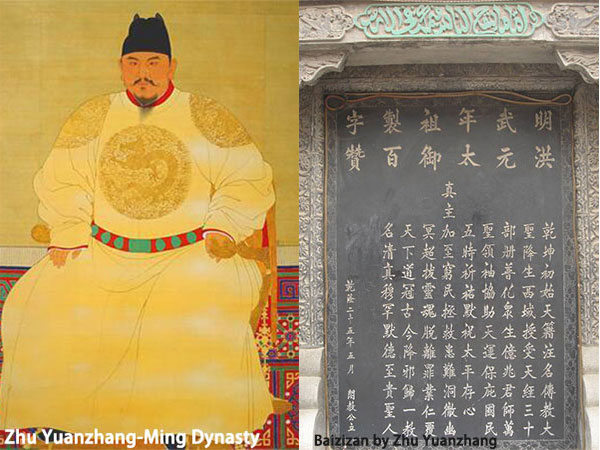 After Zhu Yuanzhang established the regime, he adopted a friendly and tolerant attitude towards Islam. He wrote a praise of Islam, The Hundred-word Eulogy. It was recorded that "His Majesty ordered to have mosques built in Xijing and Nanjing, and in southern Yunnan, Fujian and Guangdong. His Majesty also personally wrote Baizizan in praise of the Prophet's virtues." At that period, A large number of Huihui returned to the capital of Ming Dynasty and settled in Nanjing.

In addition, during the period of the Emperor Yongle and Xuande (1405 to AD 1405), Zheng He, perhaps the most famous Chinese of Muslim birth but not a Muslim in later life, was nominated by the Emperor to lead seven expeditions to the Indian Ocean. He traveled in more than 30 Asian and African countries. 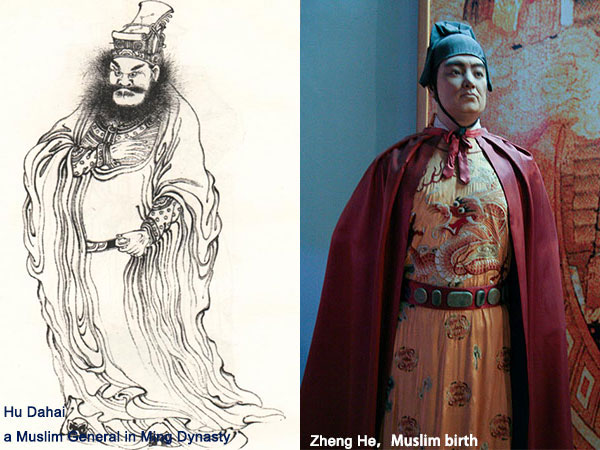 Zheng He, in a certain degree, contributed to the development of Islam in the Ming dynasty. When Zheng He was on his second voyage in 1408, he asked the court to reestablish the Jingjue Mosque in Nanjing. Yongle 15 years (AD 1417) Zheng He went to sea throughFujian province, specially went to the Lingshan of Quanzhou, and visited the holy Sepulchre. The accompanying translation of Zheng He's voyages to the western world, a Chinese Muslim Mahuan, made a record of what he saw and heard along the way, including an introduction to the beliefs of some Islamic countries.

In the Ming dynasty, the important development of Islam was manifested in other aspects, such as the Mosque Education, the Chinese translation of Islamic classics and the construction of the Islam mosques. 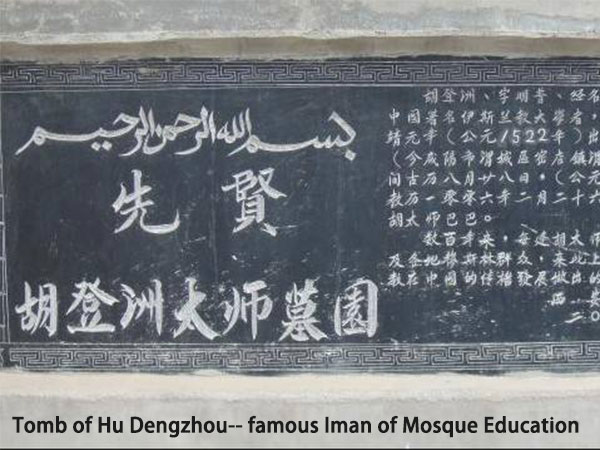 Mosque Education, was a great event in the history of Islam in China.

The so-called " Mosque Education " refers to a method of education which is opened in the mosque aiming to impart Islamic knowledge and train Islamic religious professionals. The Imam recruited a number of students and taught them Islamic classics as well as Arabic and Persian. Students' living and learning costs were donated by the congregation. The semester was not fixed, and it usually took about five or six years until the imam thought that he was able to graduate. After that, if there was a teaching workshop willing to hire, these graduates could act as imam.

As for the Chinese translation of Islamic classics, the Ming dynasty set up the Si Yi Guan. Si Yi Guan should not only train the interpreter, translate and save the diplomatic communication documents, but also be responsible for collecting foreign and naturalized people's political affairs. The previous stage of the translation was mainly about doctrine, Sharia, institution, history, philosophy and so on. In addition to the doctrine, Sharia, the latter stage involves Arabic grammar, rhetoric, geography, astronomy, calendar, etc., and began to translate the Koran.

Beside the aspects mentioned above, the construction of the mosques in the Ming dynasty was also more common than the previous dynasty. Some famous mosques were built in this era. Nanjing Jingjue Mosque was built in Hongwu period (1368-1398 AD).

However, during the Ming Dynasty, new immigration to China from Muslim countries was restricted in an increasingly isolationist nation. The Muslims in China who were descended from earlier immigration began to assimilate by speaking Chinese and by adopting Chinese names and culture. Mosque architecture began to follow traditional Chinese architecture.