In 1949, after the establishment of the People's Republic of China, Chinese ethnic Muslim got equal rights in politics. Due to the common program and constitution of the implementation of the policy for freedom of religious belief, first of all, China abolished all kinds of derogatory says and incorrect appellation of the Islam in history. Muslim religious belief, religious activities and customs were protected and respected by the law. 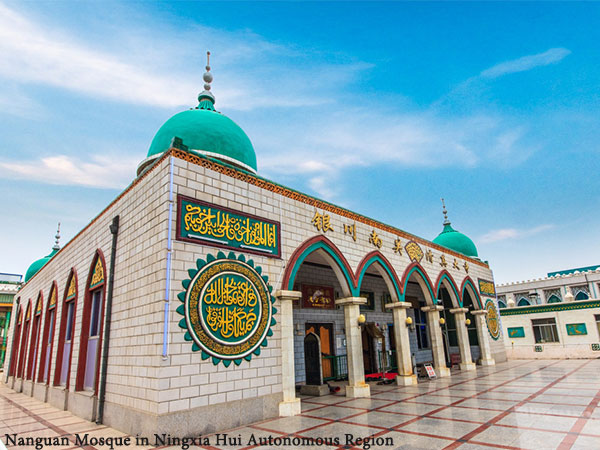 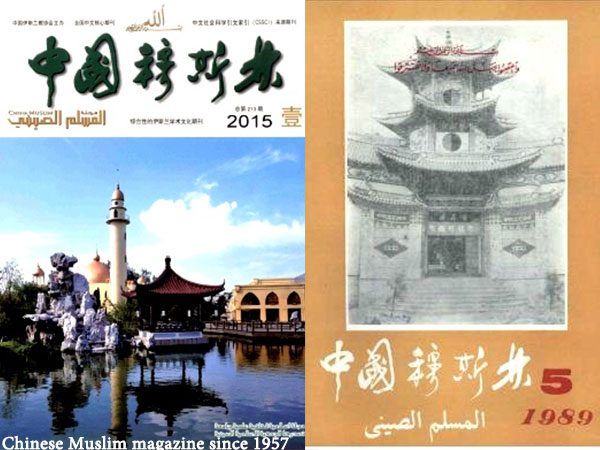 On May 11, 1953, the Chinese Islamic association was founded in Beijing. Since then, local Islamic associations have been established in provinces, autonomous regions, municipalities directly under the central government and in cities with large Muslim populations. At the same time, there were more than one million copies of various Islamic texts, such as the Koran, Hadith, Shariah and the Chinese Muslim magazine. 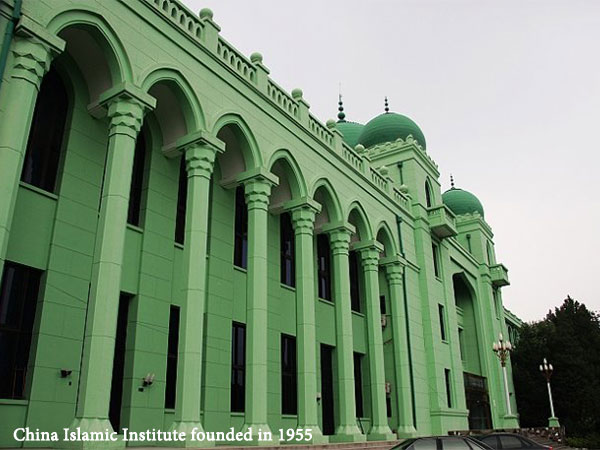 In 1955, the China Islamic Institute was founded in Beijing in order to train the young Imam, Mullah and other clerical personnel in a planned way. After that, 8 regional colleges and universities were established in Xinjiang, Ningxia, Kunming, Lanzhou, Zhengzhou, Qinghai, Shenyang and Beijing. According to statistics, there were more than 37,000 mosques, and more than 40,000 Muslims, including Imams and Mullahs in the country at that time. 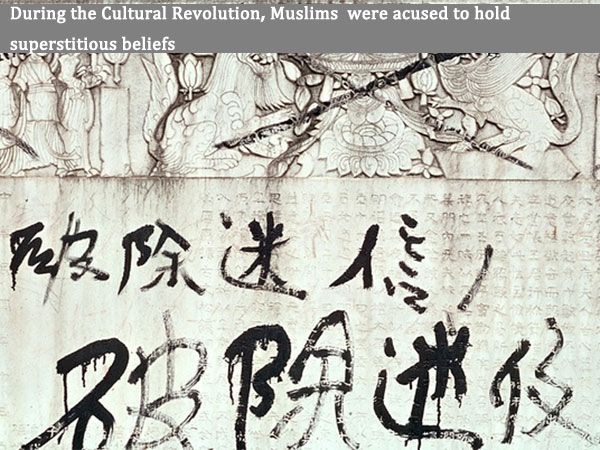 During the Cultural Revolution (1966-1976), mosques along with other religious buildings were often defaced, destroyed or closed. Copies of the Quran were destroyed along with temples, churches, Buddhist and Daoist monasteries by the Red Guards. During that time, the government also constantly accused Muslims and other religious groups of holding "superstitious beliefs" and promoting "anti-socialist trends".

The government began to relax its policies towards Muslims in 1978. Since the end of the 70 s, the state further carried out religious policy, rehabilitated the unjust, false and erroneous cases, repaired and opened mosques, protected religious and cultural relics; a large number of Muslim patriotic religious glitterati and scholars, respectively held a post at all levels in the National People's Congress and the Chinese People's Political Consultative Conference. Through social reform and carrying out the policy of freedom of religious belief, Islam in China, as same as other religions, establish the coordinate relationship with socialist society. 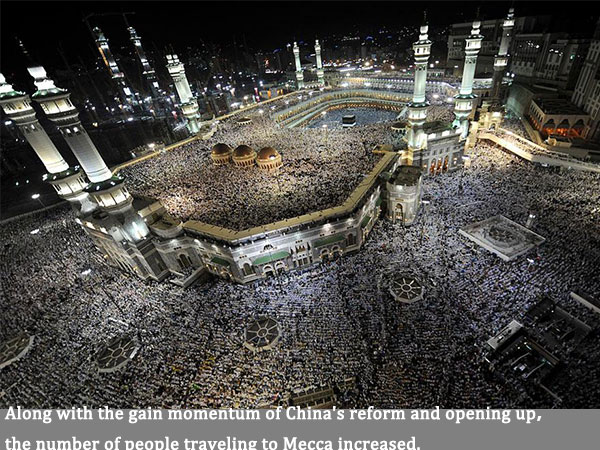 Along with the gain momentum of China's reform and opening up, all ethnic groups Muslim area featured social stability and ever-accelerated economic development. Each year the number of people traveling to Mecca increased. In the basis of equality and friendship, China have increasingly and frequently friendly exchanges with Islamic countries and other religious groups. Islamic academic and cultural exchanges are active, enhancing the understanding and friendship between China Muslim and foreign Muslim.

On April 23, 2001, the Chinese Islamic Steering Committee was established in Beijing. The council is a technical committee of China Islamic association, composed of Imams and Mullahs who are patriotic, respected, on behalf of the Chinese supreme Islamic religious knowledge and level of classics. Its purpose and mission are: within the scope of the law and policy, on the basis of Islamic classics, to give an authoritative and correct interpretation of the Islamic Sharia meeting the requirements of the time development, to write lecture model, improve the level of Islamic school staff, standardize the lecture content, oppose the use of Islamic religious extremism, actively guide Islam to adapt themselves to socialist society.