In the life style of Muslims of all ethnic groups in China, what is most remarkable and well known is their unique way of eating. Islam Food culture is also an important aspect of Muslim culture. 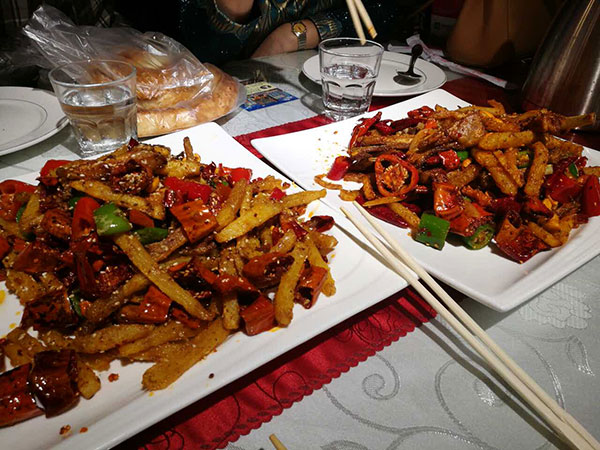 Chinese Muslims define food in the same way as foreign Muslims do, and the most basic starting point is to strictly follow the rules of the Koran, the highest classical of Islam.

What Food Can Muslims Eat?

The Koran advocates that human beings should choose their diet and eat clean and wholesome food. So Chinese Muslims eat food selectively, only the food that is beneficial to human health as permitted by Islamic Sharia Law are accepted by Chinese Muslims.

Fish: Fish with fins under the abdomen, scales on the body, spines on the spine, heads and tails, such as carp, silver carp, carp, grass carp, yellow croaker, ribbon fish, etc.

Some food that is harmful to people's physical and mental health becomes Islam food taboos.

Islam forbids the consumption of dead animals, pork, and blood.

Dead animals: dead bodies of animals which died naturally, (i.e. without being Islamically slaughtered) or by being strangled, or by falling from a high place, or by being partly eaten by a wild animal, and were not slaughtered before being dead. Also, those animals slaughtered by other than Muslims, Jews or Christians.

But the meats of dead sea animals are not forbidden.

Flesh of the Pig (pork): Islam believes that pigs are unclean and that eating pork is the root cause of many diseases. It requires every Muslim to observe this commandment.

Blood: The Islamic Sharia Law forbids Muslims from eating blood and its products.

Poultries: Poultry with a beak like an eagle's. Such as eagle, owl, focus, vulture, crow, magpie, woodpecker, etc.

The meat of animals that feed on filthy things, except if they are isolated and fed clean food for sufficient time.

Any food spoiled by filth until it is cleaned by water if it is possible.

Wine and all kinds of intoxicants.

Foodstuffs containing toxic elements which are harmful to our bodies.

In China, you can find Muslim reataurant in all major cities. Click here to find the detail.  Muslim Restaurants in China