It’s normal that each country has its unique culture due to years of developing history. Major Differences between Chinese and Western Culture are not just about ways of thinking and communication. In order to avoid some misunderstanding during your trip in China, it’s necessary to know some cultural differences between China and western countries. Here we are going to begin a series of discussion from specific aspects. 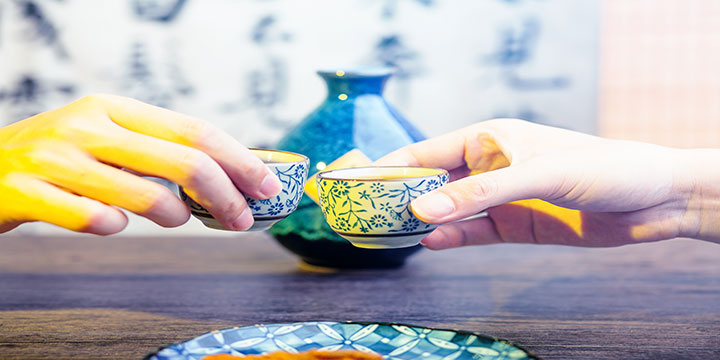 1.Punctuality: Less Punctual vs On Time

Chinese Culture: The concept of time in China is a bit weak, sometimes the use of time has great randomness. If there is a reason, it’s fine to change the plan. For example, some Chinese people may show up later than the appointed time, as they don’t think it a big deal.

Western Culture: Westerners are sensitive about time, especially when it comes to business, time is money. When western people make an appointment, they expect to be on time, because they don’t want to waste any time.

Chinese Culture: In general, Chinese people live with a big family, including parents, children and grandchildren. And young generations are supposed to take care of the elders in the family. Nowadays, more young people prefer to live separately from their parents, but they still emphasis on the happiness of the whole family.

Western Culture: Most western people are encouraged to be more independent. They seldom live with their young generations, and children will live separately from parents after they are legal adults. 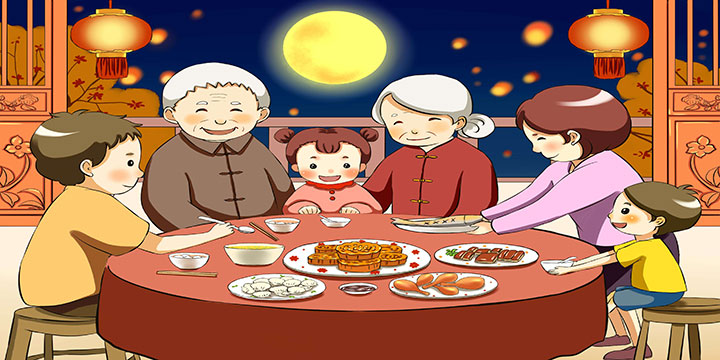 Chinese Culture: Chinese people prefer an indirect way for communication, they think it polite and respectful to hide the true feelings when they disagree with your opinions. But in some circumstances, Chinese people act in a direct way, especially when it comes to personal issues like age, finance and occupation, they are comfortable to discuss openly.

Western Culture: When western people communicate with others, they like to be direct, and they often defend their own opinions to let other people agree with their ideas. Unlike the subtle and indirect way for Chinese people, westerners don’t mind a direct way for the truth.

By joining Top China Travel, you won’t have any problems on communication. If you’re planning a trip to China from your country, just talk to our travel advisors with no worries.

Western Culture: Reputation is important, but losing face won’t be a big deal, because reputations come and go overnight. For western people, they don’t think it humiliating to make mistakes, in contrast, they love to learn from the mistakes, a good result is more valuable than reputation.

Chinese Culture: You may encounter many Chinese travelers taking pictures everywhere during the trip, for the food, sceneries or for themselves. They take pictures before eating, use the cameras to capture the beauty of sceneries around, then head to the next place for other pictures.

Western Culture: Most western people focus on the views and experiences, but we’re not saying that westerners don’t like taking pictures. Adventurous trips are more attractive for westerners. 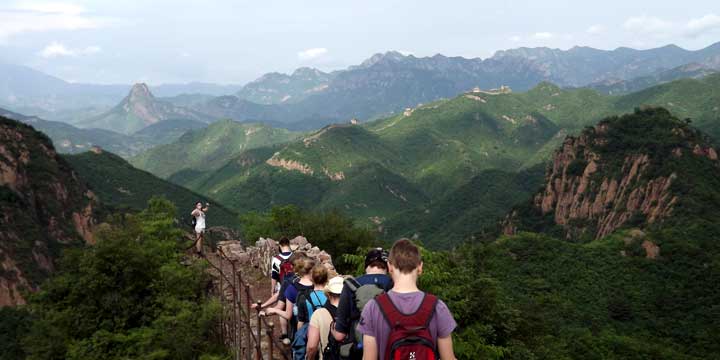 6.Standard of Beauty: White vs Tan

Chinese Culture: According to the standard of beauty, Chinese people adore pale white skin, especially Chinese females, they think whiter skin looks more beautiful, no matter for face or the body. That’s the reason why you often see Chinese females holding umbrellas when it’s sunny, they want to protect themselves from the strong ultraviolet ray.

Western Culture: Most western people prefer tan skin, or copper color. It’s hard to tell a general standard of beauty for all the western countries, but no matter which country you are from, we guess it won’t be the same to Chinese standard. 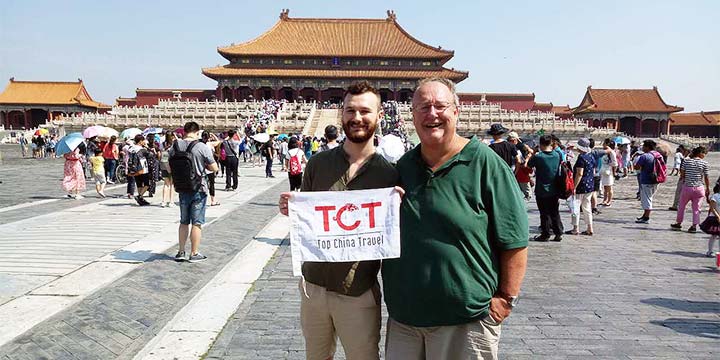 Chinese Culture: Chinese people feel comfortable to talk about some private topics, such as income, age, occupation and marital status. Meanwhile, in the eyes of Chinese people, western people prefer a more direct way, so Chinese people don’t think it inappropriate to ask western people about those topics. On the contrary, they consider it an act of courtesy to ask when first meet you.

Western Culture: For western people, personal privacy is really important for them, they are not willing to mention too much about their own affairs. It’s quite annoying if people ask them something private, because they expect more personal space. If some Chinese people start a conversation about those sensitive topics, you can politely tell them that you don’t want to talk about it.

Chinese Culture: Humility is more like a kind of virtue for in Chinese culture. Even though some people achieved great success, they enjoy showing humility to other people by laughing away compliments. When you give compliments to your Chinese friends, you might hear answer like this: no, just so-so.

Western Culture: In the eyes of westerners, humility is considered a sign of weakness, Most westerners don’t like to downplay their successes, instead, they want people know their achievements and feel comfortable to receive compliments.

9.Self: Group vs Individual

Chinese Culture: For Chinese people, the group is more important than individuals, they emphasis on how their actions and decisions would influence the group, rather than themselves. Sometimes Chinese people will sacrifice for family, or the team.

Western Culture: Westerners value individual, they focus on how things affect them personally. Individuals are expected to be more ambitious. 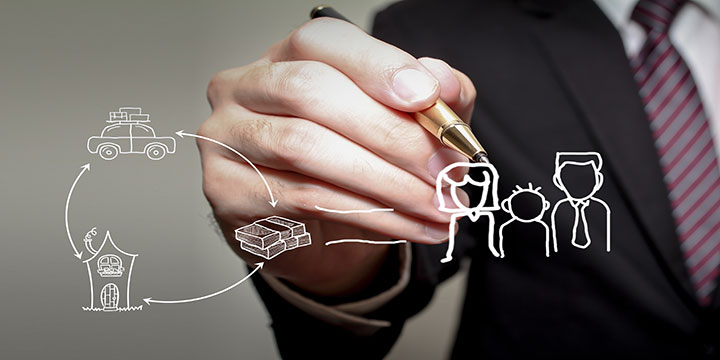 Chinese Culture: Speaking of dining customs, the usage of chopsticks instead of knife and fork is the biggest difference between Chinese and westerners. For table manners, Chinese people love to order plenty of dishes and share together, warm water and hot tea are usually served in Chinese restaurants, because Chinese people believe that cold beverages will hurt stomach.

Western Culture: In western countries, people focus on respecting individuals, and prefer to order individual dish. Westerner pay more attention to table manners, generally, they seldom pick up a bowl off the table when eating. As Chinese people like to persuade guests to drink and eat more while eating, westerners won’t expect that. 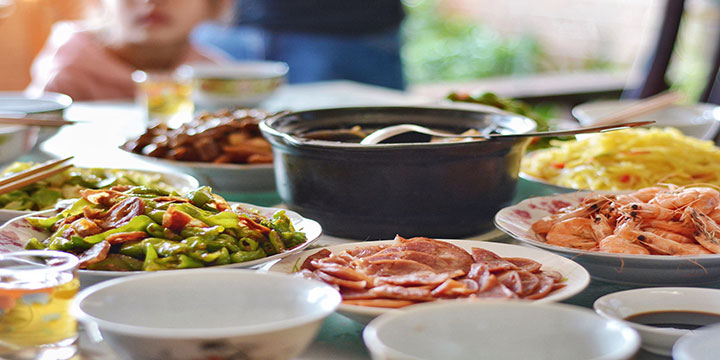 Be aware that our discussion above are talking in generalities, so it’s possible that you don’t react the same way we talk about in this article. Our goal is to help you understand the cultural differences between China and western countries, not to judge which one is better. Most importantly, do remember to respect the local culture.

Please feel free to contact us if you have any further questions about the major differences between Chinese and western culture. Chinese culture has so much for you to explore, and you could learn more if you travel with a local guide. See some tours for your cultural tour in China. 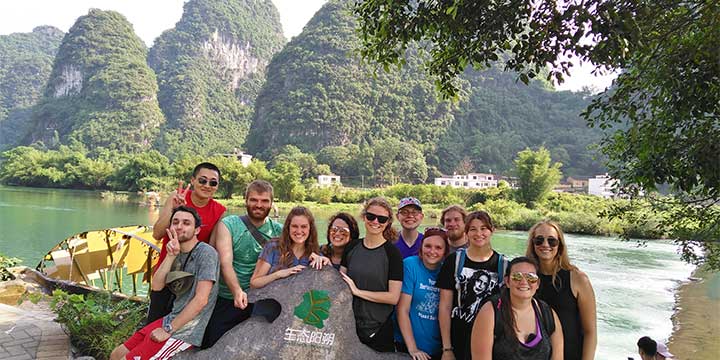 Our Customers in Yangshuo

All the cultural activities can be arranged based on your interests, don’t hesitate to create your personal tour in China, all you have to do is to tell us your requirement for this tour.