When spring comes, the land from every corner of the air is full of spring. Actually, the best times to visit China are spring and autumn. And for those who love flowers, it will be a great idea to visit China in spring, for there are so many places to see fresh flowers blooming. Here we’ve carefully selected 10 best places to see spring blossoms in China, you can also share some great ideas with us. 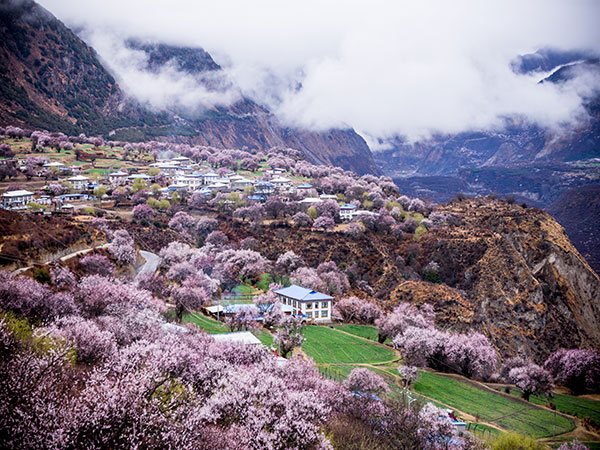 Nyingchi, located in the south part of Tibet, is known as “Jiangnan Area in Tibet”. When the peach trees are in their full blossoms in spring, Nyingchi will become a paradise for photographers and nature lovers. The snow-capped mountains, limpid streams and the beautiful peach blossoms make a perfect match. 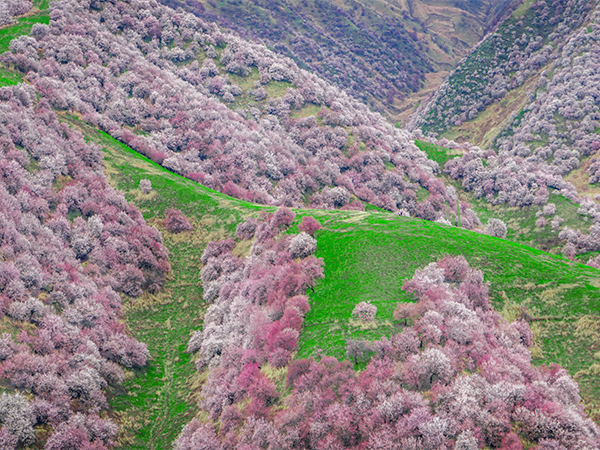 In spring, Xinghua Gou in Ili is really a wonderland for photographers and tourists. Since the 14th century, Xinghua Gou has remained a dense virgin forest of apricot trees, which is the largest and oldest gathering in the world. The best time for photography is one or two hours after the sunrise, you may capture dreamy scenes of apricot blossoms under the sunlight. 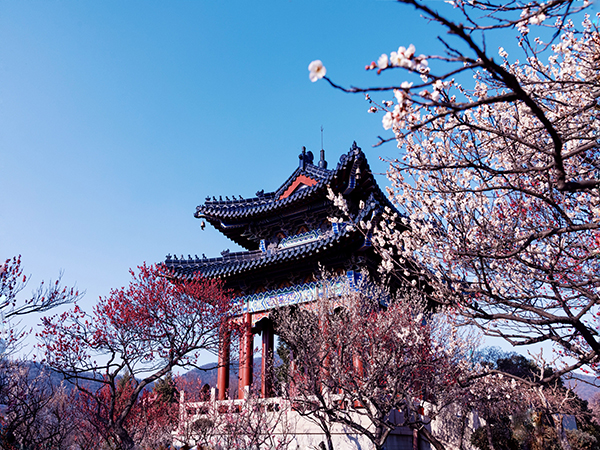 Plum blossom is the city flower of Nanjing, which has been loved by Chinese people since ancient times. In Chinese culture, plum blossom symbolizes perseverance, courage and strength. Meihua Mountain in Nanjing ranks the top among the four famous plum gardens in China, as there are almost 500 species with more than 40,000 plum trees. Plum garden here is mainly famous for the various species.

Dangshan County has the largest pear garden in China, with an area of 33,000 hectares. When spring comes, the entire Dangshan County will be covered by pear blossoms. Lishuwang Scenic Area will be the best place for you to appreciate beautiful pear blossoms. Lots of pear trees inside the scenic area are more than 100 years old, and the largest pear tree is more than 300 year’s old. 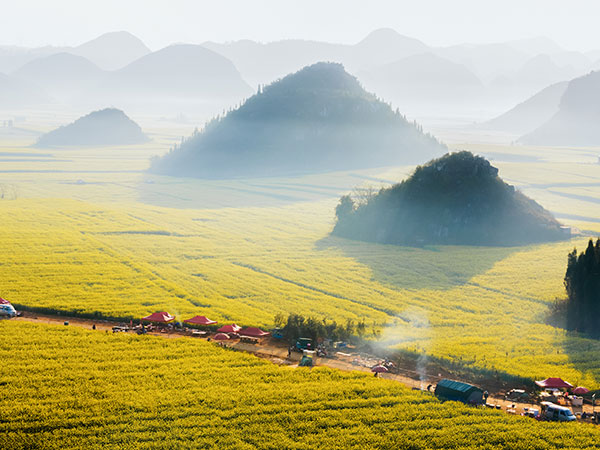 After the Spring Festival, rape flowers in Luoping will bloom gradually. The blooming rape flowers look just like a yellowish blanket covering the fields and extending far beyond the mountains. It will be fun to take train from Kunming to Luoping, because you may see magnificent scenery of rape flowers outside the window.

Peony is the national flower of China, it signifies good luck, prosperity and wealth. Luoyang is reputed as the flower capital of peonies, with plenty of famous flower-viewing spots. Luoyang started to hold Peony Festival from 1983, and now this festival has become well-known in the world.

Each year, Luoyang Peony Festival will attract tens of thousands of visitors in China and around the world. Except for peonies, you can also join some cultural events. As one of the ancient capitals in China, the profound history and culture of Luoyang are attractive as well. 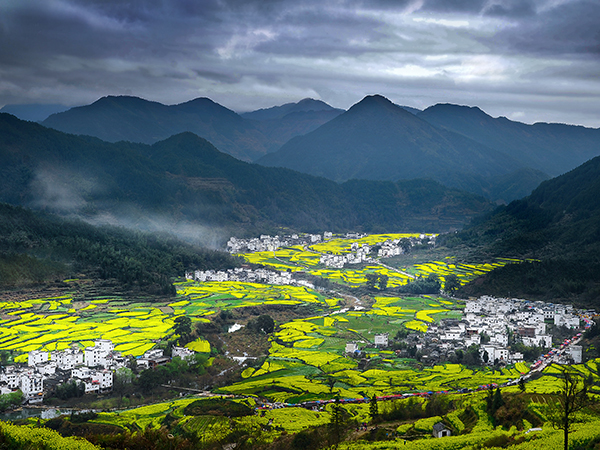 Wuyuan has lots of well-preserved ancient architectures in Huizhou style, some were built in the Ming and Qing Dynasties. When all the rape flowers are blooming in spring, Wuyuan will become more charming. Even though you there are so many places in China where you could appreciate rape flowers, scenery in Wuyuan is unique. With white walls and black roofs, the local dwellings create perfect background for those yellow flowers. 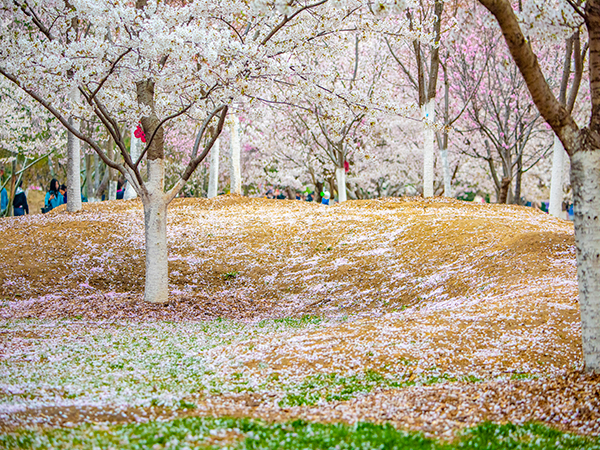 Yuyuantan Park, covering an area of about 136.69 hectares, is one of the largest parks in Beijing. With more than 2,000 cherry trees planted in the Cherry Garden, it is the biggest cherry garden in China. Some cherry trees are imported from Japan, and some other are from cities from northeast regions in China. Each year, the Yuyuantan Cherry Blossom Festival will attract lots of tourists to appreciate those beautiful cherry blossoms. 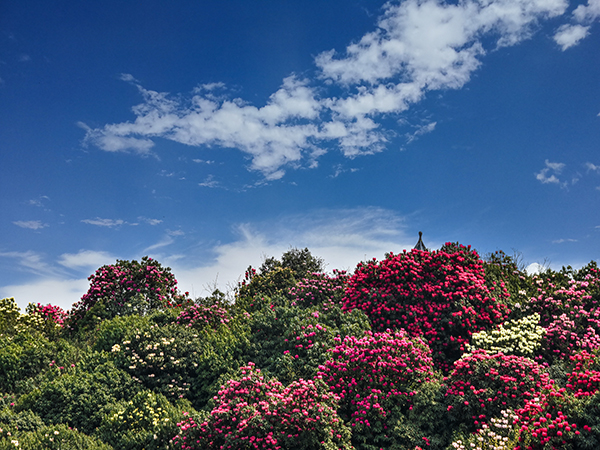 Speaking of Guizhou, you might think about ethnic culture of Yi and Miao groups. Actually, Guizhou is also one of the best places to see spring blossoms in China. In Baili Dujuan National Forest Park, there is a large azalea forest, with about 23 species of azalea trees. Surprisingly, there are flowers in different colors on the same tree, as a result, the panoramic views of the mountains looks as if the beautiful sunset is varnishing the sky. 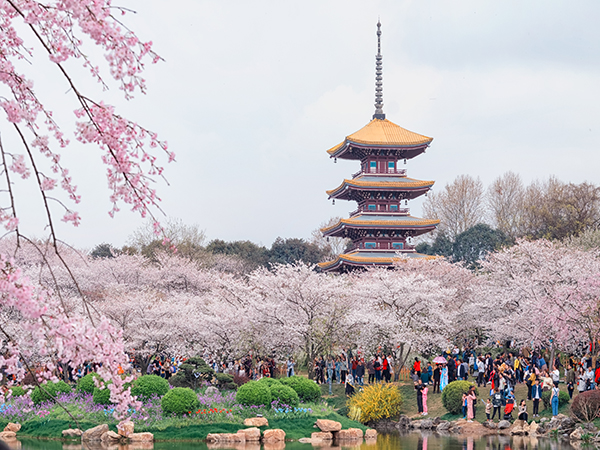 If you want to find some great places to appreciate cherry blossoms in China, we have to mention Wuhan. Wuhan University is known as the one of the most beautiful universities in China, lots of tourists will come here to snap some nice photos of cherry blossoms during spring. Cherry Garden of East Lake is also an ideal place to see cherry blossoms in Wuhan, with more than 10,000 cherry trees.

Spring is a great season for visiting China, when the weather is comfortable and the sceneries are amazing. After knowing test places to see spring blossoms in China, you could get ready for your travel plan right now. Or you can check popular tours below for some good ideas.