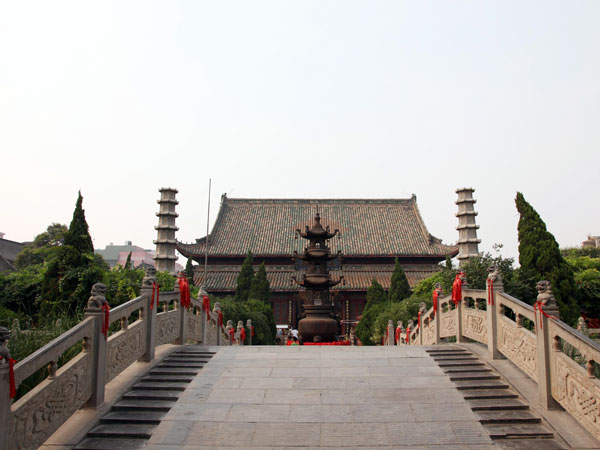 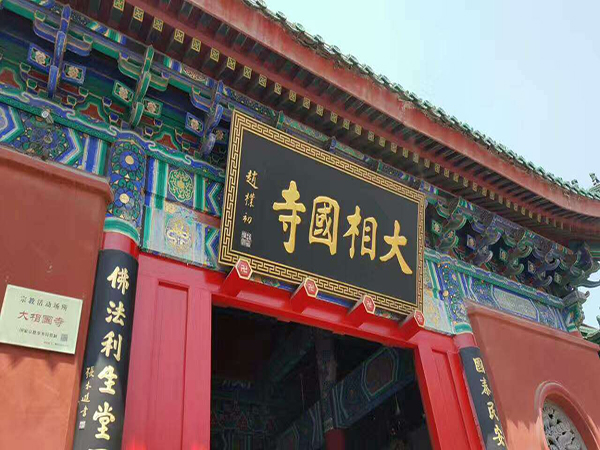 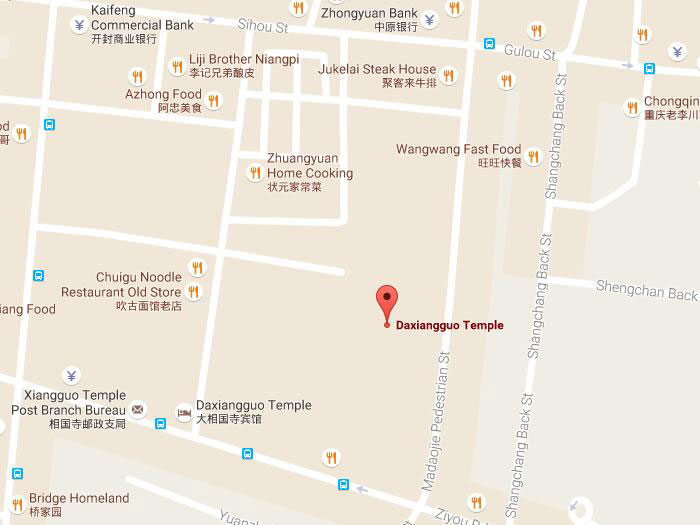 One of the top ten Han Buddhism temple in China.

Xiangguo Monastery is a national AAAA tourist spot and one of the ten famous monasteries and temples in China. It was originally built in 555 AD during the Northern Qi Dynasty; it has a history of over 1,400 years. In the Northern Song Dynasty, the monastery was enlarged many times and became the largest monastery and the national Buddhist center at that time.

During the Northern Song Dynasty, it was deeply worshipped and respected by the royal family enlarging for several times, it once occupied an area as large as 500 mu of land, with 64 meditation yards, law yards under its administration, with more than 1,000 monks, being the biggest monastery in the capital city and the center of national Buddhist activities.

At present, the existing structures of the monastery are the Grand Hall (the Mahavira Hall), the Octagonal Hall, the East and West chambers, Great King Hall, Depository of Buddhist Sutras and other buildings. Most of the existing buildings you can see now are rebuilt in recent years, but the scale of the temple has narrowed down compared with its previous look.

Walk into the entrance of it, the Grand Hall, Great King Hall, the Octagonal Hall and Depository of Buddhist Sutras will come into your eyes successively. At present, there is not Buddhist statues enshrined or worshiped in Grand Hall any more. But here often displays cultural relics or art works. Around the hall is engraved bluestone handrails, visitors can see dozens of carved lifelike little lions on it.

Passing by the Octagonal Hall, there is a 6-meter high wooden statue of the Goddess of Mercy with many hands and eyes which was carved during the reign of Emperor Qian Long (1736 -1795) of the Qing Dynasty and which is regarded as a masterpiece of wood carving from that era. It was carved with a maidenhair tree. Each side has six large hands and more than 200 small hands. And there is a small eye in each palm of the small hands, totaling more than 1000 eyes. Thus it got its nick name as Buddha with Thousand Hands and Eyes.

Depository of Buddhist Sutras is located in the rear part of the entire temple, and now it is a venue for activities holding of Kaifeng Painting and Calligraphy Institute. Inside the building there are full of various styles of calligraphy and painting works. Visitors are free to watch or purchase.

There is a hanging bronze bell at a pavilion in eastern corner of the temple. It was made in 1768 and a precious cultural relic in this temple.

【Chinese name】: 大相国寺
【Best time to visit there】: February to May and September to October are the best time period to for touring, when the weather is cool with less rain. In February, here hold Lantern Festival, which allows you to experience traditional culture in China. From September to October, there are usually Chrysanthemum Show Festival
【How to get to Xiangguo Monastery in Kaifeng】: You may take Bus Route 4, 5, 9, 16 19 in Kaifeng downtown to Xiangguo Monastery Station (相国寺), then walk to the Monastery.