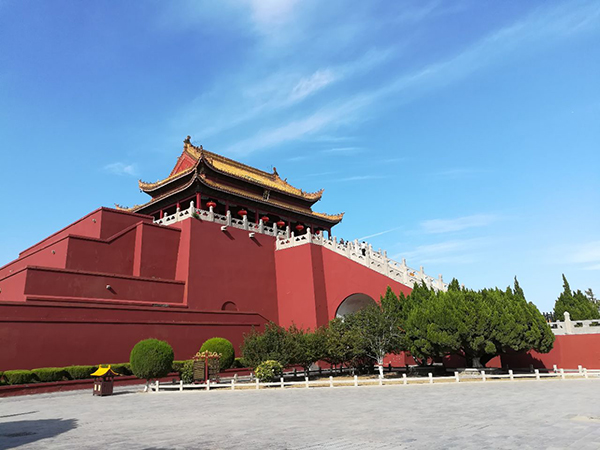 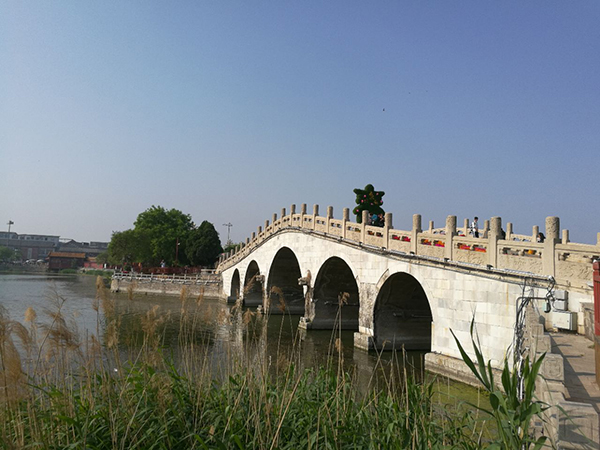 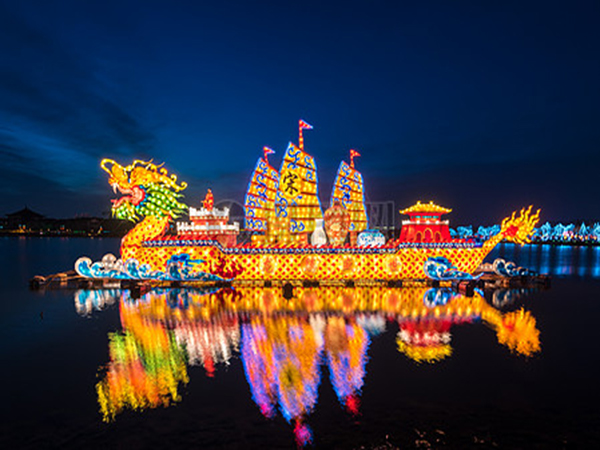 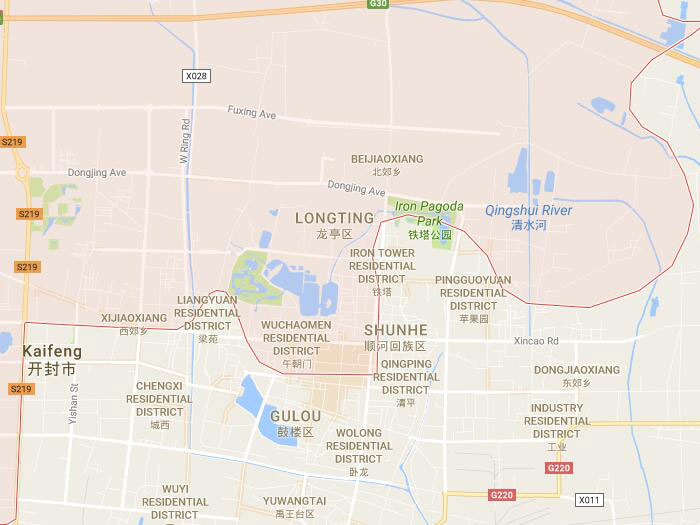 Palace above 13-meter grey brick base.

1. As it is built on a 13-meter high pedestal on a large scale, you can have a bird-view of Kaifeng old town boarding to the top of it.
2. There is a wax work museum themed with the Song Dynasty. And you can watch historical play which is set Song Dynasty as background with every day.
3.Every year during October and November, the park will host a chrysanthemum flower festival in large scale, when you will be able to see various Chrysanthemum flowers.

Located in central area of Kaifeng city (One of top six ancient cities in China), Henan Province, China, Dragon Pavilion Park was first the former mansion of a mission of the Tang Dynasty. Later it turned into an imperial palace in the later Liang Dynasty, Later Jin, Later Han and Later Zhou periods. In the Song Dynasty, an imperial court including imperial palace was built here and called royal residence. Owing to the overrun of the Yellow River, all the buildings constructed in the previous historical periods were underwater. In 1734 in the Qing Dynasty, provincial governor Wang Shijun built the large-scale Longevity Palace here. The park covers an area of about 83 hectares, being the largest tourist area in Kaifeng.


The palace was also known as the Dragon Pavilion for it housed memorial tablet of the Yellow Emperor. Its main building is the present Dragon Pavilion Hall, with two lakes in front, one was called family Pan and the other family Yang. Climbing up to the Dragon Pavilion, tourist will have a good view of Kaifeng city. Main Attractions to See in the Park

Longting Hall: it the main building among the building complex in Qing Dynasty style in the park. It is built on a 72-step platform. It faces south. There is a stone imperial road leading to the hall, which is carved large dragons. And there are pavements for ordinary people alongside the imperial road in the east and the west. Longting Hall is 26.7 high, 19.10 meters long from the east to the west, and 11.9 meters wide from the south to the north. Meridian Gate is the southern entrance of Longting Hall, which is a typical Qing-Style building.

Pan and Yang Twin Lakes: the two lakes are sited separately on the both sides of the main road inside Longting Park, with Pan Lake in the east and Yang Lake in the west. Lakeshore around is beautiful and quite. Tangu Garden is sited on Donghu Islet in Pan Lake area, which was built on the historic legends and stories in Longting area basis. There are exhibition halls displaying the stories of Longting. If you are interested in the history of this place, you should not miss it.

There is a plant modeling garden in the park. It is located just behind Longting Hall. This garden covers an area of 7.8 mu. Here you can see all kinds of plant shapes modeling trains, flights, pavilions, animals, or famous attractions like Iron Pavilion in Kaifeng, Three Pools Mirroring the Moon in Hangzhou, zodiac and so on. They look like life-like and strange. You will be surprised by the pruning techniques of craftsmen.