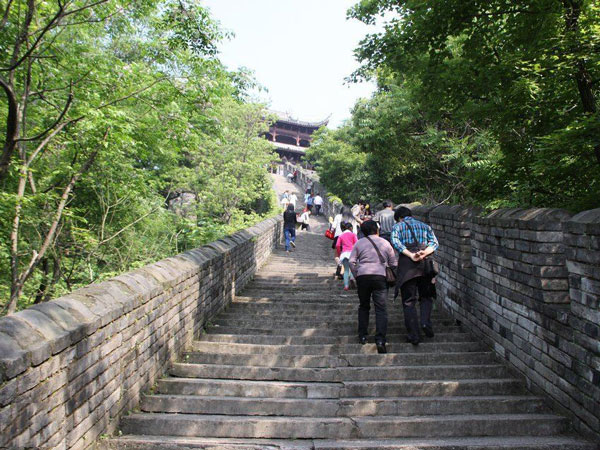 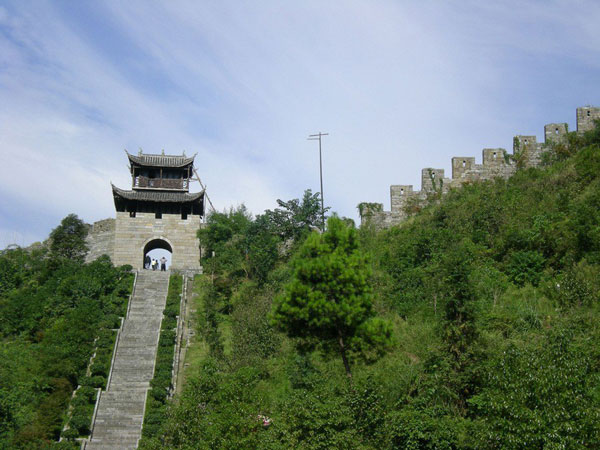 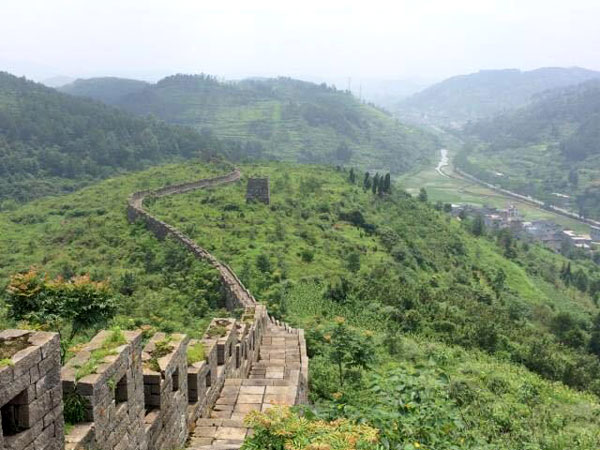 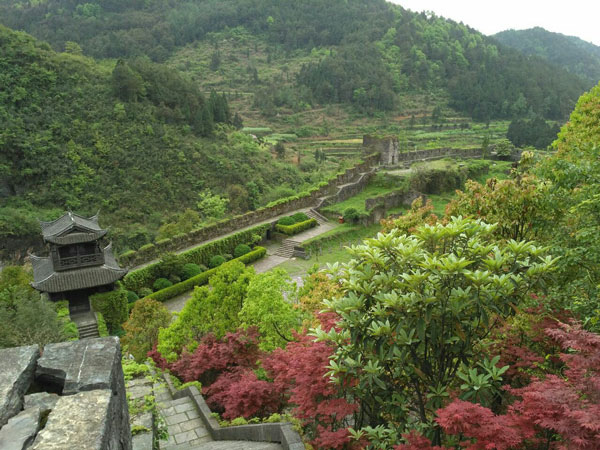 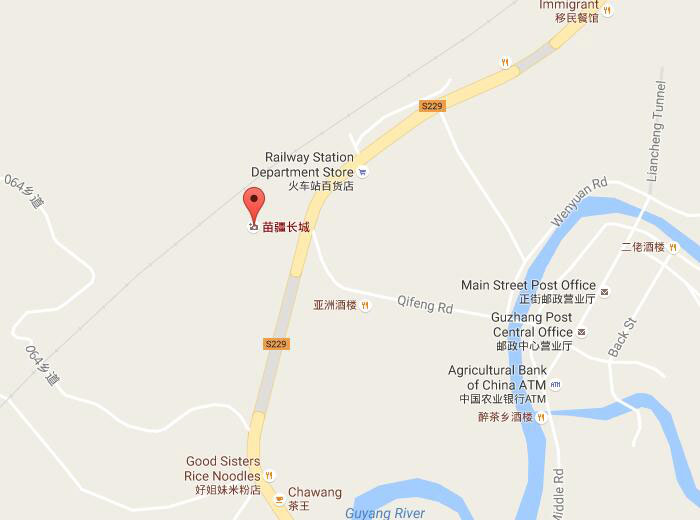 One of the largest-scale ancient architecture in China.


Great Wall, as one of the world famous heritage, is a representative of China. When referring the Great Wall, people may immediately think about the northern Great Wall. Rare people know that there is a great wall in southern China. This Southern Great Wall was built in 1554 in Ming Dynasty and completed in 1622. The rulers of the Ming Dynasty built it for the purpose of military usage to defend the kingdom against the Mio people of the south. This Southern Great Wall is located close to Huangsiqiao ancient town, about 10Km away from Fenghuang County.

The Southern Wall starts north from Xiqueying (Xique military camp) of Guzhang County in western Hunan province and south to Huanghuiying (Huanghui military camp) of Tongren City in Guizhou Province. It is in a length of 190 miles with a reputation of "Thousands of Wall in Miao Area". It is one of the greatest ancient architectures in China.


The wall is about 3 meters high and its basement is about 2 meters wide. It revolves around mountains and cuts across water. The most part of it is built on the precipitous ridges. There are more than 800 whistle terraces, gun emplacements, blockhouses, and outposts used for stationing troops and defending. At that time, often there were a troop of 4,000 to 5,000 soldiers. Today, most of the Southern Great Wall has been destroyed, and the ruins are scattered in sparsely populated ridges in the west of Hunan Province. In 2001, 1.78 kilometers of the Southern Great Wall was repaired, funded by local government. And later another 4.5 km Great Wall was rebuilt. The Southern Great Wall you are going to visit now is the repaired parts. When you tour around, it is not recommended to make comparision here with the Great Wall in the north of China. Although it is not as grand and magnificent as that in the north, and nor as large scale as that in the north, it contains the unique southern scenery and customs of ethnic minorities.

Southern Great Wall is a symbol to present the politics, economy, military and culture of Ming Dynasty. It is a site for people to study the history about the ethnic groups situation in the past time.

【Chinese name】: 凤凰南方长城
【How to get there】: You may take a bus from Shiqiaolong Bus Station (土桥垅汽车站), which pass by “阿拉营” but you can ask the driver to stop at Southern Great Wall. It takes about 30 minutes. If you have a loose budget, you may rent a car to visit there.
【Best time to visit】: April to October is the best time to visit.
【Accommodation in Fenghuang】: Usually, it is recommended to stay one night for Fenghuang trip. And homestay or hostels along the Tuojiang River is the best choice. Tourists are recommended to stay in the houses on stilts along the riverside.