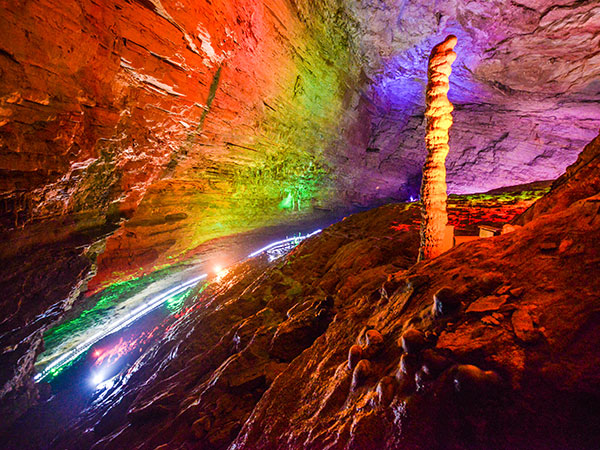 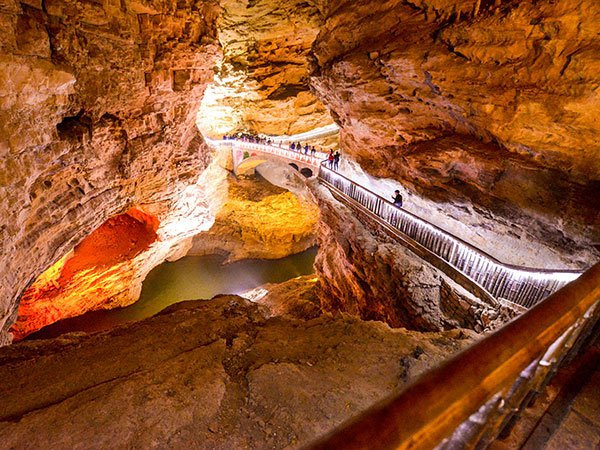 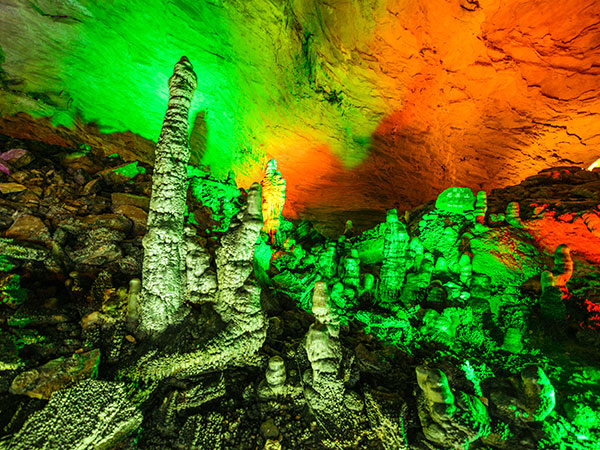 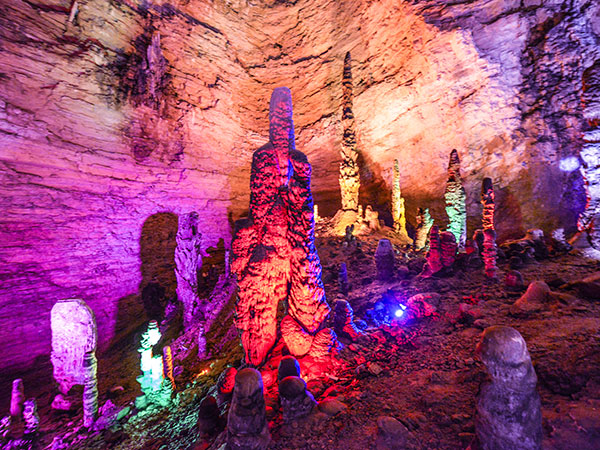 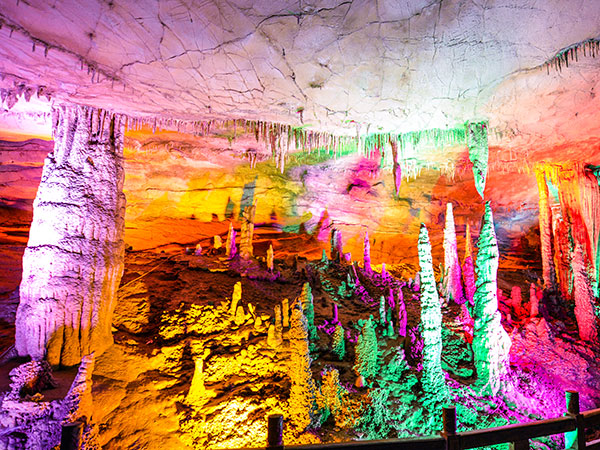 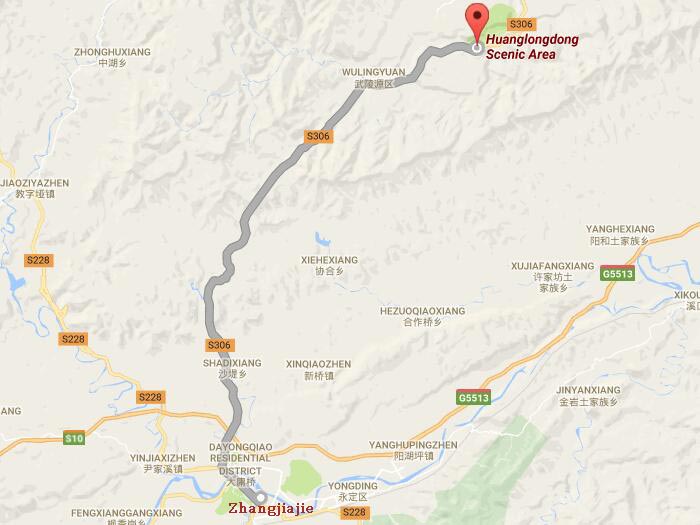 All kinds of stalactites looks colorful under bright lights

Yellow Dragon Cave lies at the eastern end of Wulingyuan Core Scenic Zone, where tourists can find caves contained in caves, rivers hidden in caves and a large number of scenic spots scattered everywhere. It is just like an underground "magical palace", featuring a wide cave, deep and secluded underground rivers, hanging waterfalls and dense stone bamboo shoots, and showing a style of its own.

Yellow Dragon Cave is more beautiful than the outside world. Day or night, without fear of rain or wind, all year long, you can delight in its wonderful scenery. The cave is of good beneficial air circulation, and is cool in the summer and war in the winter. Yellow Dragon Cave is one of the foremost scenic areas in Zhangjiajie, and was rated as one of the first 4A National Tourist Attractions in China. Also it has been honored as magical karst cave both in China and in the world.

The most fantastic of which are the Stone Fields Chamber and the Stalagmite Chamber. The stalagmite known as "sacred Needle for Stabilizing the Sea" is unique in China. It is insured for a huge sum and is indeed a miracle of Zhangjiajie's subterranean world.

Yellow Dragon Cave is the longest one in Asia; it is an incomparable realm of gigantic subterranean chambers, fantastic cave formations, and extraordinary features. Today many of the wonders of Yellow dragon cave are well known, yet the experience of exploring its chambers. is every bit as exciting. The cave remained mystic to local villagers before the first caving adventure took place in 1982; they believe it was the holy home for yellow dragon and spirits. Now the routes are well paved and well lighted. Sturdy walking shoes, flashlights, and water are required when you explore the cave.

The best time to go is from April to October. It has been granted "One of Top Six Most Beautiful Show Caves in China" by China National Geography Magazine.