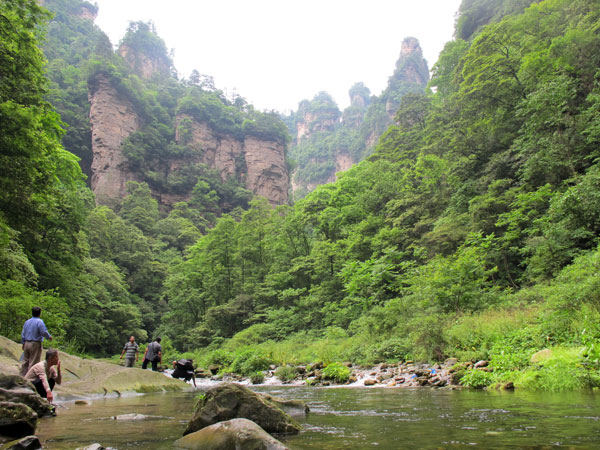 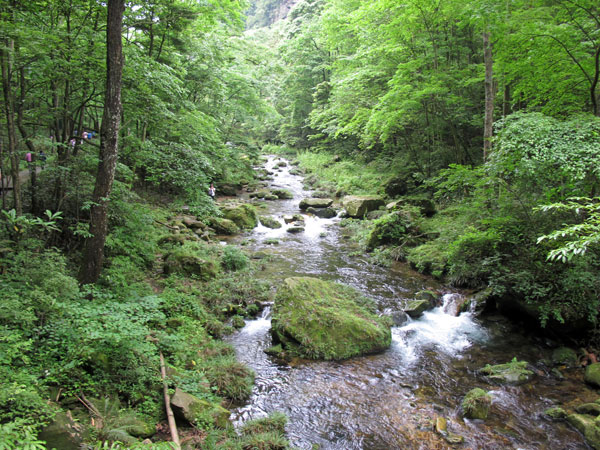 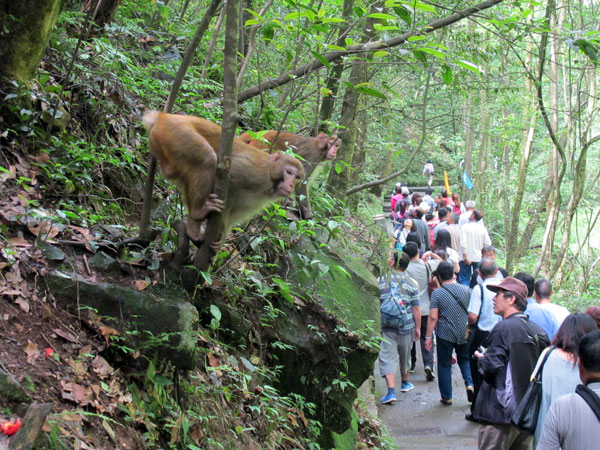 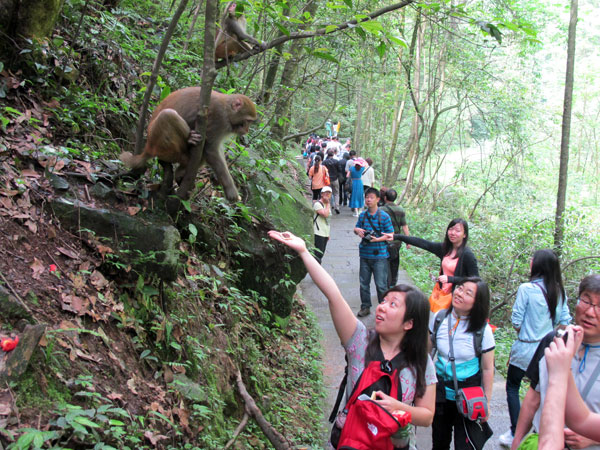 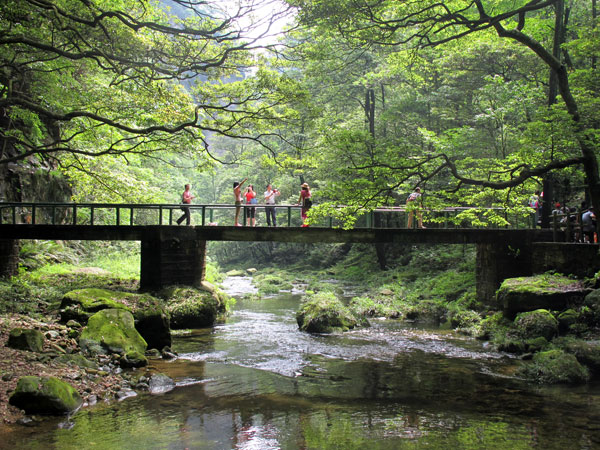 The gallery of mountains and waterways

Golden Whip Stream Scenic Area is a golden tourist area in Zhangjiajie with a total length of 5,700 meters. Located in the east of Zhangjiajie National Forest Park, named after the 380-meter high Golden Whip Rock, Golden Whip Stream meanders 7.5 kilometers. Flowing from Laomo Gully first to Confluence of Four Rivers then to Suoxi Stream, it finally joins Li river, one of the four rivers in Hunan Province. It flows between steep grotesque peaks and luxuriant trees. Here, the meandering streams, the crystal-clear waterfalls, exotic plants and rare animals co-exist and constitute the extraordinarily beautiful, tranquil and natural ecological environment. No wonder it is called "the most beautiful valley in the world" and "the most poetic stream". The major scenic spots include Rock of Welcoming Guests, Golden Whip Rock, Reunion Rock and the Purple Grass Pond.

Golden Whip Stream (Jinbian Stream) is famous for its pristine water, its verdant mountains, its steep cliffs and its serene valley. As a veritable “paradise” for plants, its pathways are adorned by an abundance of flowers, trees, and grasses. And it is also a kingdom of animals. Golden Whip Stream is named after Golden Whip Crag, its landmark spot, and runs from Laomo Bay to Shui Rao Si Men(water-surrounded gates).

【Golden Whip Crag】
Golden Whip Rock is a representative among the countless strange rocks in Zhangjiajie. It stands between mountains. The marvelous shape is looked like the military arm whip, thus its name.

On the left side of the Golden Whip Rock, there is a peak like an eagle. The head is high, the mouth is hooked, the double-winged fight, close to the golden whip rock, seems to be fighting with the enemy who invaded the golden whip, known as the Shenying Hubian.

【Fish Jumping Pool】
Fish Jumping Pool is a pool cause by the pulling stream. Stream flows from the higher place to the lower reach so that there is a pool made by the power of the water. During the spawning time, fish will swim to this pool and jump joyfully, thus its name.

【Wenxing Rock (Literature Star Rock)】
There is a rock called Wenxing Rock which means a star in the literature field. Because this rock is looked like the figure of Lu Xun, a great litterateur in Chinese history, so people title this rock into Wenxing Rock.

【Yingbin Crag (Welcoming Crag)】
This crag is looked like a person who is smiling to entertain visitors. And the cliffs between this crag just naturally shaped as a opening door. From this scene, visitors feel being entertained and waited by host.

In the clusters of the southwest of the creek, the two peaks standing, just as the couple who have reunited for a long time are gazing at each other. Husband's body is sturdy, wearing a helmet and armor, with a long sword at the waist, comforting his wife. The wife is well-proportioned, with long hair, and her left hand is holding her husband's waist. Just like a couple who meet thousands of miles away after a long separation.

Zhima Pagoda, also known as the water around the four gates, Tianzizhou, is the final stop of the Golden Whip Stream tour. It is said that it was the base camp of the ancient army to Wang Tianzi. Jinbian Stream, Longwei Stream, Nanmu Stream, and Kuangdong Stream meet here.

Golden Whip Stream is a very deep and quiet winding stream where can be seen many green hills and colorful flora and the song of birds can be heard. The 7 kilometer long stream is one of the most charming features of the scenery of Zhangjiajie. It has been called “The Most Beautiful Valley in the World.”

► 1. This area is cooler than the other part of Zhangjiajie because there are lots of trees to prevent heat from you. But it will make you feel cold sometimes, so it is better to take some long-sleeves shirts or coats.

► 2. If you plan to catch the most beautiful scene here, you can choose a fine day after the rain. The misty Zhangjiajie will lead you enter into a fairy land immediately.

► 3. Generally people travel in Jinbian Stream for 2.5-3 hours, along the way is the most beautiful boundary of Wulingyuan.

Golden Whip Stream is suitable for tourism all year round, with clear water, fresh air, lush vegetation, beautiful and quiet environment, especially in spring and autumn. Flowers bloom in spring, the scenery is fascinating; The leaves turn yellow in autumn, it becomes a golden yellow world. 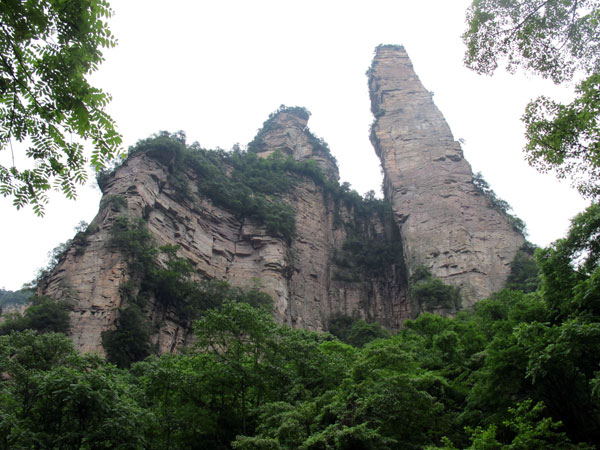