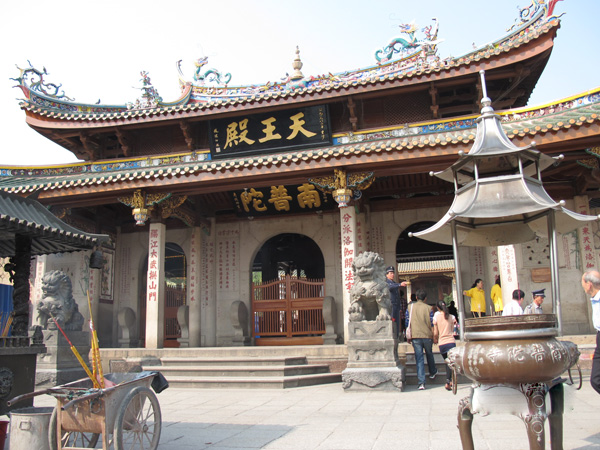 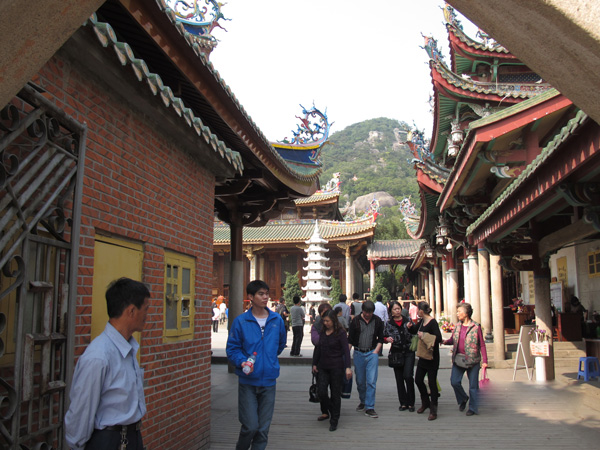 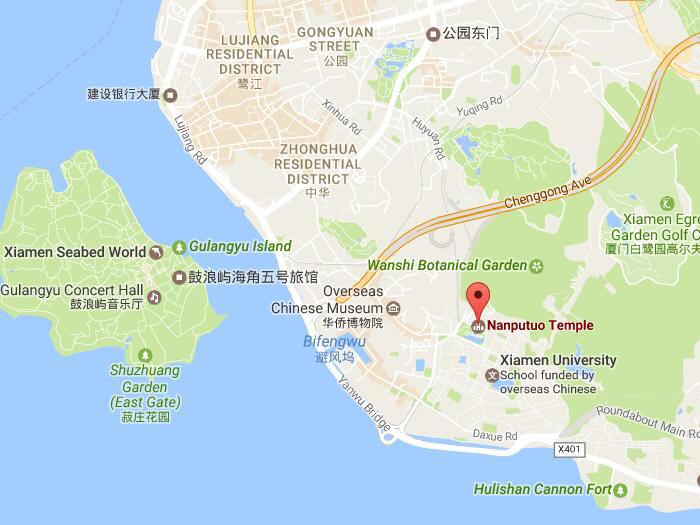 A famous Buddhist temple founded in the Tang Dynasty


Lying at the foot of Wulao Peak in the south of Xiamen Island, South Putuo Temple or Nanputuo Temple is a famous Buddhist temple in South Fujian as well as in China. The temple backs on to a group of exquisite peaks and is adjacent to Xiamen University.

The temple was first constructed in the Tang Dynasty, and was destroyed many times in the following dynasties. In the 23rd year of the Kangxi reign of the Qing Dynasty, it was rebuilt again. The Puji Temple on the Putuo Mountain in Zhoushan, Zhejiang Province mainly worships Goddess of Mercy, so dose this temple. Because it is located to the south of Putuo Mountain, hence the name of South Putuo Temple.

The structures in the temple include the Hall of Heavenly Kings, the Shrine of Sakyamuni Buddha, the Hall of Great Compassion, and the Surta House, all of which were built on hillsides, rising one higher than another. In addition, the Drum and Bell Towers are located on either side; and the Benevolence Tower on the left side and the Universally Shining Tower on the right correspond with each other, gorgeous and magnificent. The architectural complex with the features of the Buddhist temple looked dignified, implying the meaning of the boundlessness of Buddha Dharma.

The temple has endless worshippers and pilgrims all the year around. The statue of Goddess of Mercy with 1,000 hands was built with the superb craftsmanship, and the Sutra House contains various kinds of Buddhist relics.

A great number of inscriptions by celebrities have been well preserved round the temple, and a Chinese character 'Buddha' was inscribed on a cliff behind the temple, nearly five meters high and over three meters wide. Behind the temple is Wulao Peak. Standing on the peak, tourists can overlook the mountains and sea in a distance.