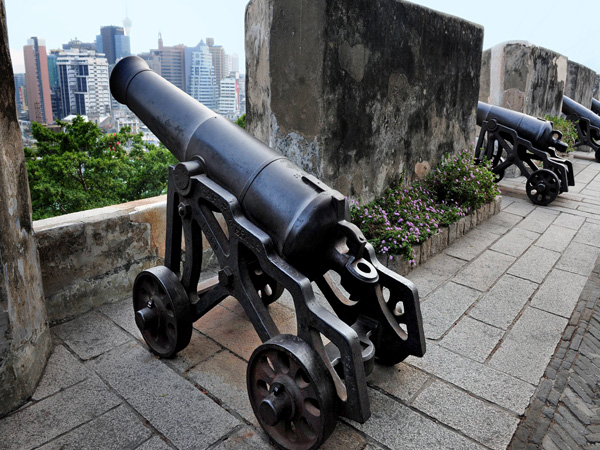 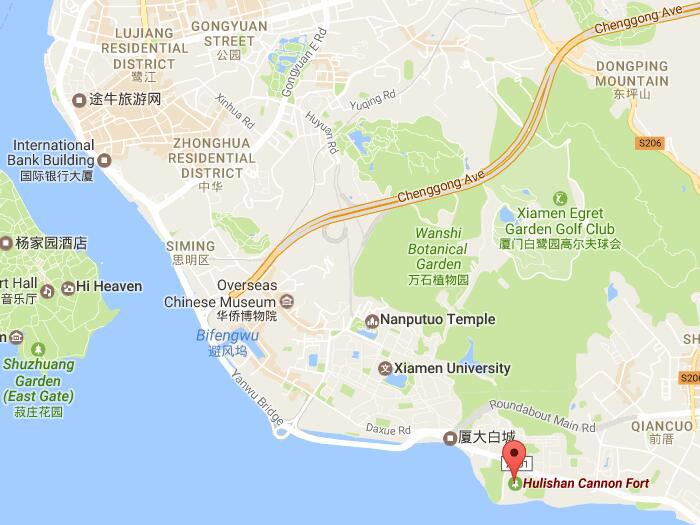 Historical fortress; a beautiful seaside attraction that allows visitors a glimpse into the history of Xiamen Island


Hulishan Fort is located in the Hulishan seashore at the southern end of Xiamen Island together with Rongguang Cultural Relics and Treasures Museum.

The auxiliary equipments include the eastern and western platforms to protect the fort, tunnels, ammunition depot, barracks, residence of officers and observation tower at the hilltop. The semi-bunker and semi-wall fort shows the European style, as well as the architectural style of the Ming and Qing dynasties. The cannon, known as the King of Cannons, was purchased from the Krupp Munitions Plant in Germany. It is the 19th-century oldest and largest coastal cannon on the original site in the world, and was included in the 2000 Guinness Book of World Records. The cannon, 13.13 meters long and 50 tons in weight, can revolve 360C and the maximum shooting ranging is 16,000 meters.

The foundation of the fort is built with the mixture of the juice of black camphor trees, glutinous rice, brown sugar, lime and sands, so that is stands firm. In from of the fort there are two terraces, Wanggui and Pangui, on which tourists can see Dadan and Erdan islets under the jurisdiction of Jinmen through a telescope.