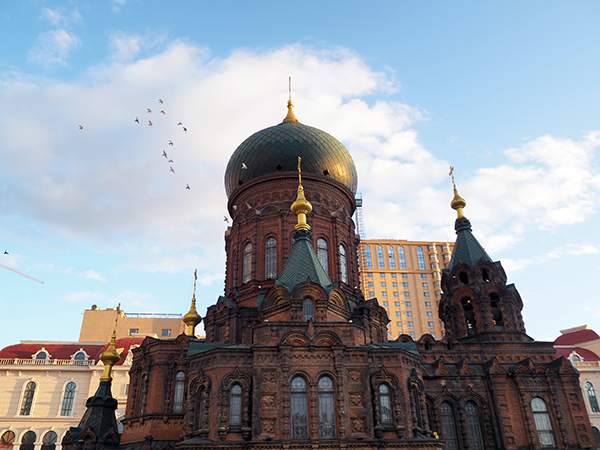 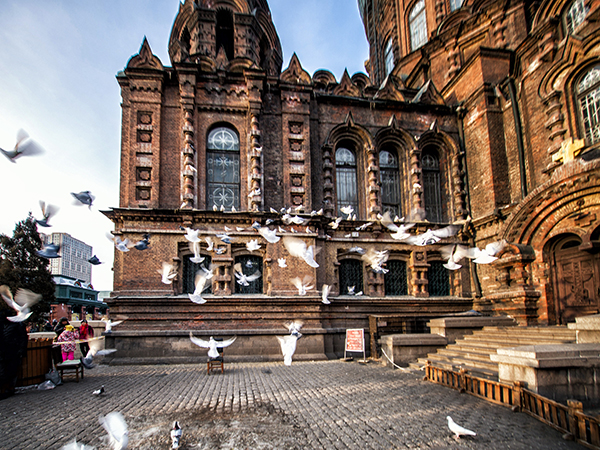 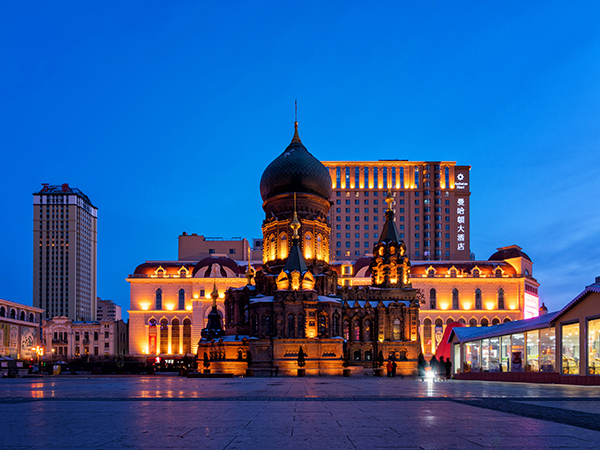 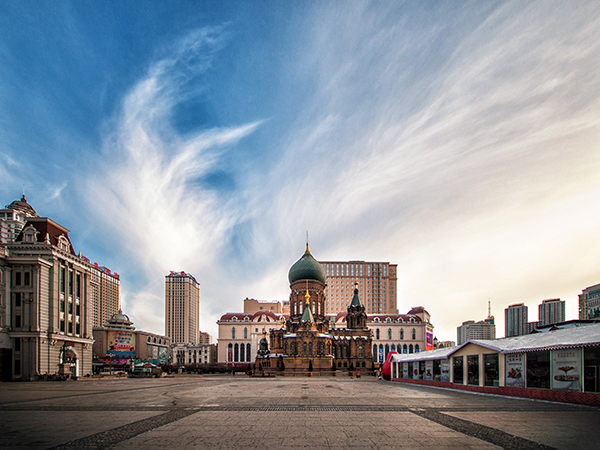 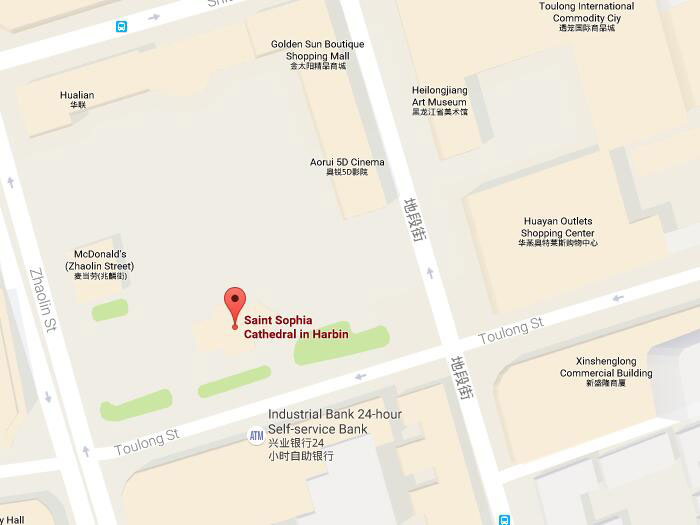 Originally founded in 1907, Saint Sophia Cathedral is a Byzantine architecture in central Harbin, and the landmark building of Harbin City. It is located at No.95 Tou Long Street in the central district of Daoli, Harbin City. Saint Sophia Cathedral in Harbin used to be a former Russian Orthodox Church and the largest Eastern Orthodox Church in the Far East. The church covers a total area of 721 square meters in construction area, and 53.35 meters in height.

This magnificent St. Sophia Church in Harbin was built and completed in March, 1907, with more than 100 years, as part of a plan to reconsolidate the confidence of the army by building an imposing spiritual symbol. The church was expanded and renovated from September 23, 1923, when a ceremony was held to celebrate the laying of the cornerstone, to its completion on November 25, 1932, after nine years. And since this time, it has kelp this appearance till nowadays. In 1996, Saint Sophia Cathedral was designated as Harbin Architectural Art Gallery after being repaired. In present days, St. Sophia Church was hailed as a monumental work of art and the largest Orthodox church in the far east.

Every day it attracts lots of tourists and local people to relax and take pictures. Saint Sophia Cathedral is getting more and more attention both from home and abroad.

Saint Sophia Cathedral was designed by a Russian architect. The main central building has a standard large dome, just look like other featured buildings in Russia, towering & spacious. The most striking part of the church, is the large semi-circular dome, up to 48 meters high. This kind of dome contains a typical Russian architectural style, looking magnificent. It is comparable with Basil's Cathedral in Moscow. The walls of the church are built with Shimizu red bricks. Surrounding the dome is four different sizes of tent roofs, connected by stairs between floors under the roof of the four. The whole church has four door accesses. At the top of the main entrance is a bell tower, where there are seven bronze chimes (said to have been lost).

After the church converted into Harbin Architectural Art Gallery, it is open to the public. Here displays nearly a thousand pictures and a sandbox of Harbin urban planning, reflecting Harbin's past, present and future. After reconstruction, the original inside structure was missed, and the function as church has disappeared. If visitors are interested in only architecture and church, you do not need to go inside.

In front of the church is a large musical fountain, where the locals are very fond of taking their wedding photographs. Compared with the view in daytime, it is more beautiful at night, when night falls and being under bright lights, the church looks more majestic, mysterious and exotic.