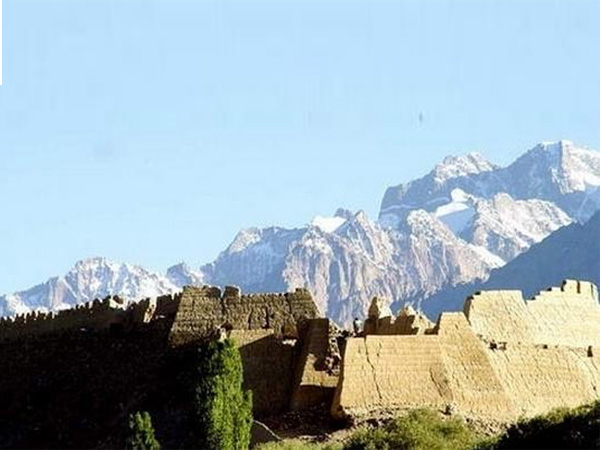 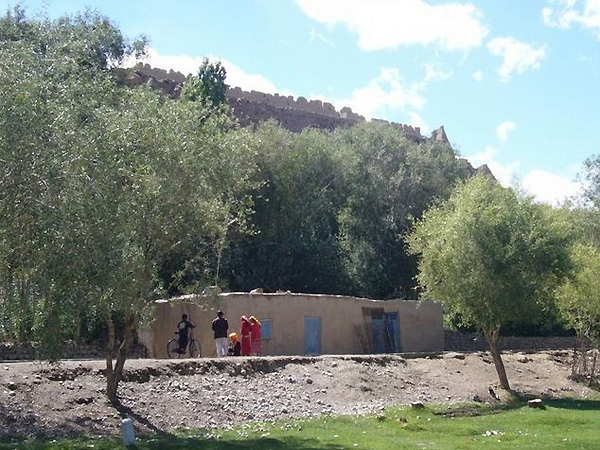 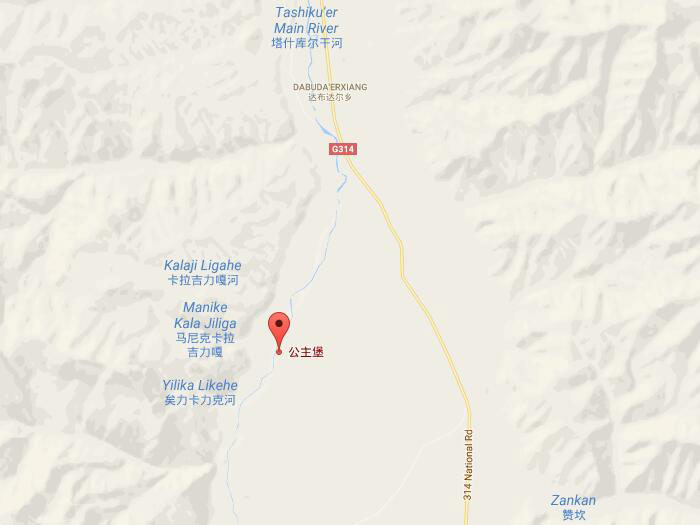 One of the highest old castles in China.

The princess castle, located in Ming Tiegai Region where is about 70 km south of Tashkurghan Tajik autonomous county, local Tajik called it “Kertz Kurgan” means “the princess castle” where is a key area with an altitude of 4000 meters of the canyon mountain on the old silk road. The Princess Castle is the one of the Chinese highest ancient castle known for people.

The whole castle is high-risk and steep; it is not easy for climbing. Inside the fort there are houses and other sites such as construction sites and pottery, stone fragments, but it is equally treacherous. Under the fort is the conjunction of Khunjerab cross the Kalaqiukuer River. From its position, the academia think this is an important military fortress built in before and after the A.D. Because of it, a valley in the north of the castle is referred to as "the Princess Castle Valley”; A lone cypress tree inside the fort was called “princess cypress”. Local Tajiks are called the princess castle called it “Kertz Kurgan” means “the girl city”. And yet with the name of this is tightly connected with the legend of Tajiks are descendants of Han nationality.

Before it is the roaring, galloping and ink-liking river Tashikuergan River, in the back is the Daban nearly touch the high blue sky, with a ridge of the abrupt rise, steep tall and straight. There are walls, heavy doors, crypt and Chambers, the castle’s location of mountain is dangerously steep. There is a valley in the north with an altitude of 4000 meters above sea level and it is the key place along the Silk Road. The castle relics are consisting of wall, heavy doors, the crypt and chambers with a total number of thirteen sites. The area of fort is more than 2000 meters in diameter, building according to the ups and downs of the mountain. In the front is the sloping wall with stone, the western wall is made of loess. In addition to the south and the north there are segments the slope which can be mounted on the top of castle, other places are difficult to pass even birds are also difficult to overstep the rest of the face steep slope.
Princess castle is on the ancient Silk Road crossroads. A west road of Princess Castle can reach Asia, Afghanistan and Iran “five sea land” if head to west; and a south road which is 314 national roads now from the Khunjerab pass can be arrived in south Asian countries after Daban over Kashmir. In the near side of the river, it is said that there was a small platform, the above are now fort residual remains, it and the princess castle owns its own place and constitute a complete military project. With strategically location where is difficult to access and its unique location, people in there can attack and defend. It can be describe as completely control the Pamir ancient silk road of the both sides, and it grasps the interchange of politics, economy, military defense and transportation hub.

Long ago, there was a Han nationality princess marry the prince of Persia. When seeing the bridegroom off team via a particular place, suddenly encountered bandits disorderly, the guards in order to protect the princess, seek a steep hill nearby and let the princess settled in the hills to make sure princess’ safety. When comes to eating time every day, the guards throw a rope and hang up the food to pass for princess. After a period, bandits were clear, princess need to set out again, but there is an incredible thing happened, the princess was already pregnant! Oddly, the princess was even also not clear. The maid beside the princess said, the princess trapped in the top of the mountain, every day a prince riding a golden horse, came to the mountain from the sun to tryst with the princess, the child in princess belly is “Han nationality’s son”. This explanation is certainly not accepted by the prince of Persia, but married girl is like the water poured out, therefore the princess also can't go back. Loyalty guard then had only one choice that is and the on-site camping in here, built palace pavilion in the top of the mountain, the princess officially settled in and became the king. In the second year, the princess gave birth to a boy, since then the people live there. Many centuries later Tashkurgan became the capital of Sarikol kingdom, a kingdom of the Pamir Mountains, and later of Qiepantuo under the Persians. At the northeast corner of the town is a huge fortress known as the Princess Castle dating from the Yuan Dynasty (1279–1368 CE) and the subject of many colourful local legends. Therefore the place is called "the princess castle."