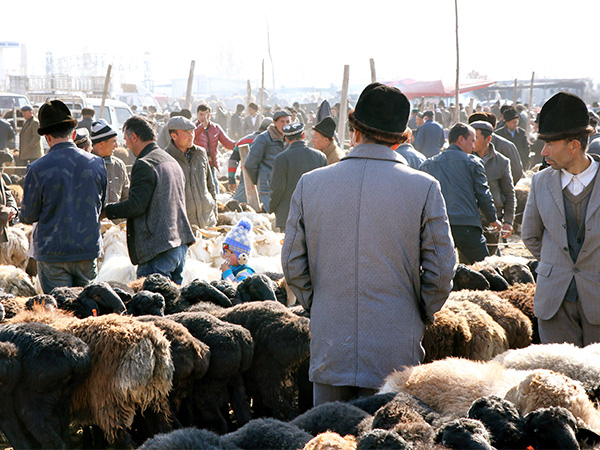 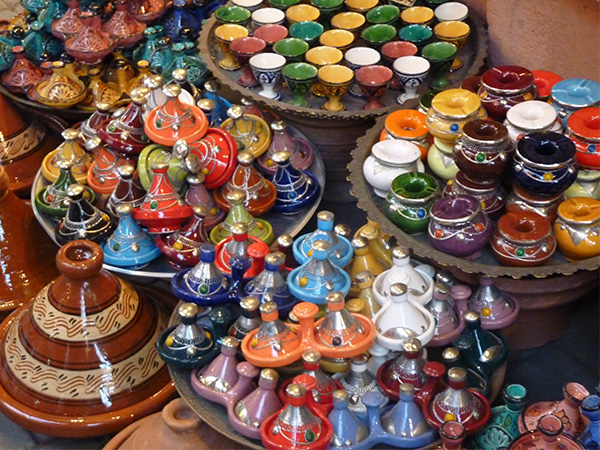 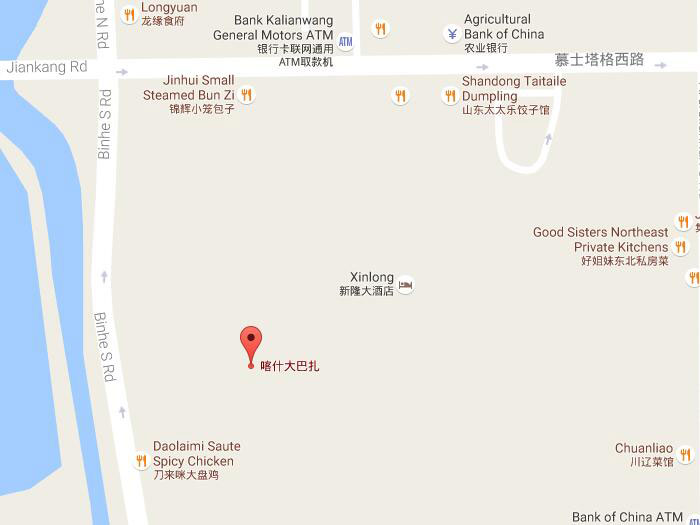 The largest international trade market in northwest of China.


Bazaar means a fair or market in Uygur language. Located in far eastern China close to the border of Pakistan, Kashgar has always been an important trading oasis – each Sunday the population swells by 50,000. Kashgar’s Bazaar is undoubtedly one of the most fascinating bazaars across the world. The magical streets of Kashgar on big bazaar day are a kaleidoscope of colors in perpetual motion. Thousands of people, Pakistani traders, nomadic Kazakhs, and ethnic Uyghurs, crowd into narrow ancient streets, each bearing a bundle and many accompanied by a bleating sheep or ambling bull. People visit the market perhaps twice a year to sell their goods – mostly are garden produce.

Big Bazaar group offers more than 100 stores all over the country with an amalgamation of Indian bazaars’ feel and touch with a convenience and choice of the modern retail facilities. The retail format of the Big Bazaar group includes Aadhar, Rural & Home-Town retail chain, Ezone home-improvement chain, sportswear retailer, depot and music chain is few among others.

There are a lot of bazaar in Kashgar, distribute in rural and urban streets everywhere, but one of the most famous is the east gate of the city grand bazaar. This is mainly because in Kashgar all bazaars, east gate bazaar has the largest commodity with the most abundant, the most affordable price, the most strong atmosphere. Kashgar Big Bazaar is located in the east gate city, northwest region's largest international trade market in China. The Kashgar are the famous historical and cultural city of the ancient Silk Road, is also a commodity collection and distribution center. The traveling merchants starting from Xi'an in old days, no matter go south road or go north Tianshan road, are converging in Kashgar.

1992 years ago, the bazaar only open on Sunday, so far some information still call this bazaar as “Sunday Big Bazaar”. In fact every day the bazaar is open now, but only on Sunday can make people feel boisterous spirit of bazaar.

Kashgar Big Bazaar is located in the East Gate of Kashgar city, and it is the largest international trade market in northwest area of China. Bazaar is Uyghur, means fair. Kashgar is the famous historical and cultural city of the ancient Silk Road, is also a commodity collection and distribution center. The trade caravan from Xi’an, whether they went Mount Tianshan south road or north road, they were converging in here.
The Bazaar here so far has two thousand years of history, and it was known as "Asia's largest market" in the ancient times. The bazaar has more than 5000 stalls, there are nearly ten thousand kinds of commodities, and visitors flow rate is up to more than ten thousands every day.
Since the Khunjerab Pass and Torugart Port opened, they opened the international goods channel, a large number of foreign tourists, businessmen and an endless stream came here with a large number of exotic goods for trade, also they would purchase a lot of Chinese goods from bazaar.
Before 1992, the bazaar only opened on Sunday, so far the foreign tourists and foreign travel information will still called the bazaar as "Sunday Big Bazaar", in fact the bazaar opens every day now, but only on Sunday can a person feel the liveliest spirit and an unprecedented scale of bazaar.

Famous Kashgar Big Bazaar is formed through the long history of development, it is a two thousands years old traditional trading market. As early as 128 BC, Zhangqian was sent on a diplomatic mission to the western region, when he came to the Shulik (the Kashgar city right now), one of the 36 countries in the western region, once he made the description of the way about Kashgar, Shulik city as well as the towns of central plain, there were streets of decent market shops, at that time, whether inner city or outer city, the city was crowded with people and vehicles, camel and caravan, bustling. Even more interesting is that the people in the market wearing colorful clothes, people on the market speaking a variety of languages, at that time it has already been a bustling trade market.
Kashgar Big Bazaar has such a large scale is mainly determined by its geographical position, according to the tradition of Kashgar Uighur, since ancient times Kashgar Bazaar had divided by specialty, such as straw bazaar, carpet bazaar, cloth bazaar, livestock bazaar, knife bazaar, and dried fruit bazaar, especially livestock bazaar generally opened only on Sunday. During that day people from all directions came here to sell livestock, here you can experience that ancient form of trade of the ancient Silk Road, you can see the stock exchange, especially deal in the sleeve.
Before you go to the bazaar, there are some matters needing attention: first, pay attention to safety, because it is crowded with a lot of people buy and sell here, please must pay attention to safety. An there is a useful uygur: "posh", "posh" means please get out of the way, please move; The second is to pay attention to valuables things you bring, in case of loss; The third thing is to remember your parking place and location, please return parking place on time.