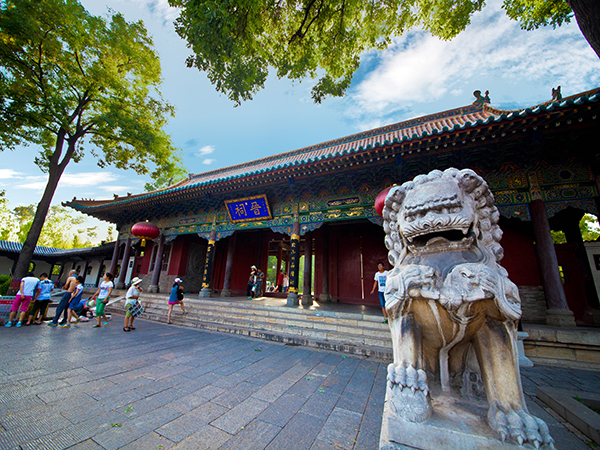 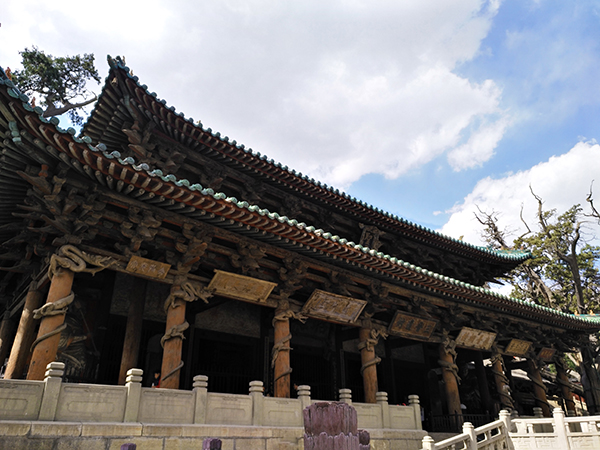 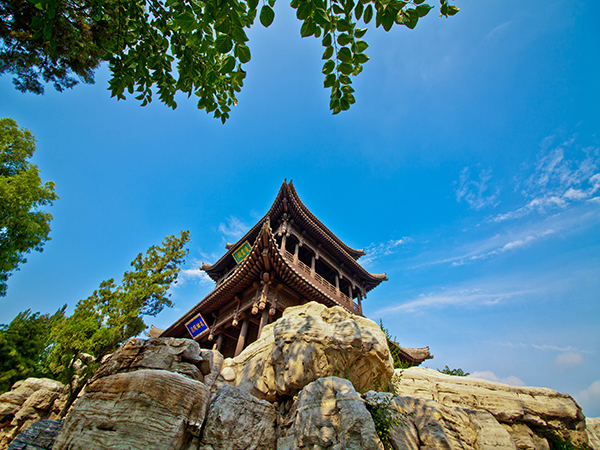 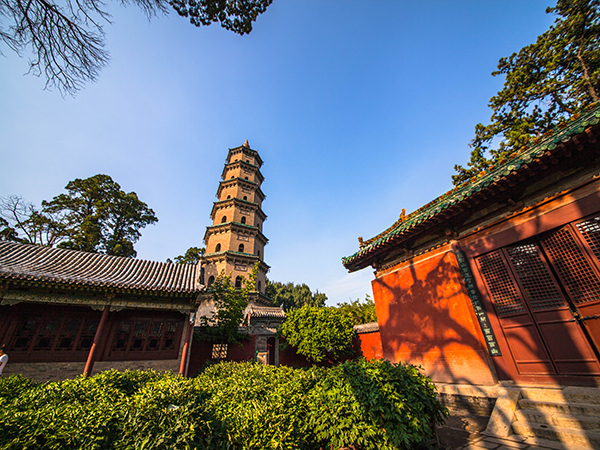 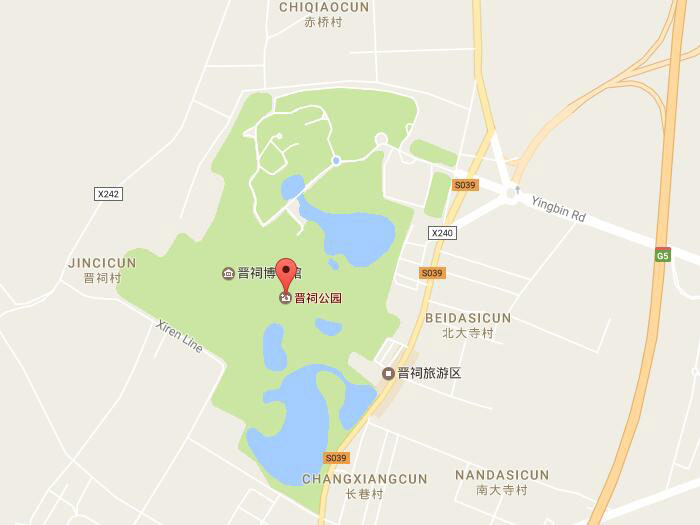 
Jinci Temple is situated in the southwestern Taiyuan, Shanxi Province, China. There are more than 10 ancient architectures in this temple. And the quiet environment, charming scenery, marvelous buildings, and the lively article statures make Jinci Temple become famous in the world for decades of years. It is a historic relic integrating gardening art, carving art and stele stones art.

Jinci Temple was founded about 1,400 years ago and expanded during the following centuries, resulting in a diverse collection of more than 100 sculptures, buildings, terraces, and bridges. The best known structure at Jinci is the Hall of the Holy Mother, which was constructed in 1032. It has carved wooden dragons coiled around the eight pillars that support its upward-curving double-eave roof. The complex includes a classical garden with a 3,000-year old cypress dating from the Zhou Dynasty. Next to Jinci is the Wang Family Hall, a private villa built in 1532 for Wang Qiong, a high ranking official during the Ming Dynasty.

The main buildings are distributed along the central axis from east to west. They are the Shuijing Platform, the Huixian Bridge, the Jinren Platform, the Duiyue Hall, the Bell and Drum Towers, the Xian Hall, the Yuzhao Feiliang (Fish Pond and Flying Girder) Hall and the Shengmu (Goddess Mother) Hall. North to them are the Shuyu Temple, the Wutianshen Temple and the Wenchang Hall; south to them are the Shuimu Hall, the Nanlao Spring Pavilion and the Sheli Shengsheng Tower. All the buildings are in compact and strict structures of a temple in a sense, but it is also an imperial garden from another perspective. The cypresses grown in the Zhou Dynasty and pagoda trees of the Sui Dynasty (581-617) are still vigorous, lush and green. Despite the trials and hardships of thousands of years, their old branches form a crisscross network and are reputed with the restless the Nanlao Spring, wonderful portraits of the maids in the Song Dynasty (960-1279) as three matchless works in the Jinci Temple.

【Chinese name】: 晋祠
【Best Time to Visit】: the best time to visit Jinci Temple is between Mays to Octobers.