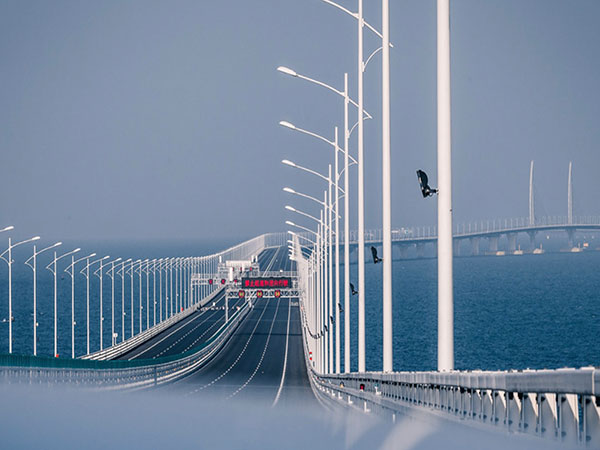 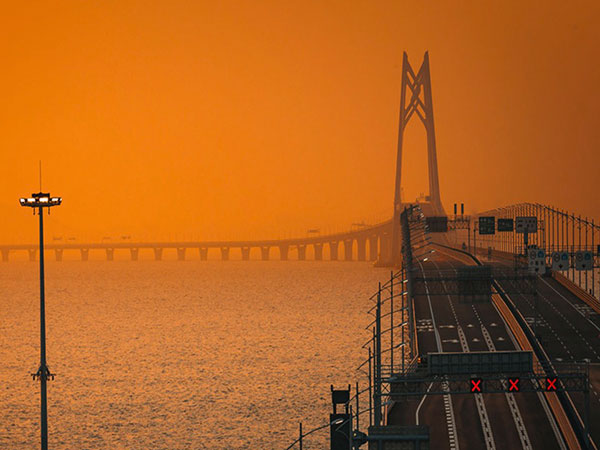 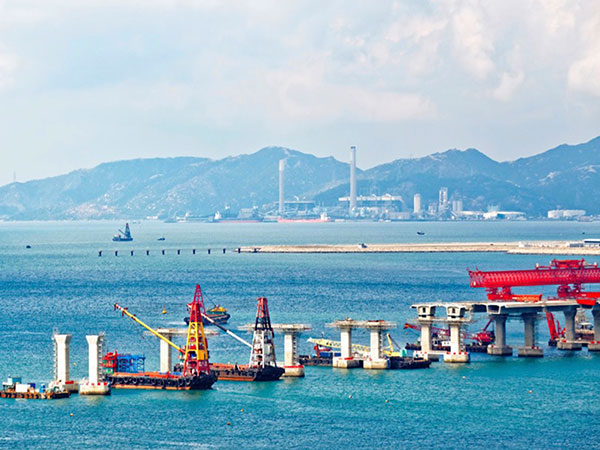 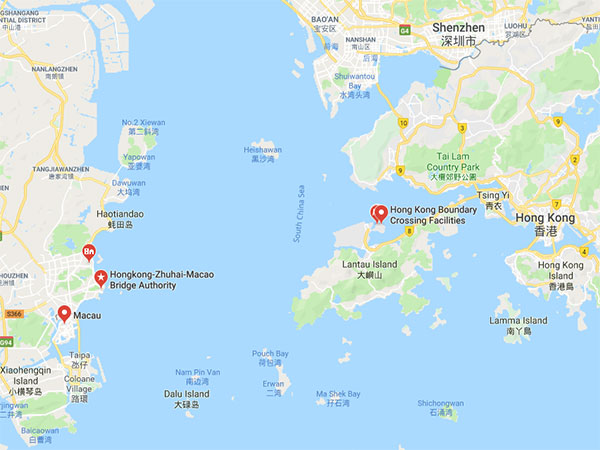 Longest Sea-crossing Bridge in China, Recommended ways from Hong Kong to Macau and to Zhuhai

Hong Kong-Zhuhai-Macau Bridge(HZMB) is the longest sea-crossing bridge in China and also in the world, with a length of 55 kilometers, connects Hong Kong, Zhuhai, and Macao  together, and shortens the driving time from Hong Kong to Zhuhai and Macao from 3 hours to 45 minutes. It has great significances not only in bridge construction, but also in economy.

► Who is the designer of HZMB?

Meng Fanchao is the designer and chief engineer of HZMB.

►What is the cost of HZMB?

It costs about 120 billion RMB.

►When does it open?

As an outstanding sea-crossing bridge, Hong Kong-Zhuhai-Macau Bridge has great achievements surprising the world. The 55 km Hong Kong-Zhuhai-Macau Bridge has a 6.7 km undersea tunnel, 2 offshore artificial islands. The undersea tunnel and offshore artificial islands are never made before the construction of HZMB, and the technology to build this sea-crossing bridge was a great challenge to China, but China did it. The successful construction has sharpened China’s technology and impressed the world with another human wonder. The most direct influence upon ordinary people is that it shortens the distance from Hong Kong to Zhuhai and Macao, saving people much time and travel cost.

Hong Kong-Zhuhai-Macau Bridge has three ports, in Hongkong, Zhuhai and Macao. It is a six lane two way highway, with a design speed of 100 km per hour. Special license is needed for cars running on this bridge.

► What are the time slots for traffic permits on HZMB?

HZMB is available in 24/7 for car drivers. In nights, there are bright lights, and drivers won’t have any problems while driving in dark nights.

►What cars can use HZMB?

►What is the toll charge?

Hong Kong-Zhuhai-Macau Bridge only has 1 toll plaza with 20 toll gates, which is set up in the bridge management area of Zhuhai-Macao ports artificial island. The toll charge is listed as this: 150 yuan for private car and taxi, 200 yuan for cross-boundary bus, 300 yuan for shuttle bus, and 60 for goods vehicle, and 115 for container truck. The Bridge toll could be paid through cash, bank cards and e-payment like WeChat Pay and Alipay.

Shuttle bus is running between Zhuhai port/ Macao port and Hong Kong port. Steps for taking shuttle bus: Passengers pass though a port, buy ticket and take shuttle bus, and pass through another port. Although tourists take shuttle bus travelling in this three cities, necessary papers are needed according to law, which is the same like travelling through other ports. Every seat is equipped with USB interface for passengers.