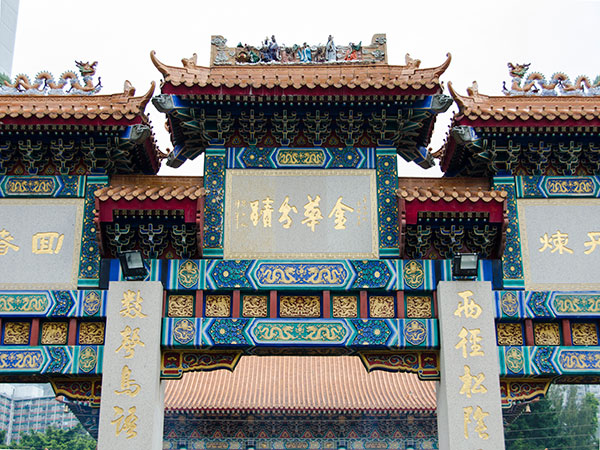 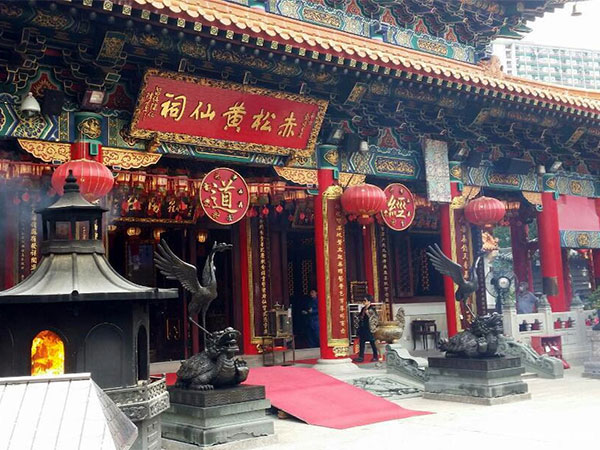 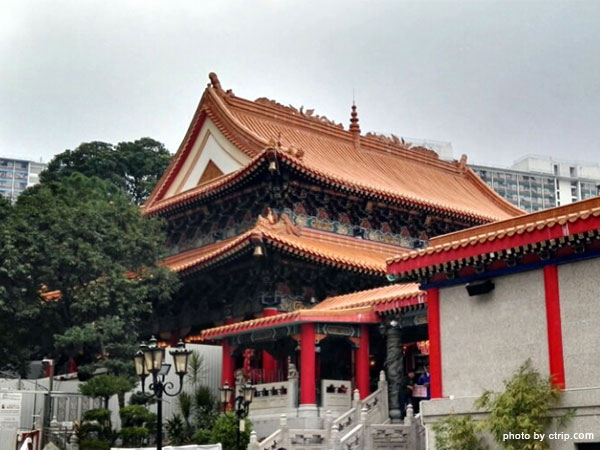 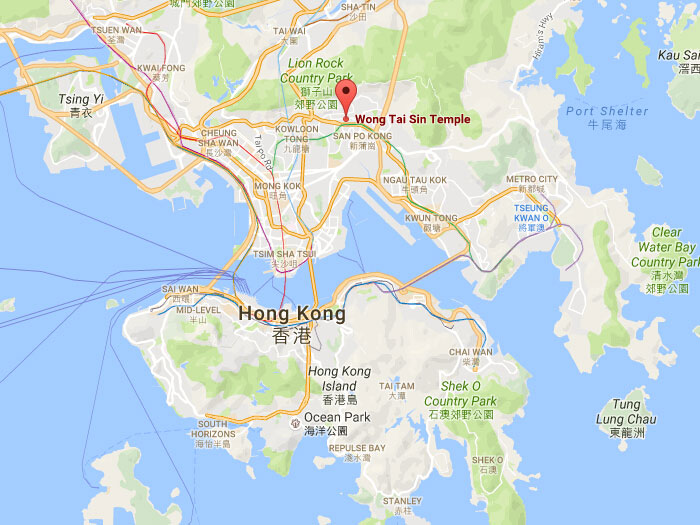 A famous temple in Hong Kong with long history

Also known as Sik Sik Yuen, Wong Tai Sin Temple is one of the famous historical sites in Kowloon, Hong Kong, as well as one of the most famous Taoist temples in the city. It is renowned not only in Hong Kong but also overseas. Wong Tai Sin Temple is dedicated to a famous Chinese Taoist - Wong Tai Sin, or the Great Immortal Wong, and is famed for the many prayers answered: "What you request is what you get" via a practice called Kau Cim. Many people come here to pray for happiness, peace and health. Most people who visit the temple have their fortune told by a 'soothsayer'. In addition, here is also dedicated to deities of Confucianism and Buddhism, such as Confucius and the Goddess of Mercy. Home to three religions (Taoism, Buddhism and Confucianism) its natural setting and beautifully ornamented buildings make it as much a scenic attraction as an important religious centre.

Decorated in a riot of colors, Wong Tai Sin Temple is an excellent example of a traditional Chinese temple and features red pillars in Hong Kong, a gold roof adorned with blue friezes, yellow lattice work and carvings. Hong Kong has listed this temple as a historic building, and it is also the only Taoist temple that is approved authorized by the Hong Kong government to hold Taoist wedding ceremony and issue effective marriage certificates.

As the only temple of Taoist in Hong Kong, it has welcomed thousands of tourists for many years. This Taoist temple is not ancient. As a matter of fact, it was built in 1921 and named for Wong Chuping, a shepherd who began following Taoism at the age of 15. By the age of 55, it is said that he reached enlightenment and gained immortality. From that point on, he was referred to as Wong Tai Sin.

The temple is dedicated to the famous monk of yore, Wong Tai Sin (also known as Huang Chu-ping), who was born in the 4th century and became a deity at Heng Shan (Red Pine Hill). In 1915, Taoist priest Liang Ren-an and Liang Junzhuan carried a sacred portrait of Wong Tai Sin from Guangdong in southern China to Hong Kong. They set up a small shrine to worship Master Wong Tai Sin on Hong Kong Island, opening an herbal shop there.

In 1921, Taoists obtained divine guidance from Master Wong Tai Sin that a new shrine should be built near Kowloon. When they arrived at Chuk Yuen Village, they were told that it was a good site. Eventually, a shrine was set up with the altar named as "Pu Yi Tan". Meanwhile, the managing body, "Sik Sik Yuen" (The Yuen) was established.

In the beginning, the Temple used to be a private shrine and was only accessible to Pu Yi Tan Taoists and their family members. In 1934, Sik Sik Yuen formally applied to the government for opening the temple to the public during Chinese New Year. In 1956, permission was obtained for the temple to open to the public. To facilitate administration and management, the Yuen in 1965 registered itself as a limited company of charitable nature and was granted the exemption of adding the word "Limited" to the organization's name. Since then, more and more followers come here to pilgrimage.

After decades of careful management, now housing this precious portrait, the Wong Tai Sin Temple is one of the most famous temples where worshippers pray for good fortune through offerings, divine guidance and fortune telling.

What to See in the Temple

The main building of the temple - Daxiong-baodian Hall (or Grand Hall) is built in traditional Chinese temple style with grand red pillars, a golden roof adorned with blue friezes, yellow latticework, and multi-coloured carvings. Aside from the Daxiong-baodian Hall, Sansheng Hall (Three-Saint Hall), Good Wish Garden and small gardens are also worth seeing. The Three-Saint Hall is dedicated to Lv Dongbin, Guan Yin, and Lord Guan. The temple grounds also feature three memorial archways. The first one stands outside the temple and is carved with the name of the temple. If you walk past the soothsayers and the fortune-telling stalls, you can see another memorial archway. And if you continue further along the third memorial archway standing before you.

There is a Nine-Dragon Wall modelled after the one in Beijing. Containing a portrait of Confucius, the Taoist temple has a collection of Confucian, Taoist, and Buddhist literature.

Every year from 1st to 15th January of Chinese lunar calendar, the temple receives numerous visitors, such as those who come to pray for fortune, happiness or health for the New Year, or those whose prayers were answered returning to thank the immortal. On the Chinese New Year's Eve, thousands of worshippers wait outside the temple before midnight and rush in to the main altar to offer Wong Tai Sin their glowing incense sticks when the new year comes. As the tradition goes, the earlier they offer the glowing incense sticks, the better luck they will get at that year.

Wong Tai Sin's birthday on August 23rd of Chinese lunar calendar, and the Chinese New Year holidays are the busiest times for the temple.

How to Get to Wong Tai Sin Temple

You matake MTR to Wong Tai Sin Station, get out through Exit B2, walk for about three minutes.