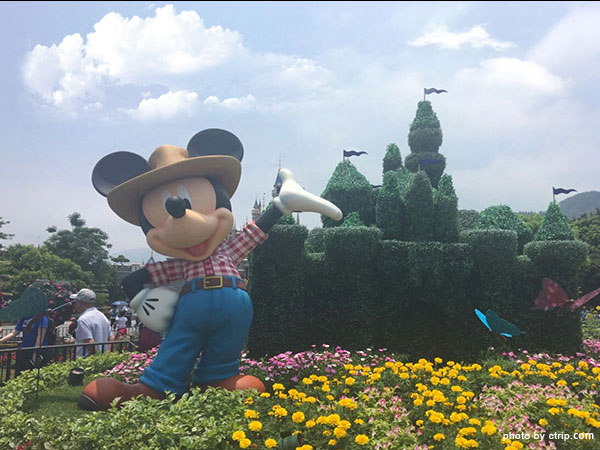 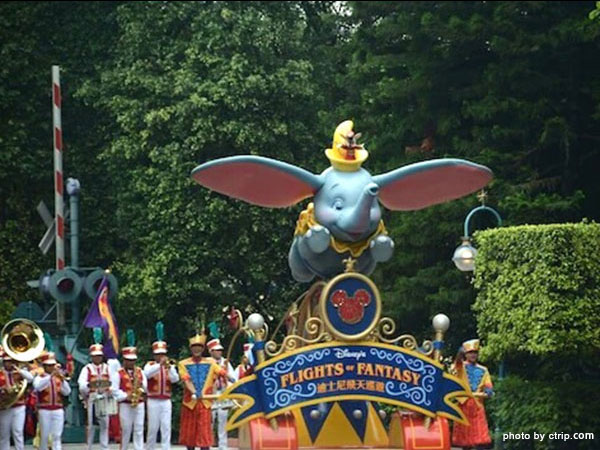 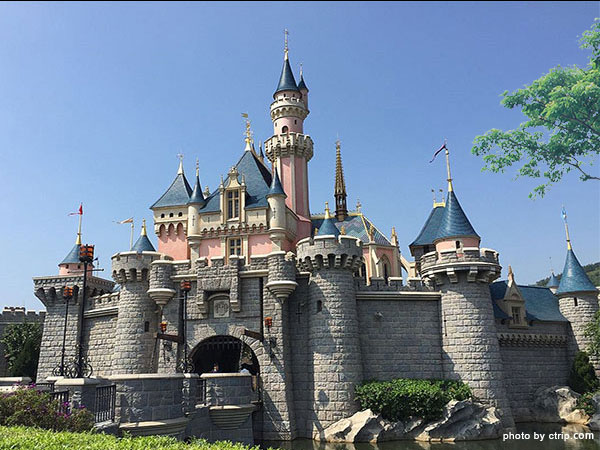 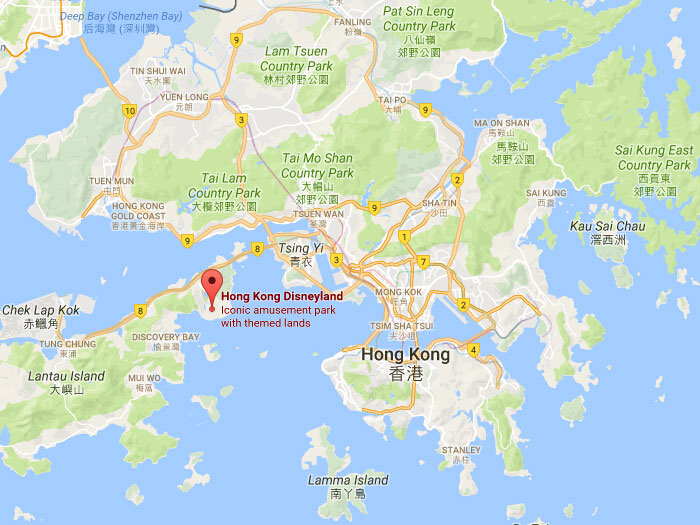 Hong Kong Disneyland Park was open in September 12, 2005. The themed park covers an area of 126.82 hectares, being the world's smallest Disneyland. The park was composed of 7 themed zones which host various rides, shops, restaurants, and live entertainment. The themed zones include Main Street U.S.A., Adventure Land, Fantasy Land, Tomorrow Land, Toy Story Land, Grizzly Gulch and Mystic Point. Among them, Grizzly Gulch and Mystic Point are unique and can only be found in Hong Kong Disneyland.

There are also many amusement facilities, entertainment performance, interactive experience activities, catering options and commodity shops. In addition, the park puts on parade performances and fireworks displays every day. In the themed park, you can also find a Disney cartoon characters Mickey Mouse, Winnie the Pooh, Mulan, Cinderella, Sleeping Beauty Princess, etc. The theme park's cast members use English and Chinese, including Cantonese and Mandarin dialects, to communicate verbally. Guide Maps are printed in both Traditional and Simplified characters, Japanese, and in English.

【 Fantasy Land】
It brings to life characters and places from Disney's movies for children. It features Sleeping Beauty Castle, as well as the Fantasy Gardens where costumed Disney characters can be met.

【Toy Story Land】
The themed land makes use of characters from the Toy Story movies, that is why it is so named. It is sited in the west side of the park, behind Fantasyland. It is themed using bamboo to act as giant blades of grass surrounding the area.

The park features a daytime parade "Flights of Fantasy", as well as a nighttime firework show "Disney in the Stars", and the nighttime parade "Paint the Night". Seasonal entertainment, such as "A Sparkling Christmas", "Disney's Haunted Halloween",and "Disney's Chinese New Year", are held in the park to celebrate major holidays.

【"Disney In The Stars” Fireworks】
It is one of the most wonderful performance put on in Disneyland. Gaze at the splendor above Sleeping Beauty Castle, where breathtaking light and color sparkle to classic Disney music. The performance lasts approximately 12 minutes.

【"Disney Paint the Night” Nighttime Spectacular】
Brighten up your night by watching this parade of pixie-dust infused light and color, and enhance it with your own “Mickey Magic Paint Brush!”. You can make some parade costumes change colors in real time when you wave your “Mickey Magic Paint Brush.” So when Disney Characters and dancers get close, the interaction takes on a whole new light! It lasts approximately 40 minutes.

【Flights of Fantasy Parade】
Watch and cheer as Disney Characters join this sky-high celebration with music, dancing and excitement "in the air”. It lasts approximately 35 minutes.

How to Get to Hong Kong Disneyland