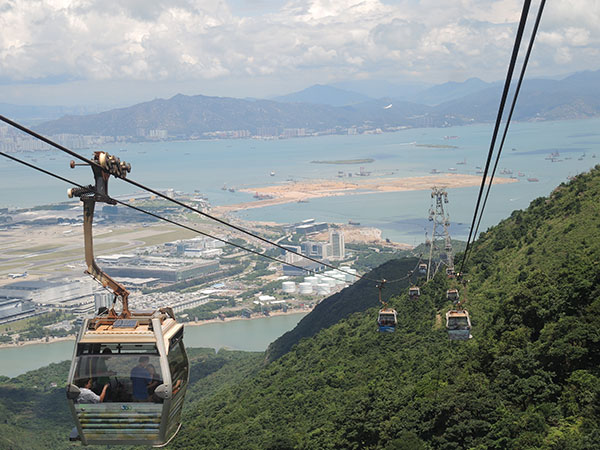 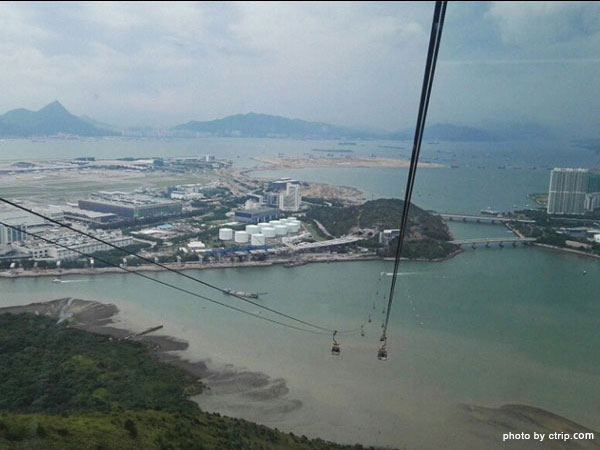 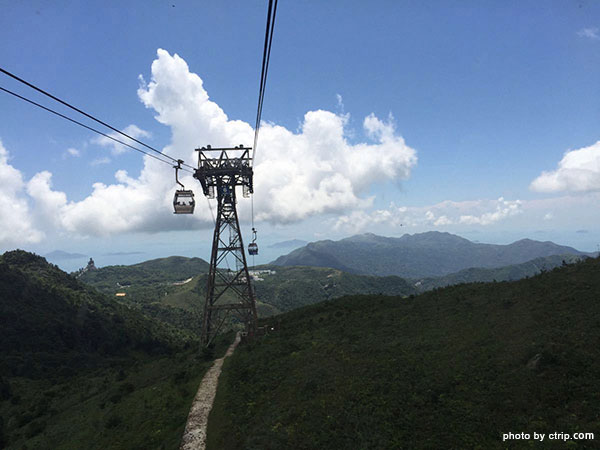 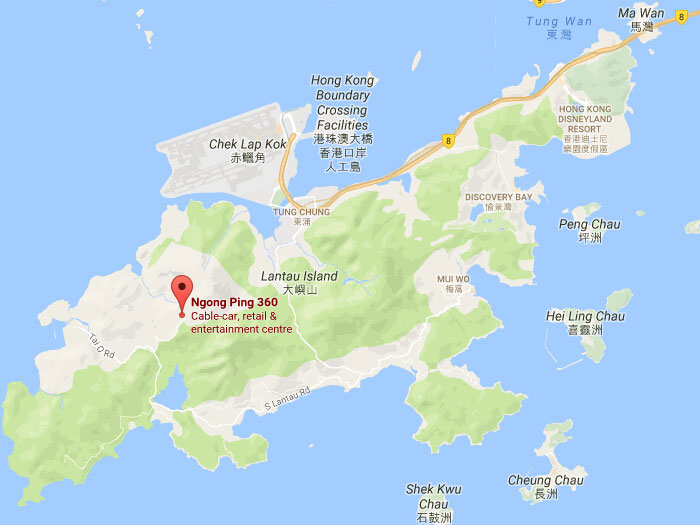 Ngong Ping 360 is a dynamic experience that combines a stunning 5.7km cable car journey with an impressive cultural themed village and easy access to the Tian Tan Buddha Statue

Unlike other ordinary cable cars, the design of Ngong Ping 360 is divided into three sections, you need to turn twice. You should start take the cable car located in Tung Chung Cable Car Station, first across Tung Chung Bay to reach Chek Lap Kok station, then turn 60 degrees to Mount Maitreya in North Lantau Country Park, and then turn on the mountainside of Maitreya station and finally arrived at Ngong Ping cable car station.

Unlike Ocean Park cable car system, Ngong Ping 360 cable was designed with dual overhead lane, the cable car system has eight towers, of which 5 in Country Park. Distance between towers is a little far, so high-loaded cable car should be used. The cable car can accommodate up to 17 people, including 10 seats, as well as dedicated space for wheelchair users. The whole system owns about 70 cars. It can carry about 3,500 passengers traveling between Tung Chung and Ngong Ping per hour in single direction.

Ngong Ping Village refers to a small market near to the Ngong Ping Cable Car Terminal, covering a total area of 1.5 hectares. Traditional Chinese architectural designs are a feature of the Ngong Ping Village, which contains an assortment of shopping and dining experience . It has several attractions around, such as Walking with Buddha, the Monkey's Tale Theatre and Ngong Ping Tea House.