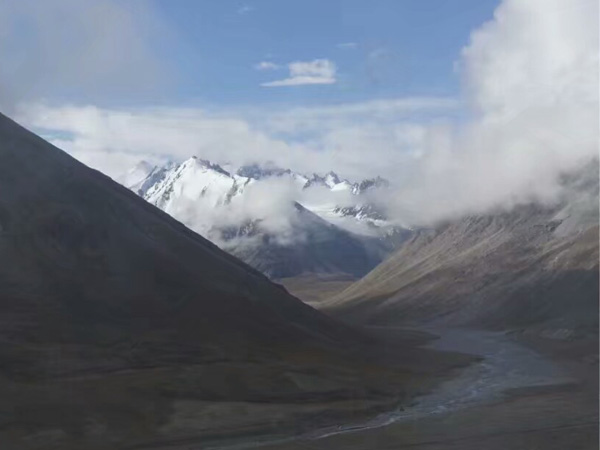 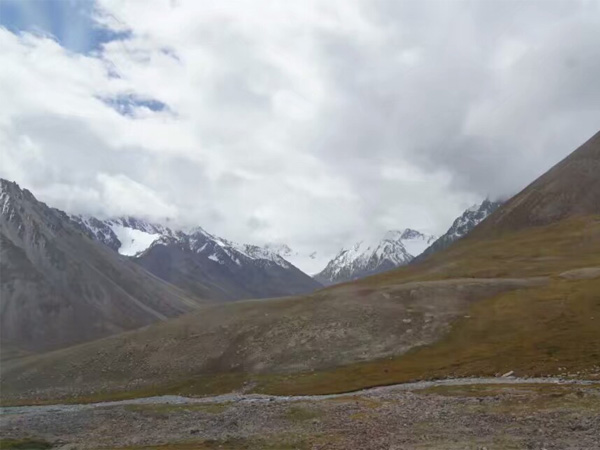 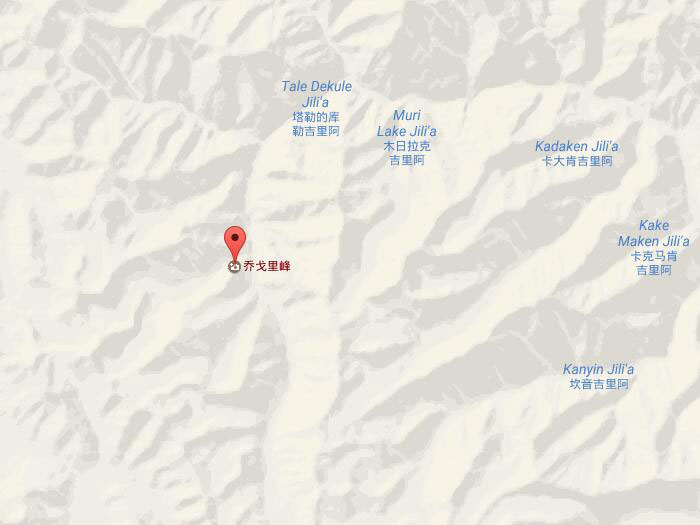 The second highest peak in the world.


Chogori (Chinese name: 乔戈里峰) in Tajik means "tall and majestic peaks", with an elevation of 8611 meters, it is the main peak of Karakoram Range, and it is the second highest peak following the peak of Mount Everest. It is situated in the border between China and Pakistan. Its height is ranked in the second place in the fourteen peaks of whose are eight kilometers above sea level in the world, and it is also called the K2 peak by foreign country. It is one of the climbing difficulty peaks recognized by international hiking field.

The Chogori is the second peak in the world, but compared with climbing difficulty and death rate, the climbing difficulty is higher than the world first peak Mount Everest and the death rate is higher than Mount Everest, this is a very terrible numbers, so hiking field give it a lot of names like "savage peak", "no return peak", etc. At the same time, the Chogori peak has been called a peak refuse to women. So far, there is no women can reach the mountain top.

During the year 2003, there were 262 climbers race to the top of Mount Everest, while the people who climbed to Chogori are no more than 200 people with 50 years or so for many reasons. Everest base camp seems thronged, noisy, and the Chogori’s stronghold is in a remote location, it is located in a large glacier of a palace that builds with gravel by usually only several workers in Pakistan. There are only two roads to get to the base camp. The first way is flying to Islamabad, then takes the car for 500 km towards northeast and arrived in Kashgar, then taking the jeep across the southern edge of the Taklamakan Desert, and change camel to go through the deserted Shaksgam Valley. Another way is relatively easy to go, that is, from the Yecheng county to take car to Mazar , and walk a simple road for 25 kilometers to Mazar Darla, through 40 miles of a way that is hardly to track. When arrived in northern Pakistan's glaciers, there is still 50 kilometers to go again on the glacier. There are bones, base rock, glaciers, the storm, the deep valley, and so on along the road, which frighten people and stop people. In the Mount Everest has completed service system, tents, road rope, supplies, but there is almost no high mountain cooperated and commercial service company in Chogori. From the geographical position, because the Chogori is eight latitude higher than Mount Everest, the climate is very bad, it is almost impossible to have good weather for a week for tourist to climb, even in the climbing season, it is also rare to see a few times to climb to its summit. The Chogori and pyramid has a delicate relationship, from the satellite image, the great pyramid and the Chogori in addition to size, other places are exactly the same, the layout of the three small pyramids around the great pyramids and the Chogori glaciers with the surrounding small peaks are incrediable similar. Chogori and pyramid are similar in azimuth direction of the four directions too, the four side of Chogori has slightly prominent ridge, and the four side of the great pyramid is slightly have a little dents, so Chogori is said to be a designer of the pyramid.

Chogori peak, English name is Qogir Feng, "Qogir" is usually regarded as meaning of "tall majestic" in Tajik, but it has said that "Qogir" is a Tibetan language, what means "white goddess", the reason is that, because the in the south there are Tibetans descendants. According to historical research, the south area of Chogori is their nomadic and activity area, because of their language is similar to the Tibetan language, so it can be thought of "Qogir" is a Tibetan language. But now the international hiking field called it as K2. In 1856, the Indians had visited Chogori, and do a comprehensive investigation by British Austin (Henry Haversham Godwin-Austen) and completed in 1861, he led from the Karakoram Range from the south to carry on the detailed investigation on peak condition and climatic condition, and therefore Chogori was once known as the Austin peak, from some maps you can find this phenomenon. Named after individual peaks which are not recognized by the most people, foreign hiking field claims to claim the in order to name Karakoram Range it should be based on the order, because the Chogori is the second Karakoram Range, therefore internationally recognized name is K2. And the first letter of K is actually an abbreviation of Karakoram Range in English initials.

Chogori area is not only perilous, and climate is also very bad. From May to September each year, southwest monsoon bring warm, moist air, and become rain fell in the area, and it is the rainy season in this region. Middle of September to the following mid April, with a strong west wind blowing here, it brings the harsh winter. Peak of the lowest temperature can reach to minus 50 degrees; the maximum wind speed can reach more than 5 m/s, what is the forbidden season due to mountain climate. From May to September, as a result of warming snowmelt and dropping, it is usually a surge in the mountains caused by valley water level raising, therefore, the best opportunity for mountaineering activities should be arranged in May to the early June e enter the mountains, at the time the river water raise, but it is not too severe; from July to September, the temperature in the top of the mountain is a little higher, and good weather lasts longer, when is a good time to climb.

At an altitude of 7000 meters above the sea level there is usually happened wind blowing, with a magnitude 8 or more, winds speed of more than 60 kilometers per hour, sometimes a second can reach 25 meters, and snow would fall 4 to 5 days in a row, at the lowest temperature reached more than minus 50 degrees, the summit has been surrounded by heavy smog. In May to September each year, southwest monsoon bring humid air, this is the rainy season, it is usually have snowmelt and rainfall , what can lead to a valley water surged, and make human and animal are difficult to enter this area.