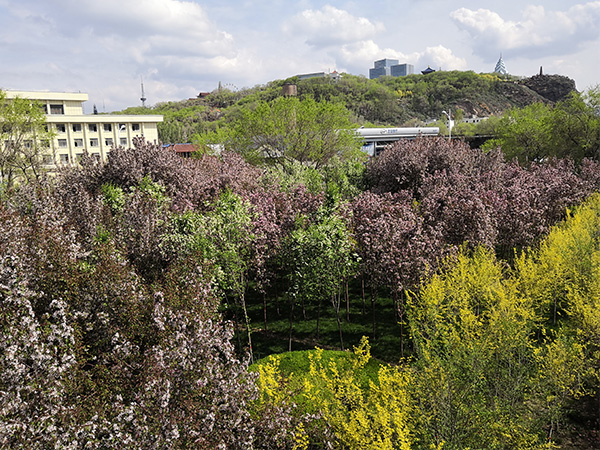 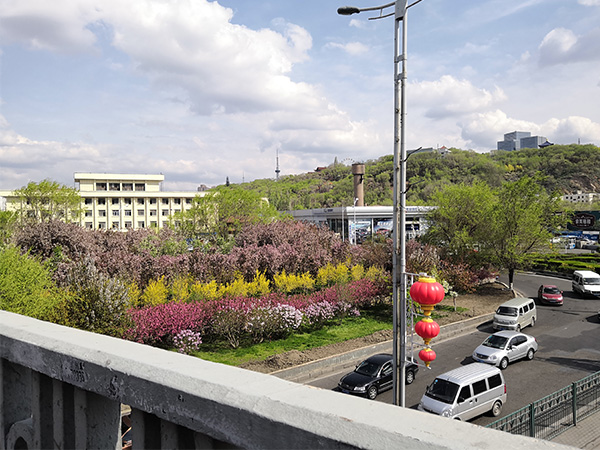 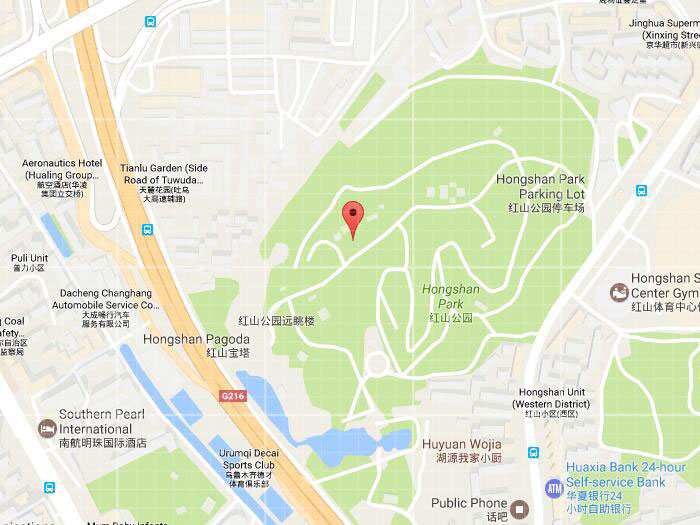 
Red Hill Park (Hongshan) is a pleasant spot to visit when you first arrive in Urumqi. The views from the top of the mountain of the surrounding countryside and breathtaking mountains make the steep (but short) climb worthwhile.

Red Hill is a symbol of Urumqi, owing to its uniqueness. The body of the mountain has a reddish brown color, which gave it the name Red Hill. Less than one kilometer away, Yamalike Hill stands facing the Red Hill, and Urumqi River lies between the two hills.

There is a legend that says in ancient times a red dragon fled from the Tianchi Lake and the Empress of the Heaven caught him and sliced him in two with her sword. Later on, a hill was formed from each half of the dragon. The western hill is Yamalike Hill and the eastern one is the Red Hill. The sword turned into the Urumqi River.

Today, the Red Hill has been developed into the beautiful Red Hill Park. Modern entertainment facilities and ethnic performances bring a fresh and lively atmosphere to the park. On the peak of Red Hill, you can have the whole city of Urumqi before your eyes!