Peking opera is a traditional style of Chinese theatre performance and is regarded as the quintessence of Chinese culture, enjoying a history of more than 200 years.

With its unique combination of music, vocal performance, mime, dance and acrobatics, Peking Opera is an ideal medium for interpretation and performance of traditional and historic myth and legend. 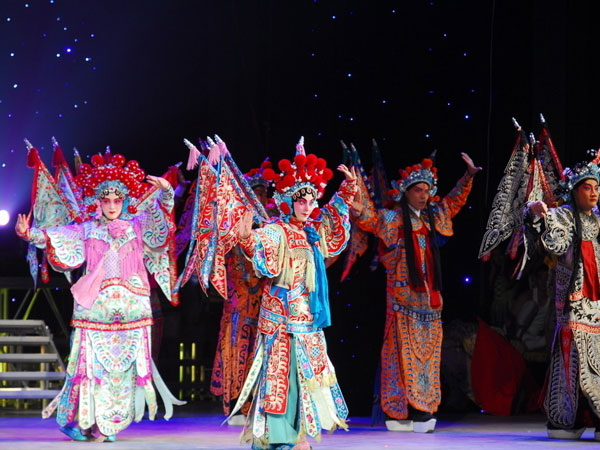 Beijing Opera is a form of traditional Chinese theatre which combines music, vocal performance, mime, dance and acrobatics. It enjoyed its greatest popularity beginning some two hundred years ago and was extremely popular in the Qing Dynasty court where it came to be regarded as one of the cultural treasures of China. Beijing opera features four main types of performers; with their elaborate and colourful costumes, performers are the only focal points on Beijing opera's characteristically sparse stage. They utilize the skills of speech, song, dance, and combat in movements that are symbolic and suggestive, rather than realistic. Above all else, their skill is evaluated according to the beauty of their movements. Performers also adhere to a variety of stylistic conventions that help audiences navigate the plot of the production. There are six main types of song lyrics in Beijing opera: emotive, condemnatory, narrative, descriptive, disputative, and "shared space separate sensations" lyrics. Each type uses the same basic lyrical structure, differing only in kind and degree of emotions portrayed. Costumes function to distinguish the rank of the character being played and generally feature brilliant colours and rich embroidery. If you have the photographic skills to capture movement and colour, a Beijing Opera performance will reward you with rich imagery. 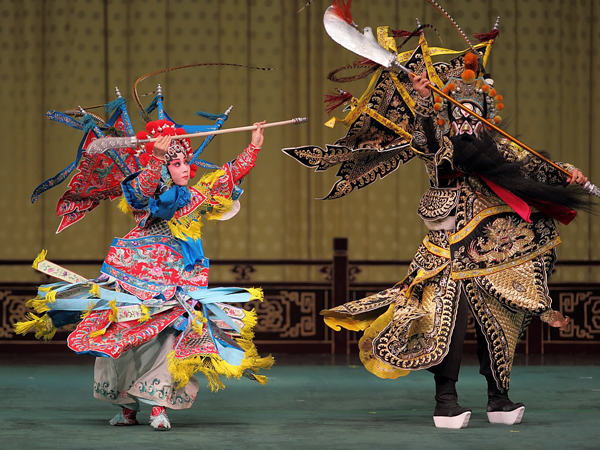 Where to See Peking Opera in Beijing?