Here is your chance. In a quiet Hutong residence, you can choose to learn from experts; Chinese Knot, Paper-cut to Flower or Clay figure, whichever arouses your interest.
Paper-Cuts

Paper-cut is also called paper sculpture. It is one of the oldest folk arts for Han people in China. Paper cut follows art of hollow, which can be made on paper, gold or silver foil, bark, leaves, cloth, leather, ect.

Chinese traditional paper-cut has a long history of more than 1,500 years and are fairly popular in countryside, especially in North China. People cut red paper into a variety of patterns by using scissors on some special days or festival to decorate different part of their houses, such as window, door, wall, ceiling, lantern, ect. The patterns might be Chinese character, flower, animal, ect. For example, if a family is holding a wedding, they will put up the paper-cutting of “囍” on their windows, doors, wardrobe, ect to show this is a special and happy day for their family as well as the newlyweds. It is also a kind of blessing to the newly-married that they will have a happy life. During Chinese lunar New Year, we often put up the paper-cutting of “福” on windows or doors as a new year wish. The Chinese character “福”means happy and good fortune. 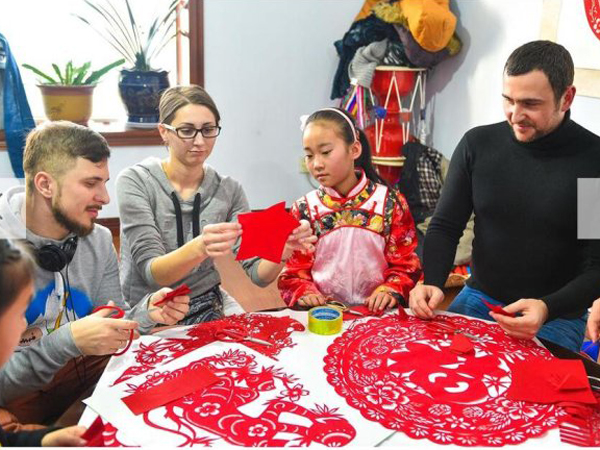 Chinese people use the plain, vivid and interesting paper-cut in their daily life to express good wishes. Paper-cut is the treasure in Chinese folk arts.

Chinese Knots
As a symbol of Chinese traditional culture, Chinese knot is loved by people from different countries. It is a kind of typical weaving art and folk handicraft in China. It shows Chinese people’s wisdom and deep Chinese culture background.

Chinese Knot is indoor decorative handicraft with long history from Tang Dynasty. A traditional Chinese knot is made by only one thread from the beginning to the end. People work out distinctively shaped, colorful and meaning knot by connecting different knots and some ornaments. Generally speaking, the material for Chinese knot is red thread, which might be silk, cotton, linen, nylon, blending, ect. 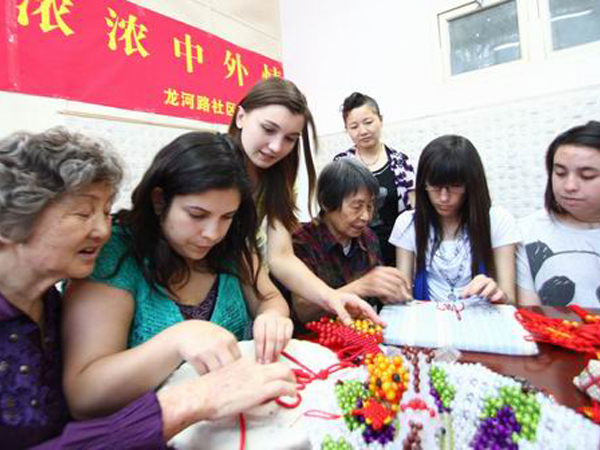 A ‘Chinese knot' represents reunion, peace, marriage, love, acquaintance and are often used to express allied good wishes. Large Chinese knots serving as wall hangings have the same decorative value as fine paintings or photographs, and are perfectly suitable for decorating a parlour or study as well as the hall.
Clay Figurine Zhang

Clay figurine is a kind of painted sculpture, which is regarded one of the archaic folk arts in China with a long history. It is mostly spread in Northern China. Why is clay figurine called Clay Figurine Zhang? It is because clay figurine was initiated by a craftsman in the late Qing Dynasty, who was called Zhang Mingshan. Zhang learned the skill of clay figurines from his father. As he was very clever, diligent and full of imagination, his skill is very good that he could make vivid clay figurines of people. He could not only make the clay figurines for heroes from some Chinese folk stories, novels and operas, but also make clay figurines for some scenes from daily life. 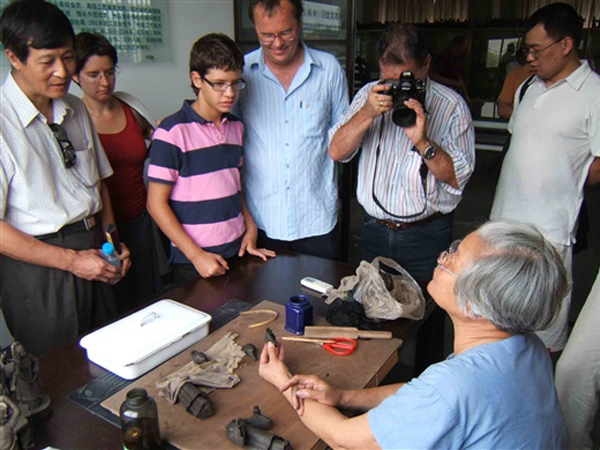 He created more than 10,000 clay figurines during his whole life and his unique handicrafts became famous and valuable both at home and abroad.

Kite was made during work around 2,000 years ago in Spring and Autumn Period of Chinese history. It was made by putting up paper or silk on a bamboo framework and tying a thread on it. Wind could blow it high into the air. It was created for conveying information in the ancient times. Flying kite began to become a popular outdoor activity from Song Dynasty. Nowadays, Chinese people still like flying kite, no matter kids or seniors as it is not only a playing, but a good outdoor activity, which is helpful for eyesight and keeping fit. 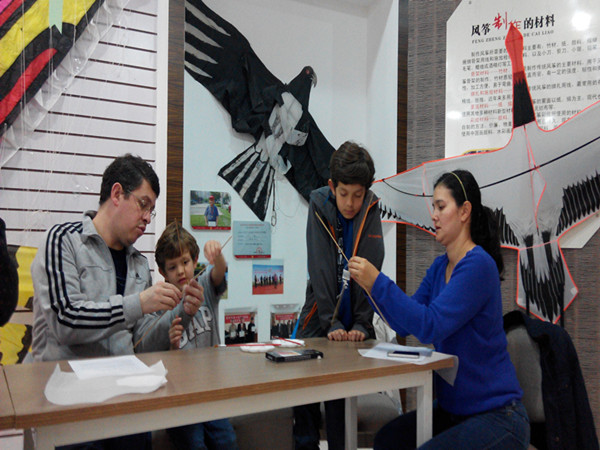 Facial make-up is a kind of make-up painting on the faces of opera actors in Chinese traditional opera. It is a type of plastic arts on stage. Facial make-up is used to represent different dispositions and features of characters on stage. For example, the traditional Chinese operas, such as Han Opera, Kunqu Opera, Peking Opera, Shanxi opera ( popular in the northwestern provinces), all have facial make-up. The pattern and color of facial make-up on actors’ faces clearly tell the audiences what the character's personality traits and ethical characteristics are. Facial make-up makes the characters on the stage clear. The audiences no longer bother to do guessing, reasoning or judgment. 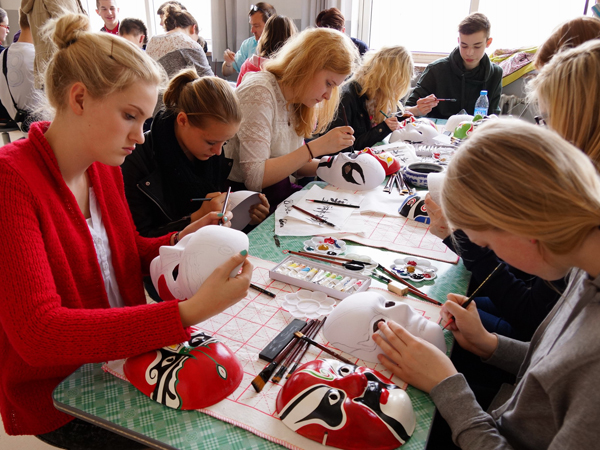 Except for the patterns, color is quiet import for making facial make-up. Different colors imply different meaning on characters. Red face: a symbol of loyalty and upright. Black face: neutral expression of personality of being serious and stern. White face: on behalf of being fierce, treacherous, suspicious. Yellow Face: a symbol of being brave and irritable.

Learning to make facial make-up is a good chance to learn traditional Chinese opera culture, and it would be an interesting thing in your China trip. If you want to take part in this culture project, TopChinaTravel can make arrangement for you. You will be tough how to make facial make-up by a experienced teachers in a local residence in Beijing Hutong.