Acrobatics is the performance of extraordinary feats of balance, agility and motor coordination.

In China, acrobatics have been a part of the culture since the Western Han Dynasty, over 2500 years ago. During the Tang Dynasty, Chinese acrobatics developed much as European acrobatics had during the Middle Ages.  Acrobatics continues to be an important part of modern Chinese variety art, where items include the universally recognised Lion Dance, oral stunts, pagoda of bowls, juggling, wire walking etc. 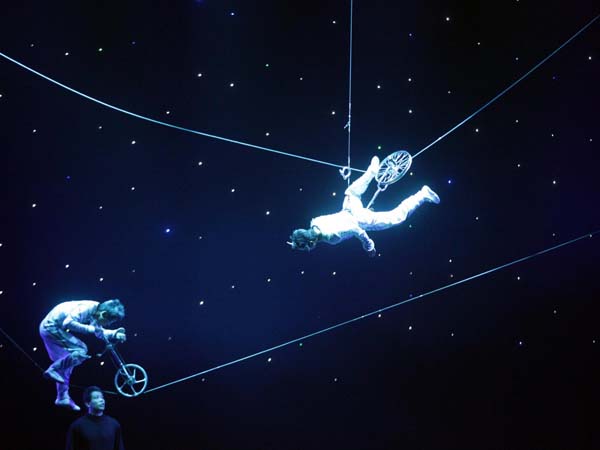 That strength, confidence and fearlessness are critical requisites of a skilled acrobat becomes clear when we realise that the somersaults, leaps and lifts, the incredible feats of balance, coordination and strength are real; the items produced by the conjurers, the tables and bowls of water, often containing live fish; the large porcelain jars balanced and tumbled with apparent ease; all are identical to the everyday items we could buy in shops.  Unlike western magicians, whose props are part of a stage set, and employ smoke, mirrors, electronics and lighting effects, a Chinese acrobatic conjurer has to carry these items upon their person throughout their act, concealed beneath a loose gown till the climactic moment when they produce them to a stunned audience. Usually, that moment comes during a series of gymnastic feats including somersaults and spins that are awe-inspiring in their own right.

Where can I enjoy an Acrobatic show when I visit to Beijing?