Where to Stay in Zhangjiajie

Zhangjiajie has been known as a famous tourist place as the classic film Avatar was shot in Zhangjaijie National Park. Tourists are attracted to Zhangjiajie by its reputation. The natural scenery is quite fascinating and attractive. There are two national parks in Zhangjiajie. One is Zhangjiajie National Forest Park, comprising Tianzishan Mountain Nature Reserve, Baofeng Lake, Yangjiajie Scenic Area, Golden Whip Stream and Suoxi Valley, and is a very popular filming and tourist destination. Zhangjiajie National Forest Park is located in Wulingyuan Distrct, about 35 km from downtown Zhangjajie. The other is Tianmen Mountain National Park, Tianmen Cave, Tongtian Avenue (Avenue toward Heaven), Tianmen Mountain Cableway. It is quite closed to the downtown. As for those who comes to Zhangjaijie for the first time, he may have no idea about where to stay in Zhangjiajie is the best place to maximize the tourist time. Here some useful tips are recommended for you. Hope It helps you to find a good accommodation in Zhangjaijie.

Staying in downtown will enjoy convenient transportation. The downtown area is quite important to arrive and leave Zhangjiajie, for it is near to the railway station and the airport. Also, the famous Tianmen Mountain is closed to the downtown. The station of cable car, which will take you up to Tianmen Mountain, is near to the bus station in Remin Road in downtown. The cableway has a length of more than 7000 meters. Staying in downtown would be convenient to visit Tianmen Mountain. It is about 35 km/40 minutes drive from downtown to Wulinyuan, where Tianzi Mountain, Yangjiajie Scenic Area, Golden Whip Stream, Baofeng Lake are located.

There are a lot of choices for accommodation in Zhangjiajie, from star hotels to hostels and inns. You may choose the one that meets your budget. 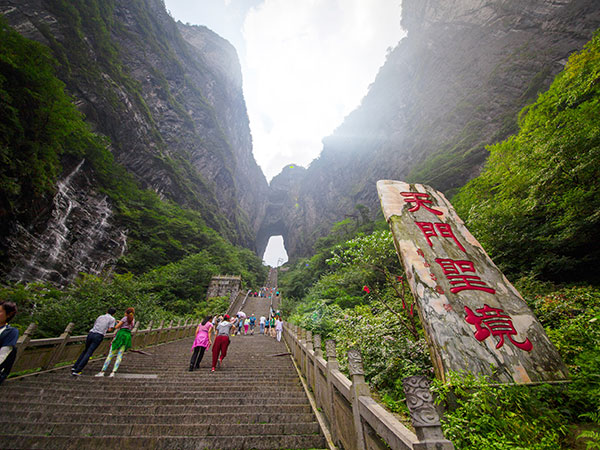 Suoxiyu Tickets Office is also called Wulingyuan Ticket Office, where tourists can also buy ticket to get into the park. This are is the most chosen area for staying one or two nights to visit Zhangjiajie National Park. The transportation between Wulingyuan and downtown is quite convenient. There are many public buses traveling. Sometimes, there are buses leaving for Fenghuang Ancient Town or Changsha.

It is about 35 km from downtown downtown, but it is surrounded by restaurants famous for various Chinese flavors, special local product shops, supermarkets, recreation spots and Living facilities. The accommodation here is on middle or high-end level, such 5 star deluxe hotels and 4 star hotels. Staying in this area can easily get to Yellow Dragon Cave and Baofeng Lake. The entrance ticket for Zhangjiajie National Park is valid for three days. 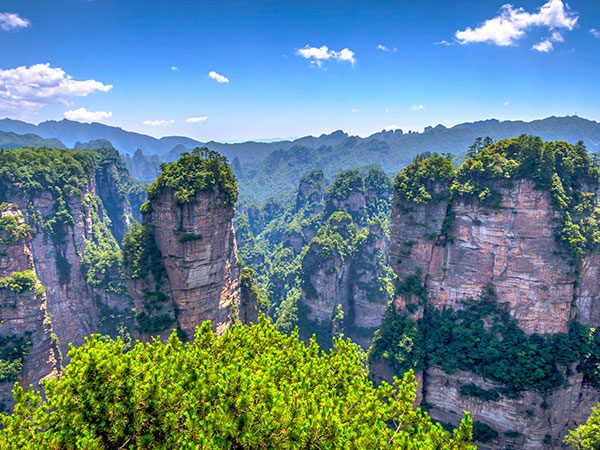 Staying in Zhangjiajie National Park Gate Area for one night is also an alternative choice. This area is near to Tianzi Mountain Nature Reserve, Yangjiajie Scenic Area, Golden Whip Stream and Yellow Dragon Cave. You can follow the tourist route starting from Golden Whip Stream to Yangjiajie Scenic Area, either by foot or by the environmental bus. For this area is about 30 km away from Zhangjiajie downtown, most of the accommodation is hostels with limited condition, but it is cheap. If you do not have strict requirement for staying, it would be a good choice. By the way, tourist bus route from Yuanjiajie Scenic Area to Tianzi Mountain is suitable for watching red leaves in autumn. Also, there are buses traveling between the area and downtown, do not worry about that. 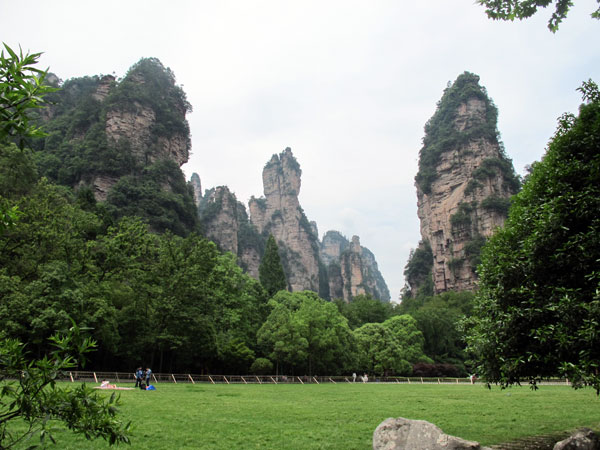