How Can I Get to Fenghuang Ancient Town 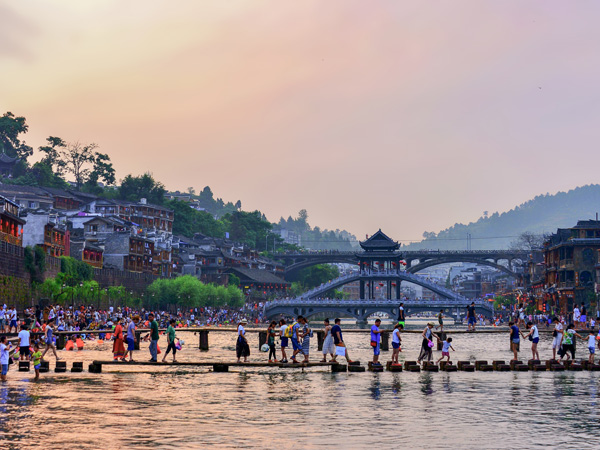 ►The nearest airport is Tongren-Fenghuang Airport in Guizhou City, which is about 30 kilometers from Fenghuang Ancient Town. It is a remote small airport with few flights and not many places have flights to this airport. Tourists need to take taxi to Tongren Bus Terminal first, from which they can take bus to Fenghuang. The Bus to Fenghuang runs between 07:30 and 16:30. It departs from Tongren once it is full. It takes about 1.5 hours and the ticket fare is CNY 25 per person per way. Besides, tourists could choose to rent a taxi to Fenghuang at CNY 150 per car per way.

The bus schedule is as below:

►You could fly to Zhangjiajie Hehua Airport. Then take Bus No. 4 or take a taxi at CNY 30 per car per way to Zhangjiajie Bus Terminal, from which there are 2 buses to Fenghuang at 08:00 and 14:30 respectively. The bus fare is about CNY 70 per person per way. Duration is around 4.5 hours. 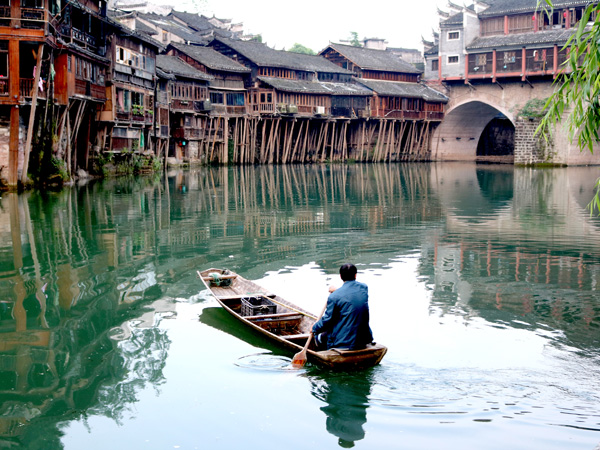 2.Huaihua Railway Station - Fenghuang
It just need to pay a little to take a taxi from railway station to Huaihua West Bus Terminal, where there are buses to Fenghuang from 07:30 to 18:00. The fare is about CNY 40 per person per way and it takes about 70 minutes on the bus. The bus departs once it is full.

3. Tongren Railway Station - Fenghuang
Tongren North Bus Terminal is just on the opposite of railway station. The bus for Fenghuang runs from 07:30 to 16:30. It departs once it is full. The duration is about 1.5 hrs and fare is CNY20-30 per person per way.