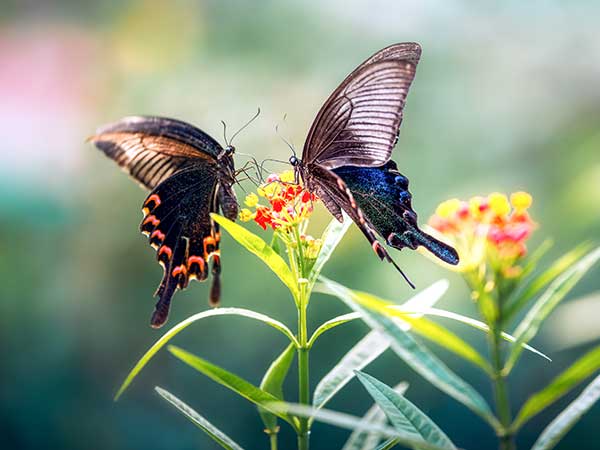 By Air
Xishuangbanna Airport was put into service in April, 1990. It is five kilometers away from Jinghong city. In April, 1996, it also opened international routes to Bangkok. The airport is the second-largest airline next to Kunming Changshui International Airport in Yunnan Province.
It is 520 kilometers flying from Kunming to Xishuangbanna, duration 45 minutes, one-way fare is about 600 Yuan. There are 8-10 daily flights, which is the highest density routes of domestic flights. You can also fly to Simao and then take the bus to Jinghong.
In addition, the Xishuangbanna Airport also has opened flights to Dali, Lijiang, Shanghai, Zhengzhou, Tianjin, etc.
Highway:
Xishuangbanna’s road transport is convenient. The National Road 213, 214 are intersected in Jinghong City. The highways are leading to Mongla, Lancang and Gede in Quanzhou. When you get to Jingkong, there is several bus stations could offer service to the attractions you want to visit.
From Kunming to Hongjing City, the distance is 700 kilometers. Visitors can purchase long-distance bus ticket at Bus Terminal next to Kunming Railway Station. Every day there are over 20 regular shuttles to Jinghong, driving for 24 hours, and the fare is about 110 -150 Yuan.
Water Transport:
Lancang River waterway: along the river, can access to Ganlanba. Now there are waterways from Jinghong to Chiang Saen of Myanmar and Vientiane in Laos.

Taxi
Jinghong City’s Taxi fares starting at 5 Yuan, and starting at 7 yuan out of the city. It is charged strictly by the mete.
Bicycle
Jinghong city is not large, so rent a bike is also a good choice. In some hotel, you can rent bicycles, but needed to pay a deposit.
Rickshaw
Shorter journey or want to watch the cityscape, rickshaw is a good choice which costs around 2 Yuan.