English
Feedbacks & Reviews | About us | Contact us
Home > Destinations > Xishuangbanna

Xishuangbannan, located south of the Tropic of Cancer, is the tropical monsoon climate. The mountainous area belongs to the subtropical humid monsoon climate. It is warming all year round, sunny and rich in heat, humid and rainy. It has long summer and no winter. The year is only divided into rainy and dry seasons. The rain season is from late May to late October, while dry season is from late Oct. to the late May of the next year. The rain seasons last for 5 month, and the precipitation accounted for more than 80% of the annual precipitation.
Because of the special climate in Xishuangbanna, there has never ever snowed before. Even in the coldest January, the average temperature here is 16 ℃. However, during the hottest time, the average temperature in Xishuangbanna is only 28 ℃. Xishuangbanna people are looking forward to see snow, but it seems this is not possible.
"Hot" is a major feature of Xishuangbanna climate. Take Jinghong for example, the annual average temperature is 21.9 ℃, and the monthly average temperature from April to October is 22.5 ~ 25.6 ℃.

•Best time to visit Xishuangbanna:
Xishuangbanna belongs to tropical rain forest climate, no intense heat of summer and severe cold winter, warm and pleasant all year round. Best time to travel is from October to next June.
Xishuangbanna only has wet and dry seasons. The annual average temperature is 21 ℃ and never snows here, even in January. The daytime temperatures are high; a sweater is enough in winter.
•Try to Avoid domestic travel seasons
Try to plan your Xishuangbanna tour to avoid the peak holidays. Because they are popular with Chinese tourists, Xishuangbanna attractions become more crowded in these periods.
The most crowded seasons in China are Chinese Spring Festival (usually in late Jan or early Feb.), International Labor Day (May 01 to 03) and National Day (Oct 01-07). Spring Festival and the National Day golden week are the most crowded time for travelling. 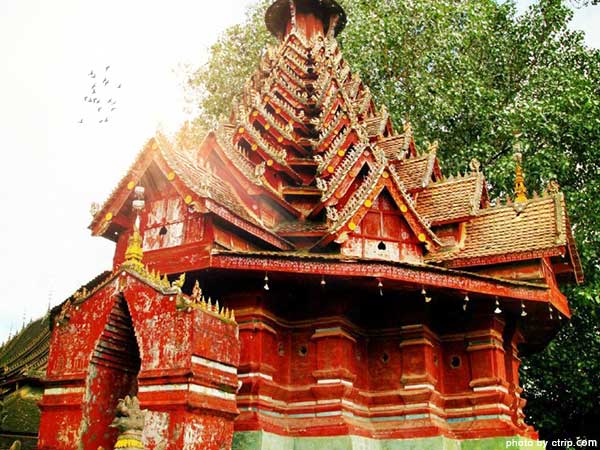