Xining Caojiabao Airport is the only second level airport in Qinghai Province, and an important air traffic hub on Qinghai-Tibet Plateau. It has opened direct flights to Beijing, Shanghai, Xi'an and other cities. Xining Caojiaobao Airport’s Terminal Area expansion project is in accordance with the passenger throughput of 860,000 passengers and cargo throughput of 9500 t designed, with a total investment of 130 million Yuan. The project will expand the terminal for 5200 square meters, transform of the existing terminal and adjust the expansion of the apron, the new Airport Center Plaza 580 square meters, and alter existing roads and parking lots, transform the airport outside power lines, for drainage network, communication lines and other projects. After the completion of the project, the apron can park 8 aircraft at the same time. 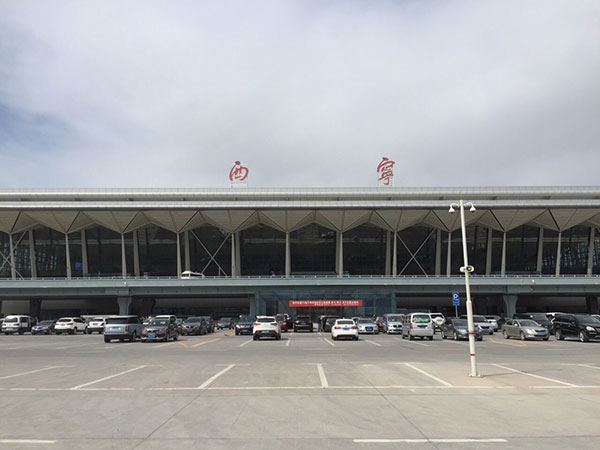 On May 17, 1985, the State Council approved to build the new Xining Airport, the airport a total investment of 130 million yuan (actual completion of 1.9825 billion) according to standard 4D-class airport construction. The provincial government officially included in the airport construction project among the key construction projects in Qinghai Province, October 27, 1989, formally approved new construction starts, after more than 3,000 builders of up to six years of hard work, Xining Caojiabao Airport basically completed in 1991, the same year in December it was formally opened.

Xining can be connected by domestic flights in the following cities: