Train from Xining to Xian

2. Generally, the seats on the train in China have tow types including soft seat and hard seat. Also, there are two kinds of sleeper seats on China's trains which are hard sleeper seat and soft sleeper seat. Hard sleeper seats are divided into upper hard sleeper, middle hard sleeper and lower hard sleeper (lower hard sleeper is the best); while soft sleeper seats are divided into upper soft sleeper and lower soft sleeper (lower soft sleeper is better).
3. In China, taking a train is a comparative cheaper way to cut down the travel cost. While correspondingly, the comfortable level is lower than by air.
Luggage: you need to take the luggages by yourself and keep an eye of them on transporting time, no luggage-checking service on the train.
Carriage: it may be crowded when in the domestic travel seasons as well as summer holidays.
Best Time to Visit Xining:
Xining is located in the eastern part of Qinghai-Tibet Plateau, with the average altitude of 2275 meters, strong sunshine. Cool in summer, temperature is mostly below 20 ℃. Every July and August, Xining is the wind blowing gently, cool and pleasant summer resort. In July, Qinghai Lake has large tracts of canola flower in full bloom. Yellow flowers and endless blue lake form a great scenery. the lake is the best tourist camp ground, and the temperature dose not exceed 18 ℃, cool and pleasant.
Best Time to Visit Xian:
The best time to visit Xi'an will be when the average temperatures are at a comfortable level (between 20°C / 68.0°F and 30°C / 86.0°F on average) which is during months June, July, August and September. 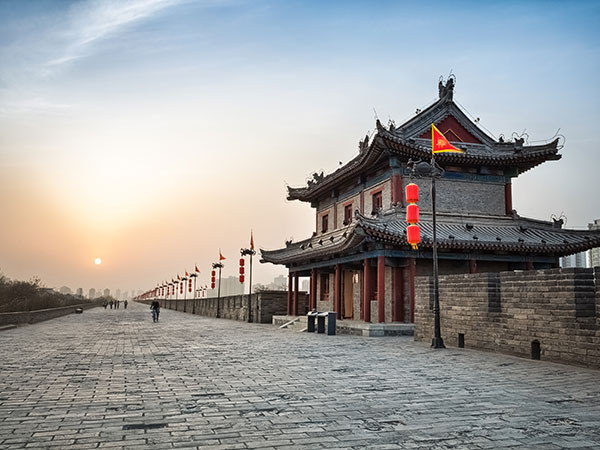