Famous Landmarks in Xining are considered the Name Card of Xining, like Qinghai Lake, Dongguan Mosque and Taer Monastery, etc. ancient and new. They are somehow; represent a certain character or role Xining played to the world. Come with TopChinaTravel, to witness and appreciate those famous Xining Landmarks.
Qinghai Lake

Qinghai Lake, historically known as Koko Nor or Kuku Nor, is the largest saline lake and also inland lake in China. People considered Qinghai Lake as "green lake" or "fairyland" because of the marvelous and natural beautiful reflected on it. It is an important place in history which has been the traditional meeting place between Mongolian and Tibetan societies. 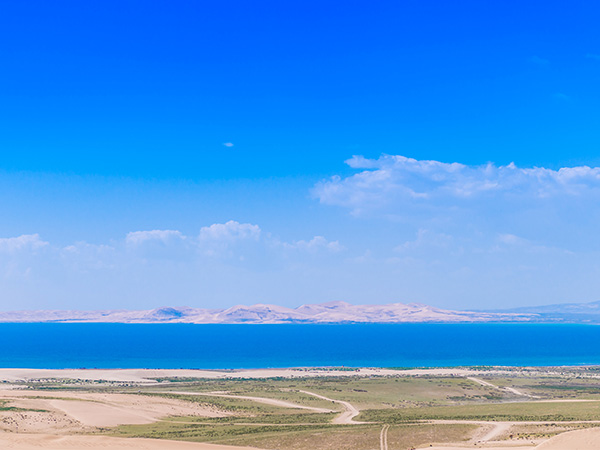 Each year, Sep. and Aug. are the most comfortable time to travel to Qinghai Lake. The rape flowers are in full blossom. The cycling race around the lake held here annually. In April and May, the grassland is not green, but it the best time to visit Bird Island.
Dongguan Mosque
Dongguan Mosque, with a history more than 600 years, is one of the largest mosques in northwest China. The architecture of Dongugan mosque combines traditional Chinese style and the local features, with grand appearance and delicate, dazzlingly inside ornaments. The great mosque features a magnificent Islamic architecture with towers, walls and a temple-like main service hall. Now this mosque serves as an educational center and institution of higher learning for Islamism, and also is the leading mosque in Qinghai. 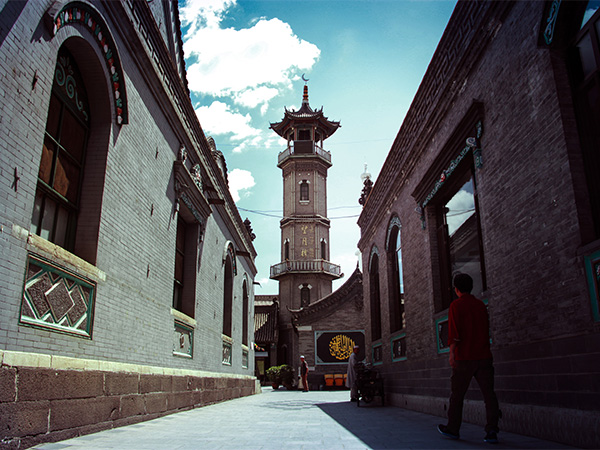 Dongguan mosque is not only for Muslims religious activities, but also the highest Islamic institution. Since the Republic of China, the founder of Islam and their heirs of Ikhwan sects of Islam named the mosque Haiyi Mosque, and cultivate a large number of Islamic scholars.
Taer Monastery
Taer Monastery, or Kumbum Monastery, is located 25 kilometers southwest of the Lushaer Town of Huangzhong County in Xining. Taer Monastery is activity center of Tibetan Buddhism in northwest China. It is renowned in China and Southeast Asia. Successive central governments are much respected Taer Monastery’s religious status. 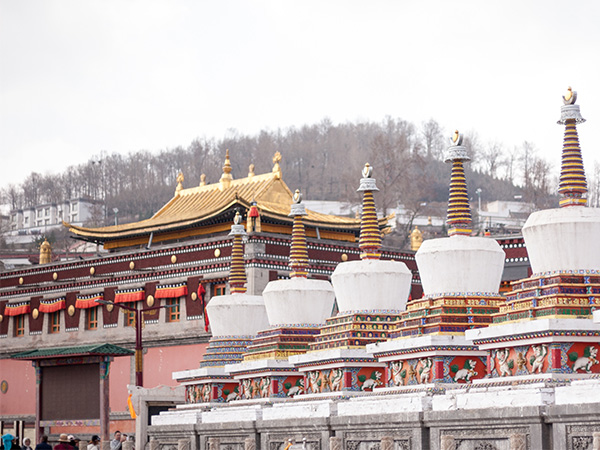 Butter sculpture, murals and Barbola are known as “The Three Arts of Taer Monastery”. In addition, there are also preserving many Buddhist treasured classics and history, literature, philosophy, medicine, legislation and other aspects of academic monographs. Buddhist activities held annually "Four Dharma Assemblies”, which is bustling.
Taer Mosque is one of the six major monasteries of Gelug Sect of Tibetan Buddhism. It is also one of the premier attractions in Qinghai Province and the national key cultural relic protection units.
Related Information:
More Attractions in Xining: Xining Attractions
Highly Recommended Tours: Xining Tours