Xian Railway Station is one of the railway terminals. The construction of the main building of the station was completed in 1985. There are trains to each province and it is a very important transfer station to Northwest and Southwest of China. 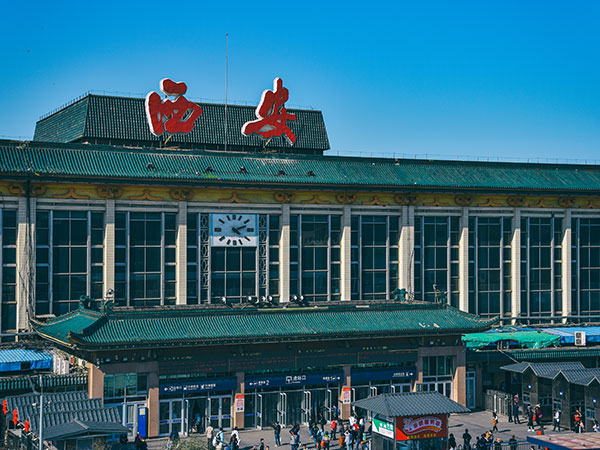 Xian Railway Station was first built in Dec., 1934, and officially operated in June, 1935.

In 1984, it began the reconstruction project. On Dec. 31st, 1985, the main building finished construction.

In 1988, the station upgrade to top grade station from the frist class station.

In Oct. 1st , 1990, the Ticket office and the office building was completed the construction, and the whole reconstruction project was completed. There are Ticket Hall, Waiting Hall, Package Hall and supporting facilities such as restaurants, tourism services. Waiting Hall has east and west Allocation Halls, normal waiting room, infant & mom waiting room, soft sleeper waiting room and other room which are all together 12 wairing rooms with the capacity of 7000 people. The Ticket Hall is at the east part of the Waiting Building. There are 60 ticket windows. And there are 84 Train ticket booking points in the city.